Jobs recovery continues in May: But local governments yet to turn the corner 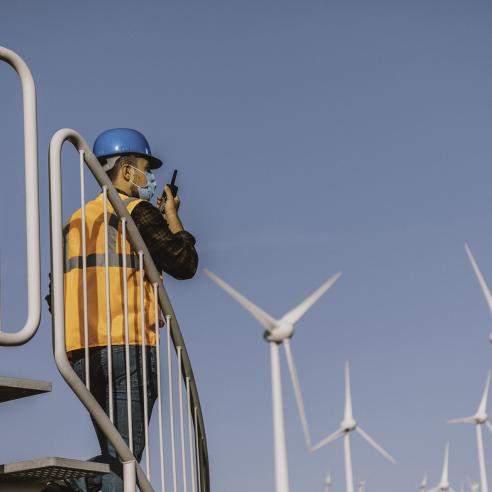 The May Employment Situation report from the Bureau of Labor Statistics (BLS), released June 4, signaled that economic recovery is back on track as 559,000 jobs were added to the economy. With those additional jobs, the unemployment rate decreased by 0.3 percentage points to 5.8 percent – the first time the rate dropped below 6 percent since the pandemic began. This unemployment rate decrease reverses the marginal increase of 0.1 percentage points in the previous month.

Another promising sign in May was the decline of 431,000 in long-term unemployment, which now comprises 41 percent of all unemployment. This decrease is especially encouraging since those who have been unemployed for over 27 weeks typically have a more difficult time finding a job than those who have been unemployed for less time. At 3.8 million, however, long-term unemployment is still 2.6 million persons higher than its pre-pandemic level. This month also saw decreases in both temporary layoffs (-291,000, to 1.8 million) and permanent job losers (-295,000, to 3.2 million). Temporary layoffs remain 1.1 million higher than pre-pandemic levels – though considerably lower than its high of 18 million in April 2020 – and permanent job losers remain 1.9 million higher.

May’s growth in the labor market sets the economic recovery back on track, but with 7.6 million jobs still to be recovered, the recovery process is far from over. At 5.8 percent, the unemployment rate is still 2.3 percentage points above the February 2020 rate.

Despite overall gains in employment, the local government sector has yet to begin the recovery process. While nearly every sector either gained jobs or at least remained stagnant, local governments lost 19,800 non-education jobs. Only two other sectors lost more jobs: the construction sector (-20,000 jobs) and food and beverage stores (-26,000 jobs), underscoring the importance of State and Local Coronavirus Fiscal Recovery Funds. These funds have not yet hit communities and are a large component of the nation's recovery process.

With the passage of the American Rescue Plan Act in March, the release of U.S. Treasury interim guidance in May and the distribution of funds now commencing, counties are strategizing how to most effectively invest the allocations to promote long-term growth. Over the next few months and years, the impact of the $65.1 billion federal investment in county governments (through the State and Local Fiscal Recovery Fund) will be made clear. Already, many counties are planning to invest in transportation and infrastructure, in economic development and small businesses, in expanding broadband access, in workforce training and in housing. Counties are uniquely positioned to support communities responding to the pandemic, and these funds will further help local recovery efforts.

As the number of cases decline, vaccine efforts continue and businesses reopen, economic activity picked up over the month, and various labor market indicators showed the pandemic loosening its hold on the economy. Last month, 9.4 million workers were unable to work because their employer closed or lost business due to the pandemic. That figure dropped by 1.5 million in May, to 7.8 million workers. Additionally, the number of persons prevented from looking for work due to the pandemic continued to decline over the month by 300,000, to 2.5 million (from 2.8 million in April). The share of employed persons that teleworked or worked at home for pay at some point in the last month also dropped, from 18.3 percent (in April) to 16.6 percent (in May) as more workers continue the transition back to in-person work. All these indicators, along with the unemployment rate, suggest a significant demand for workers in the labor market as the effects of the pandemic diminish.

The labor force participation rate—the number of people either employed or unemployed as a proportion of the noninstitutionalized working-age (age 16 and older) population—changed little (+0.1 percentage points) and remains 1.7 percentage points lower than pre-pandemic levels (February 2020). Thus, few workers entered (or reentered) the labor market to look for work in May, in spite of the increase in jobs available.

As state and local governments continue to ease pandemic-related restrictions and demand for services businesses increases, sectors such as leisure and hospitality sector saw notable job gains over the month. The sector added 292,000 jobs in May, accounting for the majority of the job gains in the labor market over the month. Most of the gains in the industry occurred in food services and drinking places (+186,000). Other major industries that experienced notable job gains in May are health care and social assistance (+46,000), information (+29,000), manufacturing (+23,000), transportation and warehousing (+23,000) and wholesale trade (+20,000). Despite this trend toward recovery, nearly every major industry remains well below pre-pandemic levels.

Unemployment rates for Black, Hispanic and white workers, by gender, Feb. 2020 vs. May 2021

Overall, the May Employment Situation demonstrated that the economy is returning to its recovery trend, with 559,000 jobs added, a decrease in the unemployment rate and a substantial drop in long-term unemployment. The local government sector continues to lag behind other sectors in the recovery process, but the infusion of funding from the American Rescue Plan is predicted to spur on this sector’s recovery over the next few months and years. Much work remains to resume pre-pandemic levels, but May’s report gives cause for an optimistic outlook.

Read the full May Employment Situation from the Bureau of Labor Statistics here.