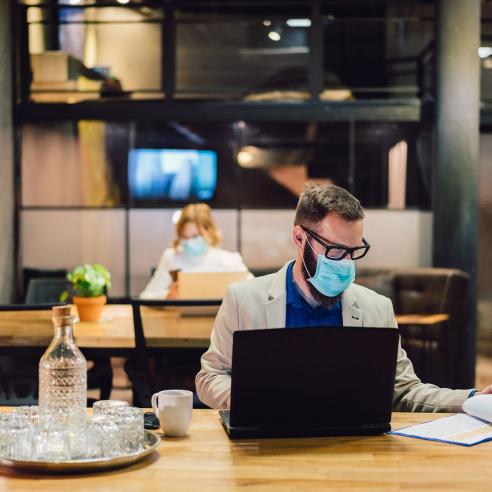 The Bureau of Labor Statistics’ (BLS) January Employment Situation reveals a stagnant national economy, no longer on the road to recovery. The unemployment situation changed very little in January, with only 49,000 jobs recovered, leaving 10.1 million Americans still unemployed, and an unemployment rate of 6.3 percent. The Congressional Budget Office (CBO) recently projected that, without any additional stimulus, the unemployment rate will not return to pre-recession levels until 2024.i Projections from Moody’s analytics, relying on the assumption that the $1.9 trillion dollar stimulus package is passed, conclude that the economy could create almost 10 million jobs and return to full employment by late 2022, a year and a half earlier than CBO projections.ii

Local government employment remains 1 million jobs short of its February level, despite a small increase of 36,000 jobs (net). The sector gained 49,000 education jobs but lost another 13,000 non-education jobs. These small fluctuations show that local government is by no means on the road to recovery, but remains struggling nearly a year after the pandemic hit the U.S.

Perhaps most telling of the nation’s economic stalling recovery process is the ever-increasing number of workers who have been unemployed for 27 weeks and more – i.e., for over half of the year. Long-term unemployment topped 4 million this month and now represents about 40 percent of the 10 million Americans currently unemployed. January’s increase of 67,000 long-term unemployed workers is the ninth month in a row that this figure has increased, and the number is now nearly 3 million higher than it was in February – a roughly 250 percent increase.

With 4 million long-term unemployed workers currently, the nation is heading dangerously in the direction of its previous high of nearly 7 million, which it hit in 2010 in the wake of the Great Recession. From December 2009 through November 2012, long-term unemployment comprised over 40 percent of all unemployment, hitting its high of 46 percent in April 2010. With the current trajectory of long-term unemployment throughout the COVID-19 Recession, the impacts may be parallel and therefore predictive of a slow recovery process. This trend would be especially true of local government employment, which took over 11 years to recover from the Great Recession.

Long-term unemployed persons represent the greatest strain on local government resources, as counties work tirelessly to assist these residents and find them new employment opportunities, in spite of their own diminished county workforces. For example, the Senior Community Service Employment Program (SCSEP), run by the federal government, which cost about $400 million to help 60,000 unemployed persons back into the workforce in FY2015.iii The cost and strain of long-term unemployment has only increased throughout the pandemic.

More Than Half of All Job Loss in January Were Permanent

Another sign of a stagnating economic recovery, and a signal that the U.S. has a long road ahead, is the increase of 133,000 permanent job losses. Permanent job losses represent over half of all job losses and remain 2.2 million jobs higher than in February. These losses show the true long-term economic toll of the pandemic since, unlike those who are on temporary layoff, there is no quick way for these workers to reenter the workforce. On the other hand, temporary layoffs dropped to 2.7 million in January – considerably lower than its high of 18 million in April, but still 2 million workers higher than in February.

Despite Slight Overall Increase in Employment, Many Industries Lost Additional Jobs in January

Job losses in January were spread across industries with multiple industries cutting jobs, such as manufacturing, retail trade and transportation and warehousing.

With the additional loss of 61 thousand jobs in January, the Leisure and Hospitality sector continues to be the most impacted by the pandemic, now 3.9 million jobs below February levels. This is particularly concerning because the leisure and hospitality sector primarily consists of low-wage workers, with the lowest average hourly earnings and lowest average weekly earnings of any sector.