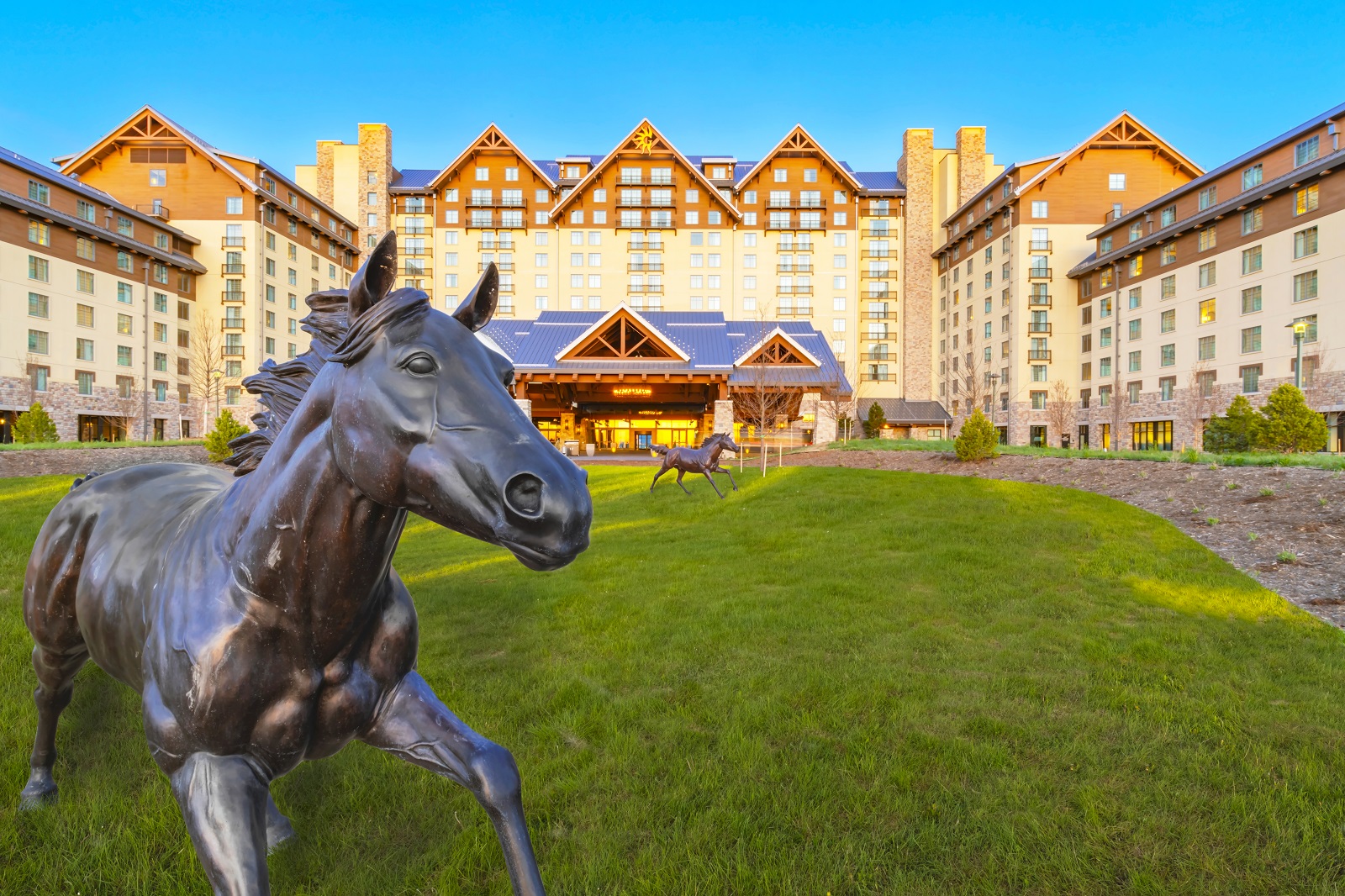 Galloping bronze horse statues outside the Gaylord Rockies Resort & Convention Center will welcome nearly 3,000 county officials and others from across the country July 21-24 for NACo’s 87th Annual Conference in Adams County, Colo. Photo courtesy of Marriott

Nearly 3,000 county officials and others are expected this week at NACo’s 87th Annual Conference and Exposition July 21-24 at the Gaylord Rockies Resort & Convention Center in Adams County, Colo., just outside of Denver.

Some of the highlights of the conference include the election of a new NACo second vice president, a virtual press conference on American Rescue Plan initiatives as well as General Sessions on Friday and Sunday that will feature exciting keynote speakers including Heather McGhee, best-selling author of “The Sum of Us,” Rahul Gupta, director of the Office of National Drug Control Policy, author Mike Ebeling, author of “Not Impossible” and Sen. John Hickenlooper (D-Colo.).

In her New York Times bestselling book, “The Sum of Us: What Racism Costs Everyone and How We Can Prosper Together,” McGhee, 42, argues that racism has costs for everyone, not just for people of color.

Often described as one of the country’s most insightful and influential thinkers, McGhee, who hails from Chicago, offers a powerful exploration of inequality in the United States.

She finds examples from across the country of how racism hurts all populations and explains the benefits everyone gains when people of all races come together to solve society’s problems.

He got into politics after a career as a petroleum geologist and later, a co-founder of Wynkoop Brewing Company, a brewpub, in 1988.

As governor of Colorado, he introduced universal background checks and banned high-capacity magazines in the wake of the 2012 mass shooting in Aurora, Colo. He expanded Medicaid under the provisions of the Affordable Care Act, halving the rate of uninsured people in Colorado.

NACo members on Sunday will also consider the American County Platform, NACo’s policy advocacy agenda for the year ahead and conduct other association business.

In addition to the General Sessions, conference attendees will discover policy steering committee meetings and more than three dozen workshops, advisory board and task force meetings.

An exhibit hall will be open throughout the conference at the Gaylord Rockies featuring more than 120 partners from the private, non-profit and government sectors.

Attendees can quickly find conference programming in printed program guides available at the conference or by using the conference app, which can be downloaded from app stores onto smartphones, tablets and computer web browsers.

For questions about the app, attendees should stop by the registration desk.