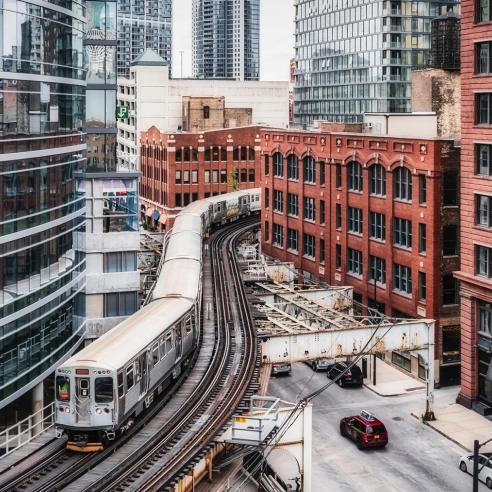 The BIL provides $973 billion over five years from FY 2022 through FY 2026, including $550 billion in new investments for all modes of transportation, water, power and energy, environmental remediation, public lands, broadband and resilience. In addition to providing authorizations for a wide variety of programs, the BIL also makes advanced appropriations over a number of years to several federal agencies. Typically, federal appropriations are made over one fiscal year by an annual appropriations act or an omnibus. 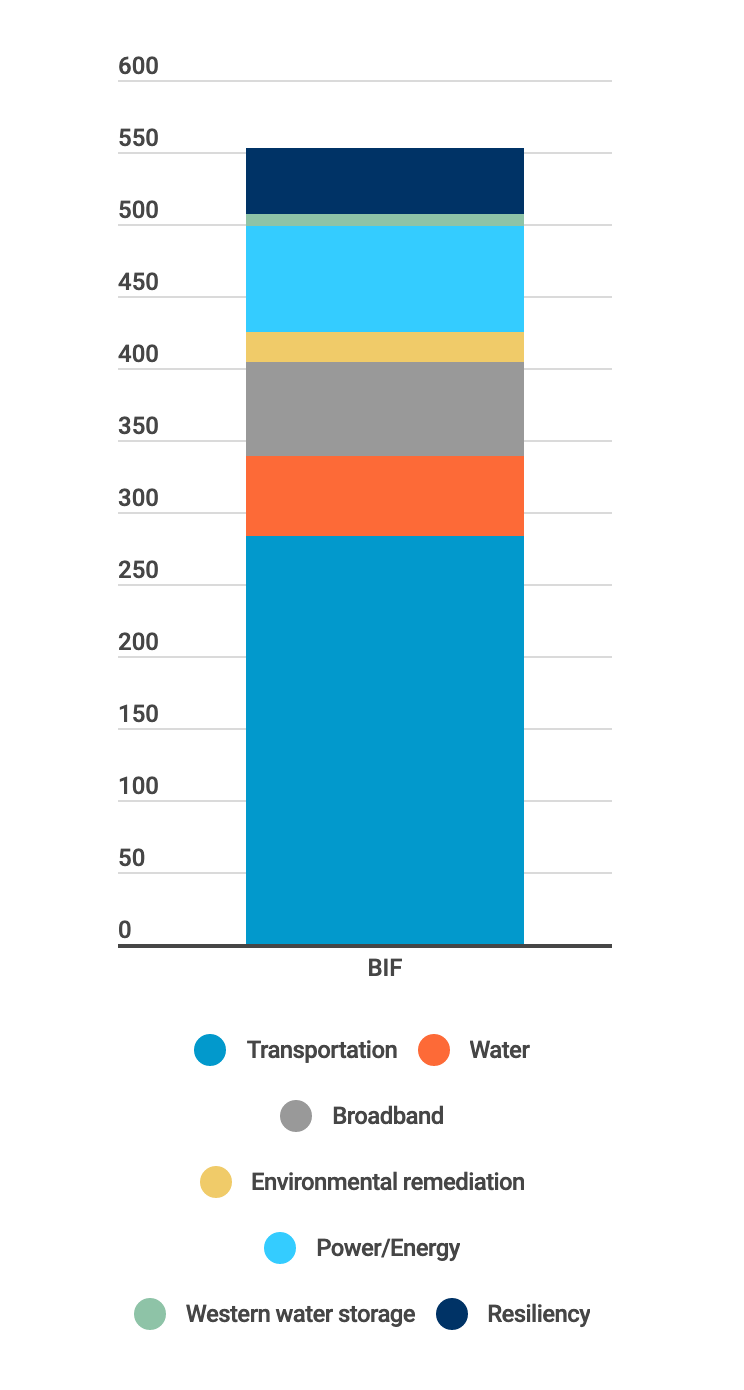 The BIL makes funding available to several federal agencies through different mechanisms, including the:

By the Numbers: Funding by Federal AgencyView Chart

The new law distributes federal funds in one of the following three ways:

Of the $973 billion total over five years, $550 billion is for new investments and is broken down as follows:

The BIL directs $284 billion (52 percent) of the $550 billion in new investments toward modernizing and making improvements across all modes of transportation, with the majority of funding reserved for highways, roads and bridges:

Counties can access the law's transportation funds, which account for over half of its new investments, through three general ways:

To view open notices for county-accessible BIL funding that is AVAILABLE NOW, and to access a funding matrix outlining all of the BIL's funding opportunities for county governments, view NACo's BIL implementation page.

Funding for the U.S. Department of Transportation (USDOT)

Over five years, the BIL will provide a total of $567.47 billion in Highway Trust Fund contract authority and federal appropriations for transportation and infrastructure programs through USDOT.

The BIL uses S. 1931, the Surface Transportation Reauthorization Act, and S. 2016, the Surface Transportation Investment Act, as the foundation for its highway, road, bridge and rail provisions. The primary difference between S. 1931 and S. 2016 and the BIL are the funding levels, many of which have been increased in the BIL by its authorization of supplemental appropriations.

This new, five-year $477 billion reauthorization replaces the previous surface transportation law, the Fixing America’s Surface Transportation Act (FAST Act/P.L. 114-94)., that governed highway, transit and rail programs through an initial five-year authorization from FY 2016 through FY 2020, in addition to three short-term extensions through the enactment of the BIL in FY 2022. Surface transportation funding in the BIL represents a 56.4 percent increase over the FAST Act ($305 billion).

Please note, the program totals reflected below represent authorized totals over five years. Expand program details to see programs that will be increased by supplemental appropriations.

The bill uses S. 914, the Drinking Water and Wastewater Infrastructure Act of 2021, as a framework for the water infrastructure provisions. The primary differences between S. 914 and the Infrastructure Investment and Jobs Act revolve around lead service lines, emerging contaminants and PFAS.