Counties lead our nation’s infrastructure network. From building and maintaining roads and bridges to providing efficient transit systems, counties are a driving force connecting communities and strengthening our economy.

Counties own and maintain 38 percent of the more than 600,000 bridges that comprise the national bridge inventory. According to the American Society of Civil Engineers, 7.5 percent of the nation’s bridges are considered structurally deficient, and 178 million trips are taken across these bridges every day[1]. In 2020, more than 43,800 bridges were classified as structurally deficient and considered to be in poor condition, of which 53 percent are county owned. Off-system bridges comprise 46.3 percent (over 280,000 bridges) of the nation’s bridges.

COUNTIES OWN AND MAINTAIN 44 PERCENT OF PUBLIC ROAD MILES

Breakdown of Ownership of Public Roads by Highway Agency, 2019

There are 4.1 million public road miles within counties across the nation where the majority of trips both start and end. Counties own and maintain 44 percent of these road miles. In total, local highway agencies including, cities, counties and municipalities, own and maintain 3.1 million road miles. In 2017, county governments invested $30.3 billion in the maintenance, operation, repair and construction of toll and non-toll highways. 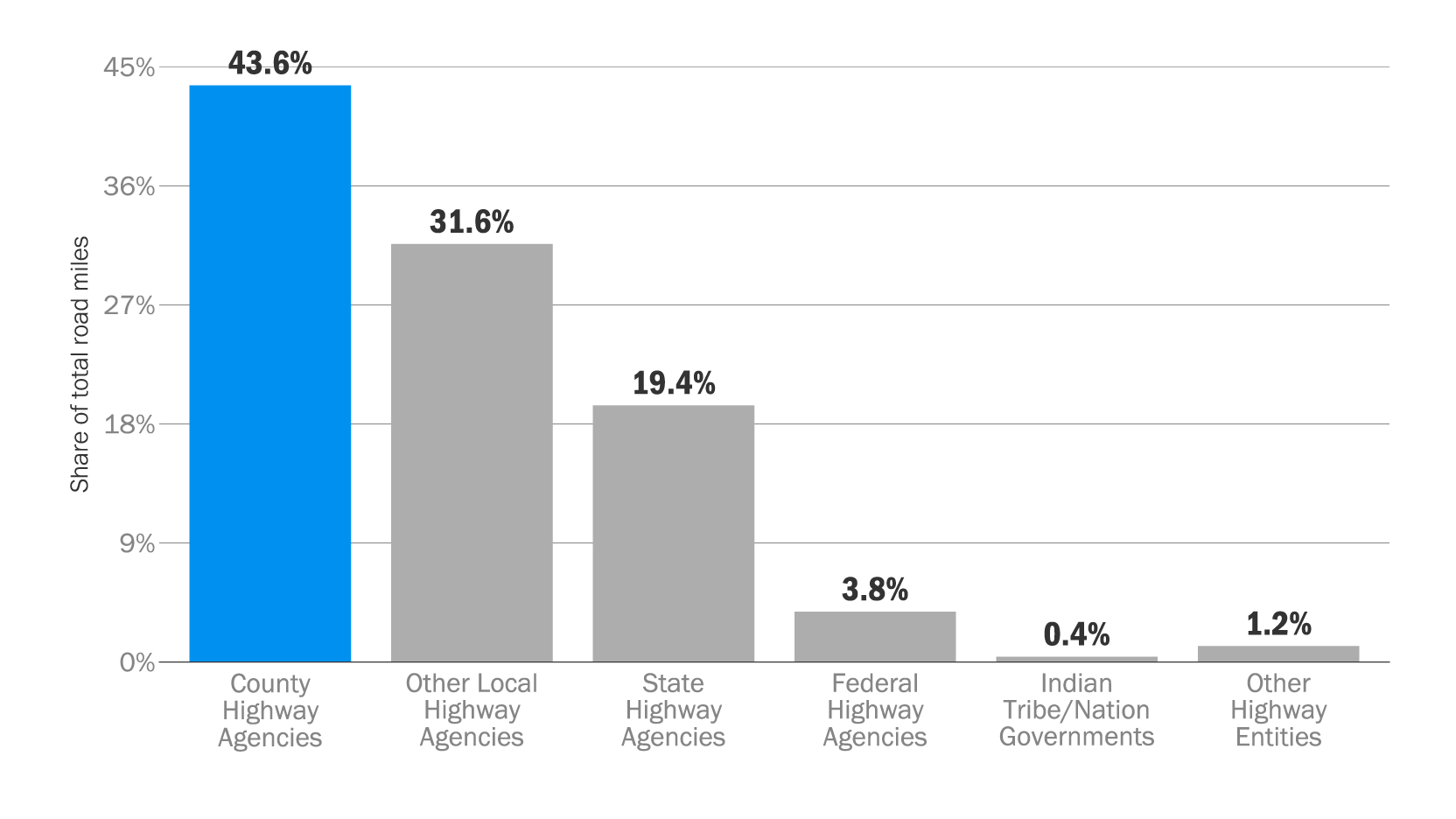