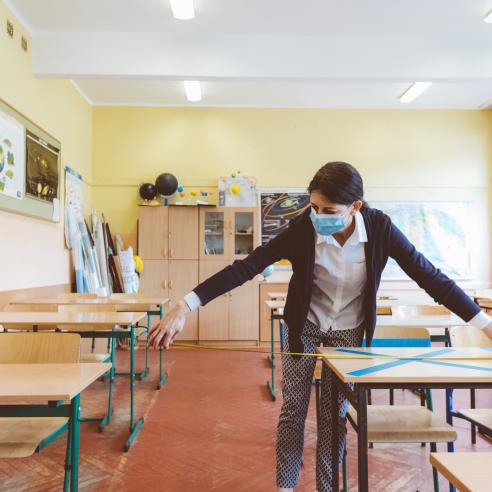 A rose-colored October employment situation report reveals additional positive news for the economy – except for the public sector. The national unemployment rate decreased by 1 percentage point between September and October as nonfarm payroll increased by 638,000 jobs, marking the sixth month of consecutive declines in the unemployment rate. However, the continued declines in the government sector, specifically local government, ignite concerns as counties continue to support community recovery, securing services like broadband for residents, administering elections and a plethora of other services with less human resources. 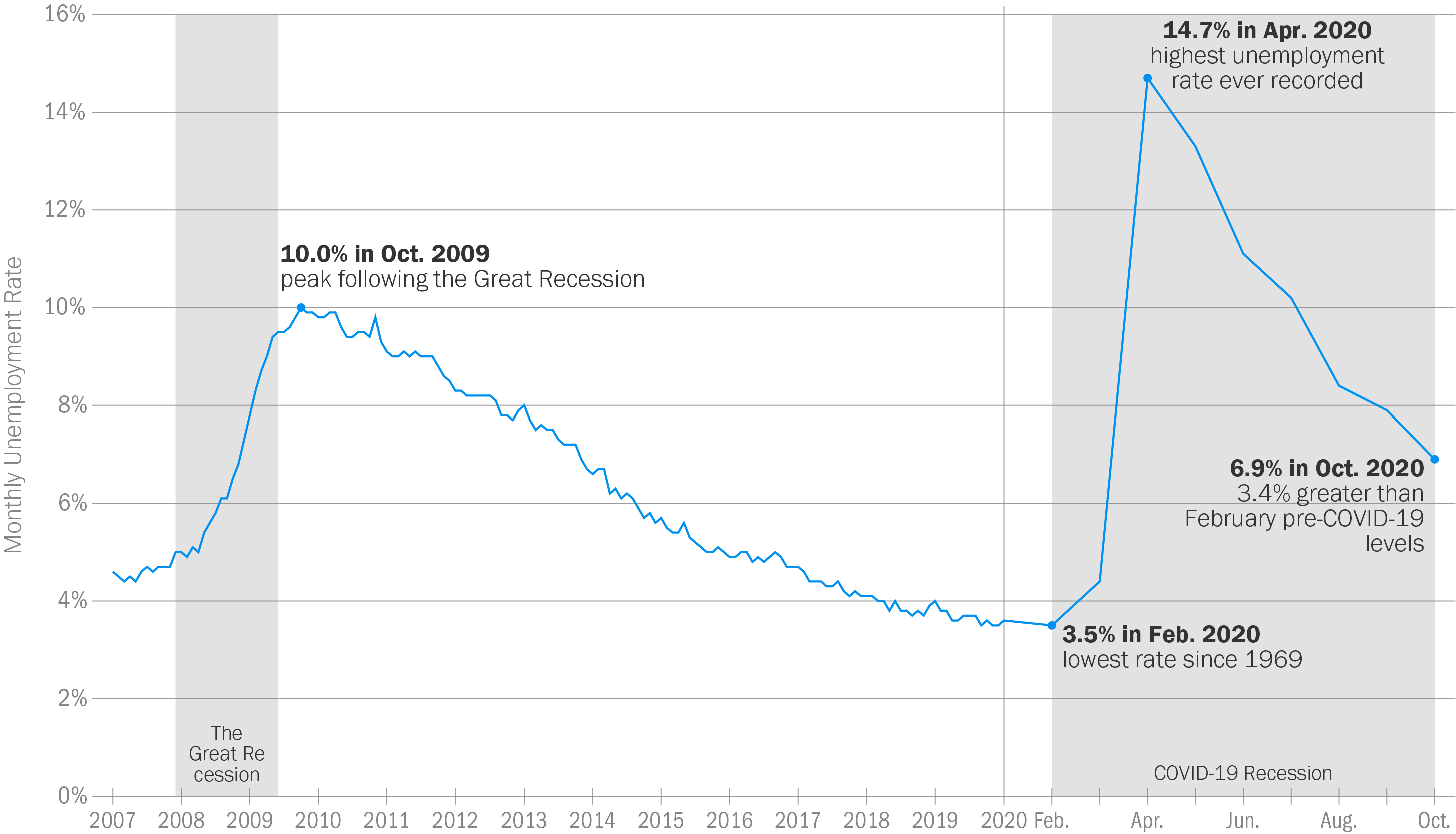 Though October marked another improvement in the labor market conditions, the unemployment rate remains higher than February levels, now only 3.4 percentage points higher. Additionally, unemployment rates declined for every race, sex and age group in October, but all remain above February levels. One contribution to the decrease in unemployment is the labor force participation rate, which increased by .3 percentage points in October. Though labor force participation is still lower than February, increases signal workers are regaining some faith in the ability to pursue employment. Most private employment sectors also experienced gains in October.

Other major industries experienced minor changes in employment levels in October, but all remain lower than February levels. As recovery continues, many of these key industries will continue to close the gap between pre-recession February job levels and current levels. 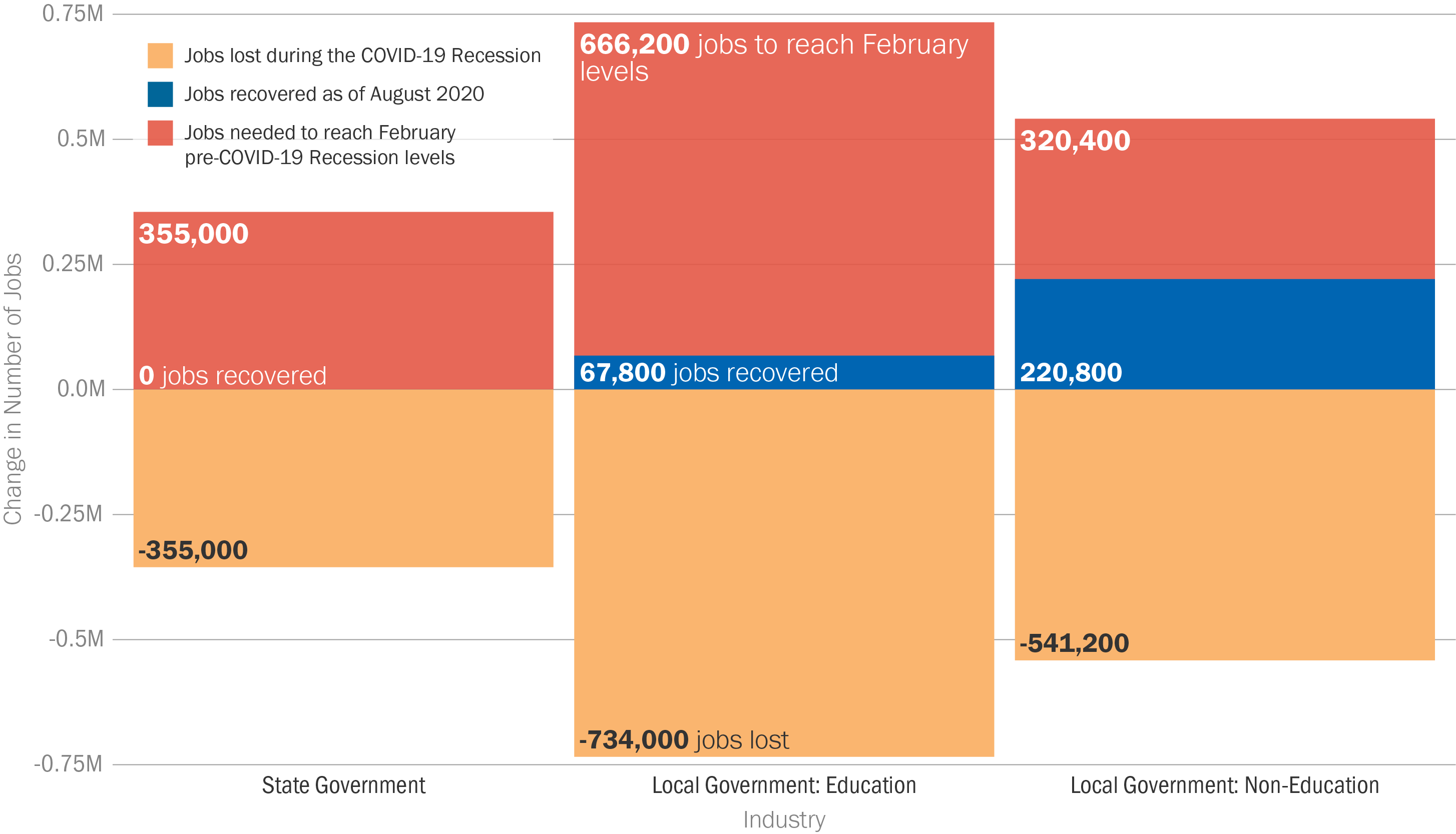 LOCAL GOVERNMENT EXPERIENCES ANOTHER MONTH OF JOB LOSS IN OCTOBER 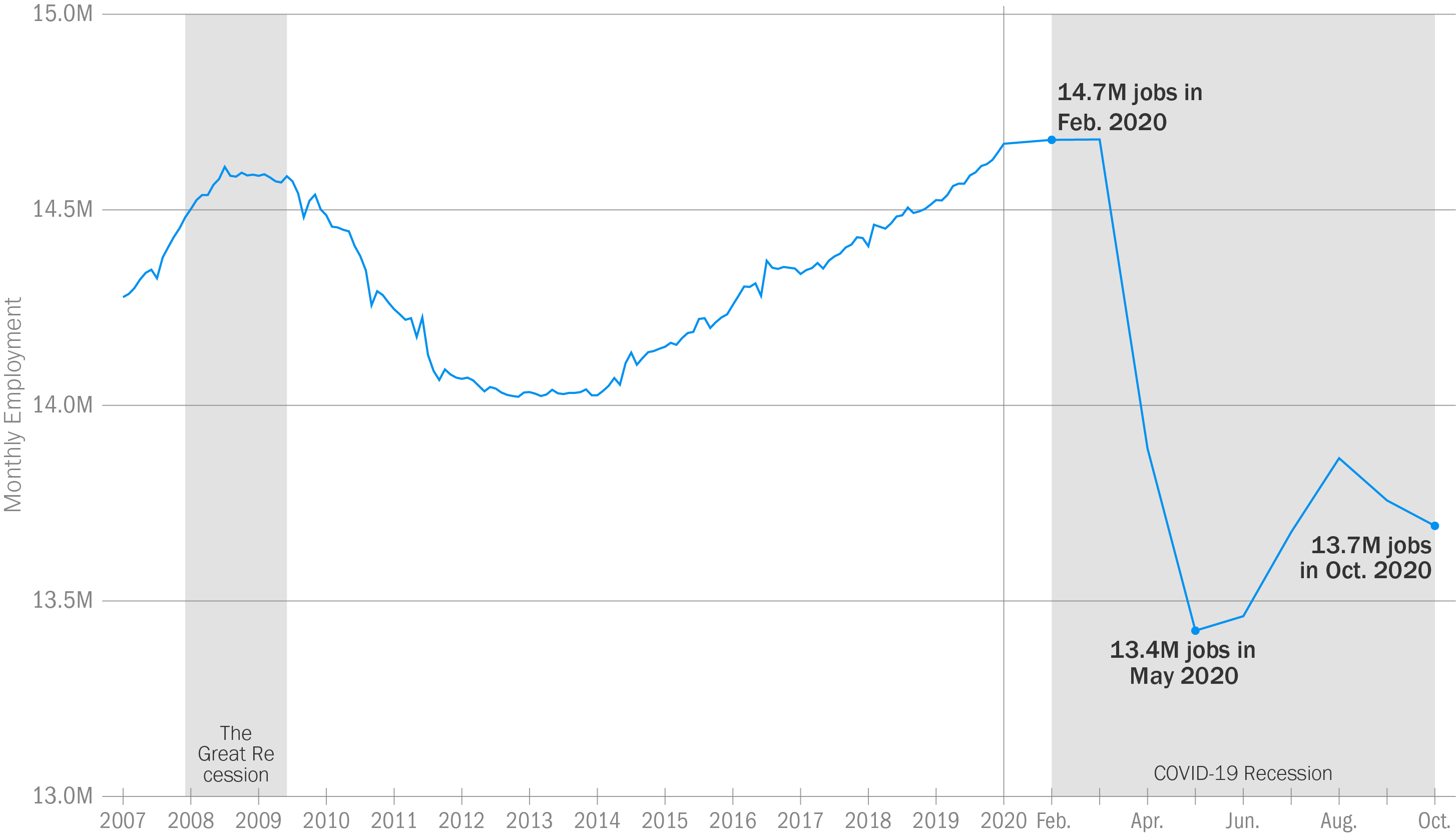 Local government employment has now decreased in 4 of the 6 months following the peak of the COVID-19 recession in April. Healthy local government employment is important to community economic recovery. Counties are driving initiatives to support broadband access, administering elections at the local, state and federal levels, and providing other key services to residents. With declining employment in these areas, local governments will be forced to become increasingly agile in resource allocation while still maintaining the high level of service community residents rely upon.

Nationally, the number of people on temporary layoff decreased by 1.4 M in October, for a total of about 3.2 M individuals. The steady decline in this measure from the peak in April of 18.1 M coincides with the additional positive national economic news in October. However, the measure is still ringing in 2.4 M higher than February levels. On the other hand, permanent job losers had little movement in the October employment situation, now a total of 2.4 M higher than February levels. Tangential measures of the number of long-term unemployed individuals increased by 1.2 M, now at 3.6 M. According to the Bureau of Labor Statistics, this measure makes up 32.5 percent of those unemployed.

THE IMPACT OF COVID-19 ON THE LABOR MARKET LANDSCAPE

The COVID-19 pandemic is still taking its toll on the employment landscape. In October, the number of individuals who were employed in a part-time status due to economic reasons increased by 383,000, now at 6.7 million. This marks a sharp U-turn from the previous five months of declines for individuals who would like to work full-time, but had their hours reduced or were unable to find full-time jobs. Not counted in the unemployment rate tallies are the 6.7 million persons who were not in the labor force but wanted a job in October - this measure did decrease in October but remains 1.7 M higher than February levels. Of those 6.7 million, a subset of marginally attached individuals was largely unchanged in October.

The number of individuals who teleworked because of the coronavirus in October experienced another decrease, now at 21.2 percent of employed persons. Business closures in October resulted in 15.1 M persons unable to work at all or worked fewer hours in the last four weeks due to the pandemic. About 11.7 percent of these individuals did receive some pay for the hours not worked, up from 10.3 percent in September. Finally, 3.6 M individuals, not in the labor force, were unable to look for work in October due to the pandemic. This measure is down from September’s 4.5 M.

Counties are relying on the Federal Government for action

Counties are working to facilitate continued economic recovery with increasing declines in employment levels for local government. Though national numbers continuing to show improvement and drive the total unemployment rate down is positive news, the declines seen in local government are concerning for long-term economic recovery. Despite the national decrease in the unemployment rate and multiple other indicators, such as the recently released advanced estimate indicating a large rebound in Gross Domestic Product during quarter three, economic recovery is far from finished. Counties are relying on direct, flexible federal aid to assist with rebuilding economies of scale, ultimately boosting the national economy and spurring further recovery.