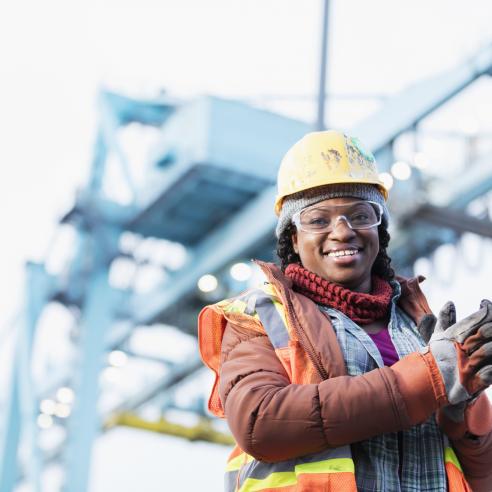 The March Employment Situation report from the Bureau of Labor Statistics (BLS), released April 2nd, showed a significant jump of 916,000 jobs in total nonfarm employment. At the same time, the unemployment rate fell to 6 percent — 0.2 percentage points below the previous month (February 2021). The labor market gains outperformed expectations; however, significant progress in broader economic recovery still lies ahead as the number of unemployed individuals is over 4 million higher than pre-pandemic levels.

Along with stark job gains, the March employment situation report also reveals marginal changes in many labor market indicators. The labor force participation rate, a proxy measure for confidence in the labor market, increased by 0.1 percentage point in March. This measure is 1.8 percentage points lower than February 2020 levels, which equates to over 2 million persons who have been dissuaded by work prospects and have yet to re-enter the workforce since the beginning of the pandemic.

Those not in the labor force (and thus not accounted for in the unemployment or labor force participation rates) that currently wanted a job also experienced little change; at 6.9 million persons this measure is 1.8 million higher than February 2020.

Compared to highs of around 25 percent in the summer of 2020, about 21 percent of employed persons teleworked in March due to the pandemic. March’s levels are the lowest reported to date, signaling a return to traditional work routines for many individuals.

Finally, the number of individuals prevented from looking for work due to the pandemic decreased by about 500,000 in March as recovery begins to pick back up. As the pandemic continues to wane, COVID-19's grip on the labor market will continue to become less pronounced; thus allowing for a quicker and more robust recovery.

Among major working groups, the unemployment rate rose for Asian workers (6.0 percent), despite a decline in the previous month, but declined for Hispanic workers (7.9 percent). In contrast, the unemployment rates changed little for other major demographic groups, including teenagers (13.0 percent), adult men (5.8 percent), adult women (5.7 percent), Black workers (9.6 percent) and white workers (5.4 percent). The impacts of the COVID-19 pandemic on the labor market hit People of Color hardest and exacerbated the economic inequality among race/ethnic groups. At the beginning of 2020, the unemployment rate among Black workers was the lowest ever recorded despite being still double that of white workers. The unemployment rates for Black and Hispanic workers peaked in May 2020 at 16.8 percent and 17.6 percent respectively and have since declined by 7.2 percentage points and 9.7 percentage points.

The economic outlook is optimistic, as counties prepare to bolster local economic recovery

Labor market recovery appears to be on the rise again after experiencing one of the largest gains in non-farm payroll since the pandemic began. The 916,000 job increase outperformed expectations with nearly every major industry experiencing job gains. Even as the gains in March signal recovery, future labor market prospects are even more optimistic. Due to the statistical timing of data collection for the March employment situation, job gains reflected in the March report were not driven by the newly enacted American Rescue Plan (ARP), which provides over $65.1 billion directly to counties to continue combatting the pandemic and bolster recovery. As such, the impact of the ARP on the labor market will only further build upon the growth in March. Moody’s Analytics suggests the labor market will experience full recovery – a return to pre-pandemic employment levels, or better – by the end of 2022.

As recovery continues in the labor market, so too will the broader economy. Gross domestic product (GDP), or the measure of output for an economy, is expected to grow by 7.9 percent in 2021 and 6.1 percent in 2022 according to Moody’s.

Counties are on the front lines in supporting this economic recovery. Though counties have not yet received their allocations from the American Rescue Plan, county leaders are already planning for how to best leverage the funding to invest in local communities. The consolidated County and City of Denver, Colo. plans to first move to reduce the number of furlough days for employees and fill vacancies that have remained empty due to hiring freezes. King County, Wash. plans to use about $40 million of funding to support a county jobs program, creating over 400 new jobs within the county. Finally, New Hanover County, N.C. has approved a framework for spending ARP funding to include investments in broadband connectivity, business and employment assistance, mortgage assistance, physical and mental health resources and other areas that will help boost economic growth and development in the county.

Investments at the local level in individuals and communities will be important drivers of successful recovery in the coming months. With support from the American Rescue Plan, counties are uniquely positioned to contribute to recovery and sustain economic growth for years to come.