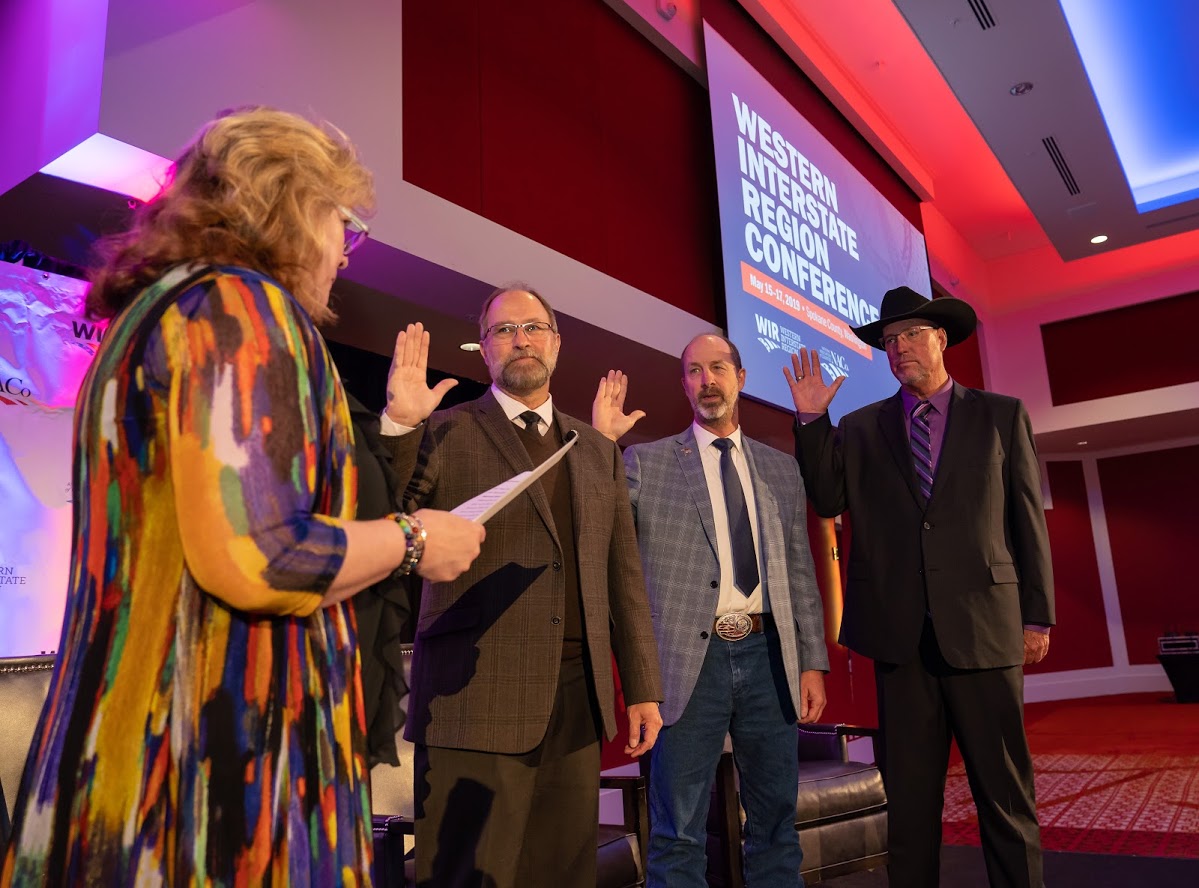 “We have rural suburban and urban counties from California represented here and I can’t be more proud of the relationships that have developed here,” he said. “I’ve overheard those same challenges from most of your Western states and it’s one in which we as WIR really have to embrace wholeheartedly.

“If we isolate ourselves, we’ll minimize our impact and our ability to influence state and federal statutes,” he noted.

The conference was heavy on issues vital to Western counties with significant portions of federally owned and managed land. Speakers from the U.S. departments of Interior and Agriculture updated attendees on their programming and Washington state officials showed how things were done in the Evergreen State. Attendees visited the Colville National Forest, the Grand Coulee Dam, Spokane’s waste-to-energy plant and the fertile wheat and lentil fields of the Palouse.

It was an eclectic agenda, one that mirrored the coalition WIR has built with like-minded organizations such as the Western Governors Association (WGA), the National Wildfire Leadership Council and the Endangered Species Act Coalition. “When I attended my first WGA conference last year, I was blown away by how they basically tackled our issues without first asking for our list,” Cann said. “I see this partnership as essential if we’re going to achieve our WIR goals.”

Cann also reflected on the role of county government as a place to make meaningful contributions. “I’ve seen a new localism evolving across the country and I’ve seen it in my state, and increasing number of state assembly and state senate members frankly fleeing the extreme partisanship of the state legislature to be elected as county officials, becoming the tip of the spear as public service goes,” he said. He echoed NACo Immediate Past President Roy Charles Books when he summed it all up.

“Our county commissioner and supervisor positions are not stepping stones, they are in fact, capstones. I fully believe that.” Cann’s Mariposa County will play host to next year’s WIR conference, May 13-15, and for this fall’s WIR Board of Directors meeting Oct. 28-30.