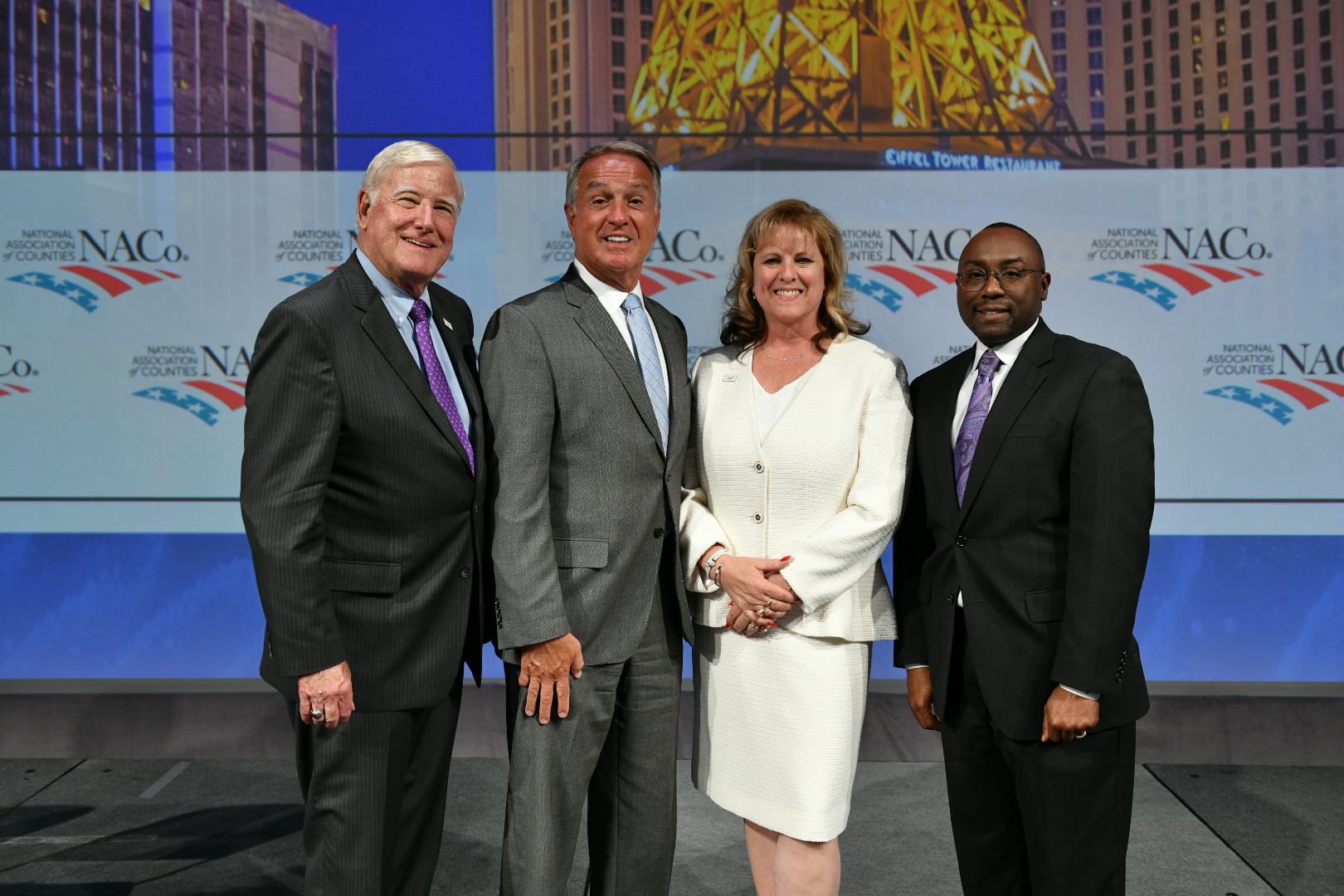 Just before voting began July 15 for NACo second vice president, candidate Christian Leinbach, a Berks County, Pa. commissioner, announced from the stage that he was dropping out of the race and throwing his support behind candidate Ray Jeffers, commissioner, Person County, N.C.

Borgeson was sworn into office by her son Ed surrounded by members of her family, including husband Bob, son Rich and daughter-in-law Beth.

Her presidential initiative will explore how counties can best serve the nation’s aging population.

Borgeson was first elected to the Douglas County Board of Commissioners in 1994. She was re-elected to her sixth term in 2014. In 1997, Borgeson was the first woman elected to serve as chairwoman of the Douglas County Board and has served in this capacity for numerous years. Borgeson has served as chair of the NACo Health Services and Cyber Security Committees and vice chair of the Large Urban County Caucus, Healthy Counties, Health Services Committee, and is a member of the International Economic Development, Arts and Culture, Membership and Programs and Services Committees. Commissioner Borgeson is past president of Women of NACo.