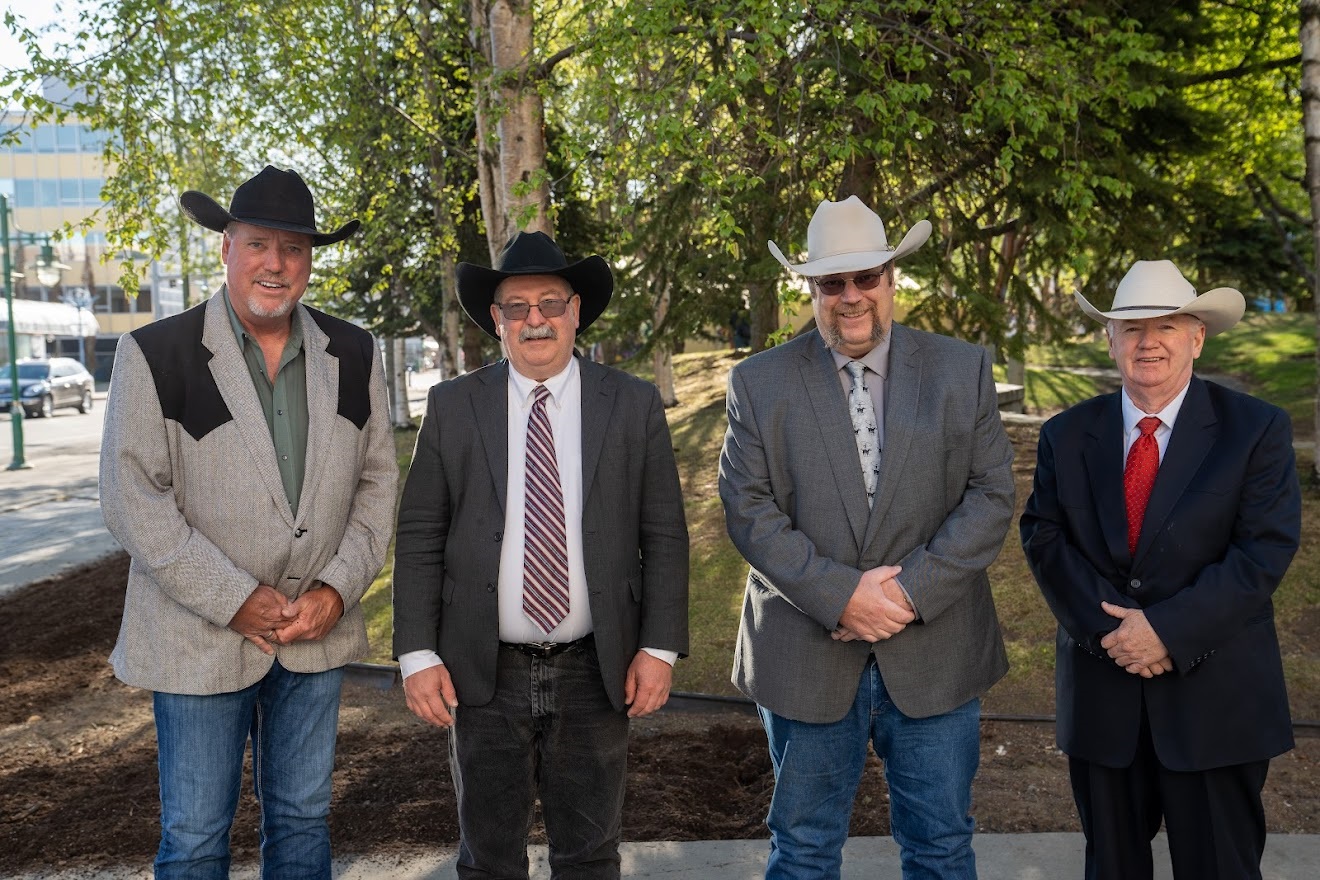 In order to filter by the "in queue" property, you need to add the Entityqueue: Queue relationship.
The Western Interstate Region added Minnesota as an associate member at the group's annual conference in Anchorage, Alaska.

The Western Interstate Region took a trip to the largest state for its conference and came home with its largest membership.

Minnesota will join the group of public lands counties for the next three years, following a bylaw change during the May 18-20 conference in the Municipality of Anchorage, Alaska by the WIR Board of Directors that allows the admission of associate member states. Now the group’s easternmost member, the Gopher State’s 7 percent federal lands inventory compares favorably to North Dakota and South Dakota, and it will be eligible for full membership in 2025.

“Waters of the United States (WOTUS) is [a] really big issue for us, just as it is for all of you,” he told the WIR General Session audience. “Our ag lands, forests, wetlands, rivers and lakes are all subject to decisions and interpretations of WOTUS.  Use of public lands outside of recreation is as important to WIR as it is to Minnesota. Environmental interests seem more and more at odds with any commerce on public lands, and recently [Line 3 pipeline] was front and center of public land use in Minnesota.”

The WIR Board also voted to approve the next two years’ conference locations, with 2023’s taking place May 24-26 in Washington County, Utah’s county seat of St. George and the 2024 conference returning May 8-10 to Mariposa County, Calif, where the group had twice been forced to cancel in 2020 and 2021 because of the COVID-19 pandemic.

Beaver County, Utah Commissioner Tammy Pearson was recognized as the Dale Sowards Award winner, owing to her efforts to forge cooperation with the Bureau of Land Management regarding policy directing management of wild horses and burros. She was appointed to the BLM’s National Wild Horse and Burro Advisory Board in 2021 and has long advocated for reform, illustrating the damage that unfettered population growth has had on public lands.

Mark Whitney, her colleague on the Beaver County Commission, noted that she was well respected for her candor.

“Commissioner Pearson does not hesitate to tell it like it is, and take it from me, she does,” he said. “She exemplifies the rural values many of us grew up with perhaps commonly known through television and movies.”

NACo’s Rural Action Caucus met during the conference, with workshops reviewed on pages X and X.

“It was designed in a way, a bit untraditional for the government, where we really spoke about regional economic development and that was important because what helped was instead of the zero-sum game of one state fighting over another, we really left it up to you to figure out what regional economic development meant for you,” she told the General Session audience. “Was it across counties? Was it across cities? Was it across states? The glue to all of that was the coalitions, so individuals who traditionally had not partnered before were actually incentivized to come together and bring proposals.”

The agency received 529 applications for 20-30 grantees.

“Not only did we get innovative ideas that came from the ‘bottom-up, middle-out,’ as President Biden likes to say, but these were also coalitions that whether or not they were selected in the second round, they recognized that they had something magical for their communities and are pursuing other federal funds.”

“One of the things that I’m trying to do at EDA is really stand up a much more robust data department,” she said. “Sometimes you can have a particular metric for a community where there is a bit of affluence on one end and a lot of distress on the other, it gets skewed. So, what we’re trying to do is to really go a bit more granular and how we measure that distress.”

Brent Goodrum, deputy commissioner of the Alaska department of natural resources, criticized the Biden administration’s executive orders, secretarial orders and program reviews to limit oil and gas development and the BLM’s failure to acknowledge the state’s title, ownership and management of more than 90 percent of navigable river miles and just 16 percent of the acreage beneath its navigable lakes.

For comparison’s sake, the state of Minnesota’s license plate lays claim to some 10,000 lakes; Alaska has over 3 million lakes. That’s a factor of 300.

“Alaska, a state so vast and wide where our riverways truly are superhighways that have for generations connected communities and families and the resources and lifestyles that sustain our Alaskan way of life, we’ve had to file lawsuits against the federal government just to ensure Alaskans can use state waterways.

“During my time with the state of Alaska, we’ve won every case that we’ve filed,” Goodrum said.

He hailed the interagency cooperation that has forged progress guiding project management and permitting, providing a forum for dialogue and cooperation between federal, state, tribal and local governments in the review of proposed natural resource development projects or federal claims and policies here in Alaska. But he bemoaned Alaska’s distance from the nation’s capital

“It has been our observation that federal decision-making is being strongly influenced by Washington officials who do not attend the participating cooperating agency meetings, who are not part of the local solution, which often leads to final decisions that do not necessarily reflect the understandings of participating operating agencies,” he said. “It’s truly those who have walked the ground, who have wrestled with the issues that understand the potential impacts that are closest to the people we serve who should be given the greater voice that bear the greater burden or reap the greater benefits of our locally made decisions. Those decisions simply should not and cannot be dictated from Washington, D.C., almost 3,400 miles from where we sit today.”

A trip to Kotzebue, seat of the Northwest Arctic Borough, brought attendees north of the Arctic Circle to a community sustained by subsistence hunting and fishing and supported zinc and lead extraction at the nearby Red Dog Mine.

Others traveled by train to Seward, in the Kenai Peninsula Borough, and visited the city’s port and harbor by boat and viewed nearby glaciers and wildlife.

Another group flew to Fairbanks, the seat of the North Star Borough, seeing the Permafrost Research Center, Fort Greely, the Trans-Alaska Pipeline and more.

Rather than counties, almost half of Alaska is divided into 19 organized boroughs or consolidated city-boroughs that are governed by assemblies. An organized borough, administered by the state, comprises 323,440 square miles and dwarfs all other U.S. states.

Because of the vast and rugged interior of the state and significant ice buildup, plus a series of archipelagos in the south, air travel is necessary to connect many Alaskan communities.

Federal law prohibited the creation of counties prior to Alaska’s 1959 statehood. Historian Stephen Haycox told the Anchorage Daily News that the state avoided the term “county” because of how sparsely settled Alaska was, and Gordon Harrison wrote in Alaska’s Constitution, A Citizen’s Guide that boroughs “were intended to be more versatile and powerful than counties.”

Petersburg Borough, in the south of the state, is the youngest county equivalent in the United States, incorporated in 2013.

The NACo Board of Directors met, with Second Vice President Denise Winfrey running the meeting in President Larry Johnson’s absence. The Board voted to approve an adjustment to dues and credentials to reflect results of the 2020 census. NACo Chief Public Affairs Officer Brian Namey said that based on NACo membership figures on May 2, of 2,586 member counties, 44 percent would see no change in dues, 37 percent would see an increase and 19 percent would see their dues decrease. That would add up to an increase in dues revenue between 6 – 7 percent. The new populations will also change the vote totals for 9 percent of member counties, with 206 counties receiving more votes and 20 counties receiving fewer votes. The proposal will be effective Jan. 1, 2025 and will be accompanied by a long-term campaign by NACo to make member counties aware of the changes.

This meeting is bound to increase

our thoughtful respect for Denise

with LJ not here

her duty was clear

and she kept us all in one piece

The mountains covered with snow

the lakes here are wet too, you know

the West needs some water

send part of Alaska below

With me now if you please

his time here is fleeting

he’s at his last meeting

so please give his hand a good squeeze.