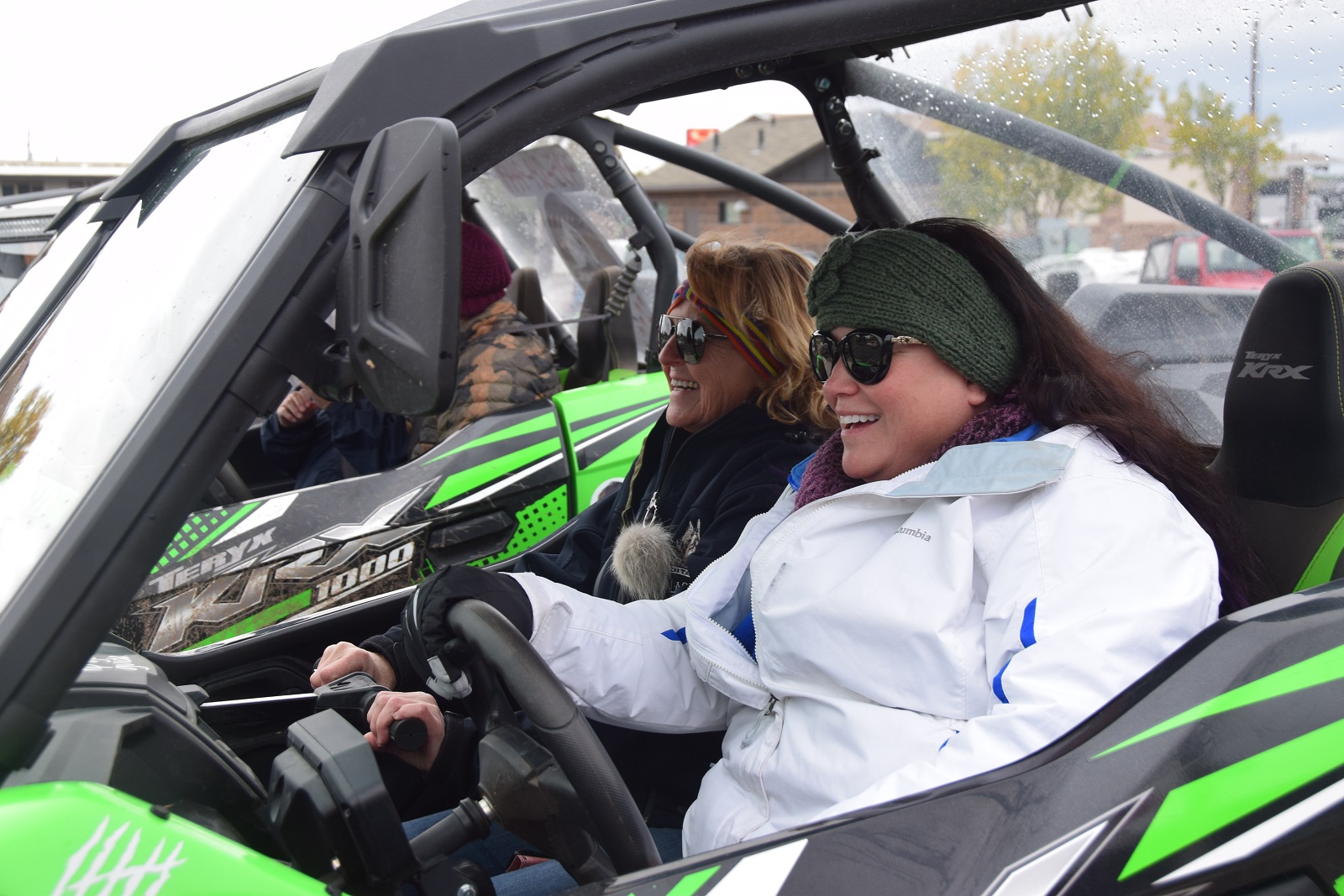 The conference, Oct. 13-15, was the first in-person meeting for the groups since 2019, and while the pandemic that forced cancelation of the 2020 WIR conference in Mariposa County, Calif. figured into meetings and workshops, programming focused on longstanding existential threats unique to the two rural constituencies that largely saw their low population density as a defense against the spread of COVID-19. And the threat posed by continued drought was a constant topic.

“Figuring out how to work with more limited resources with more people has been a huge challenge,” Brian Steed said of Utah’s drought combined with a growing population. Steed is the executive director of the state’s Department of Natural Resources, following a stint at the Department of Interior during the Trump administration.

“If you’re a Westerner, you’ve faced that challenge as well, and there’s no easy solution for this,” he said. “We’re experiencing conditions where we have less water and more people, and oftentimes the demands for that water are different than they’ve historically been, so water policy has been a really big deal.”

That’s one reason why attendees didn’t mind a little rain in a region that hasn’t seen much. The variety of high profile and relevant speakers, along with trips to visit local wildfire damage, natural gas and oil drilling sites and the facilities made possible by proceeds from that extraction and a hydroelectric plant, kept county officials busy.

Deputy Secretary of the Interior Tommy Beaudreau noted in a video address that the National Interagency Fire Center had been at preparedness levels four or five for 99 days in 2021, the longest stretch on record.

“Wildfire is an ‘always has been’ part of life in the West, but in recent years, we have seen a new normal in extended and more severe wildfire seasons, unprecedented drought and stress on water systems as well as extreme heat,” he said. “The reality, as we all know, is that there is just not enough water in many basins, which means our relationships, strategic thinking and spirit of community that have served us so well over the decades is needed now more than ever.”

Utah Gov. Spencer Cox (R) praised the initiative county officials take in their intergovernmental relationships and urged them to continue it.

“We take great pride in our efforts to include county governments in the decisions we make that impact your communities and economies,” he said via a video message. “Without your knowledge and input, state governments are failing to fully serve their citizens.”

Cox served as a Sanpete County commissioner earlier in his career.

“County voices aren’t just important in guiding Utah policy, but federal policy as well,” he said. “Not only do laws and regulations coming out of Washington directly impact Utah counties, but with over 60 percent of our state owned by the federal government, their policies have more of an impact here than in Eastern states.

“What might seem like a great idea in Washington, D.C. can have lasting economic impacts on counties here in Utah,” he noted. “Our partners in Washington need to listen to your voice to improve decisions and build trust withing rural communities.”

Speakers returned consistently to the need to pursue active forest management practices in federal forests to both remove potential fuel for forest fires and glean economic benefit from the wood products.

“We target areas that are likely to burn catastrophically,” Steed said. ‘We’ve had some success in that,” along with watershed restoration initiatives that have removed invasive species.

Mary Farnsworth, Intermountain Regional forester with the U.S. Forest Service, told the WIR Board of Directors that the service was working with counties far more than it ever had, and shared stewardship agreements were making that possible.

“Fire knows no boundaries,” she said. “Economic development is something we have to do together. We’ve lost capacity [for fuels treatment] and we need to grow it back in order to move forward.”

“It will provide a forum to develop bipartisan strategies to support those Western communities that are seeking to improve land management and mitigate wildfire risk and restore ecosystems,” Ogsbury said.

The WIR Board of Directors voted to approve a change to its bylaws, empowering itself to appoint members to the Wildfire Leadership Council.

NACo will hold a virtual PILT fly-in, meeting with members of Congress, in early November.

Devlin has long been known as the county government guru on Payments in Lieu of Taxes and has been involved in NACo’s efforts to reform the system since 2005. It’s an effort in which he’s dived into numbers and resurfaced with an almost-encyclopedic knowledge of the program as he fought to represent less-populated counties in the PILT funding formula.

“NACo and WIR, since that time, have taught me some valuable lessons in life,” he said. “As an advocate for small counties on PILT payments, I assumed and thought. that the thought that I had, was obvious to all counties, that small counties were being treated unfairly and that an immediate change would be fully supported by WIR and NACo.”

That changed on April 30, 2012, when his wife, Susan leveled with him, days before she died.

“Todd, you need help on PILT reform, you can’t do it alone,” she said.

Shortly after, Devlin attended the WIR Conference in Santa Fe County, N.M., where he received a warm welcome from Ron Walter, then a Chelan County, Wash. commissioner and WIR president, who soon made him chairman of the Public Lands Subcommittee on Federal Lands Payments.

“The gesture by Commissioner Walter started a wonderful relationship of care and trust between me and WIR and NACo,” Devlin said. “It all happened because of caring and trusting relationships.”

“Counties and the people we serve would survive without PILT,” he said. “It would be tough, but we don’t need federal revenue-sharing — we’d survive. But I’m so pleased that what happened in this conference, to make the number one priority access to federal lands — that’s huge. Without it, we would have no constituency to serve.”