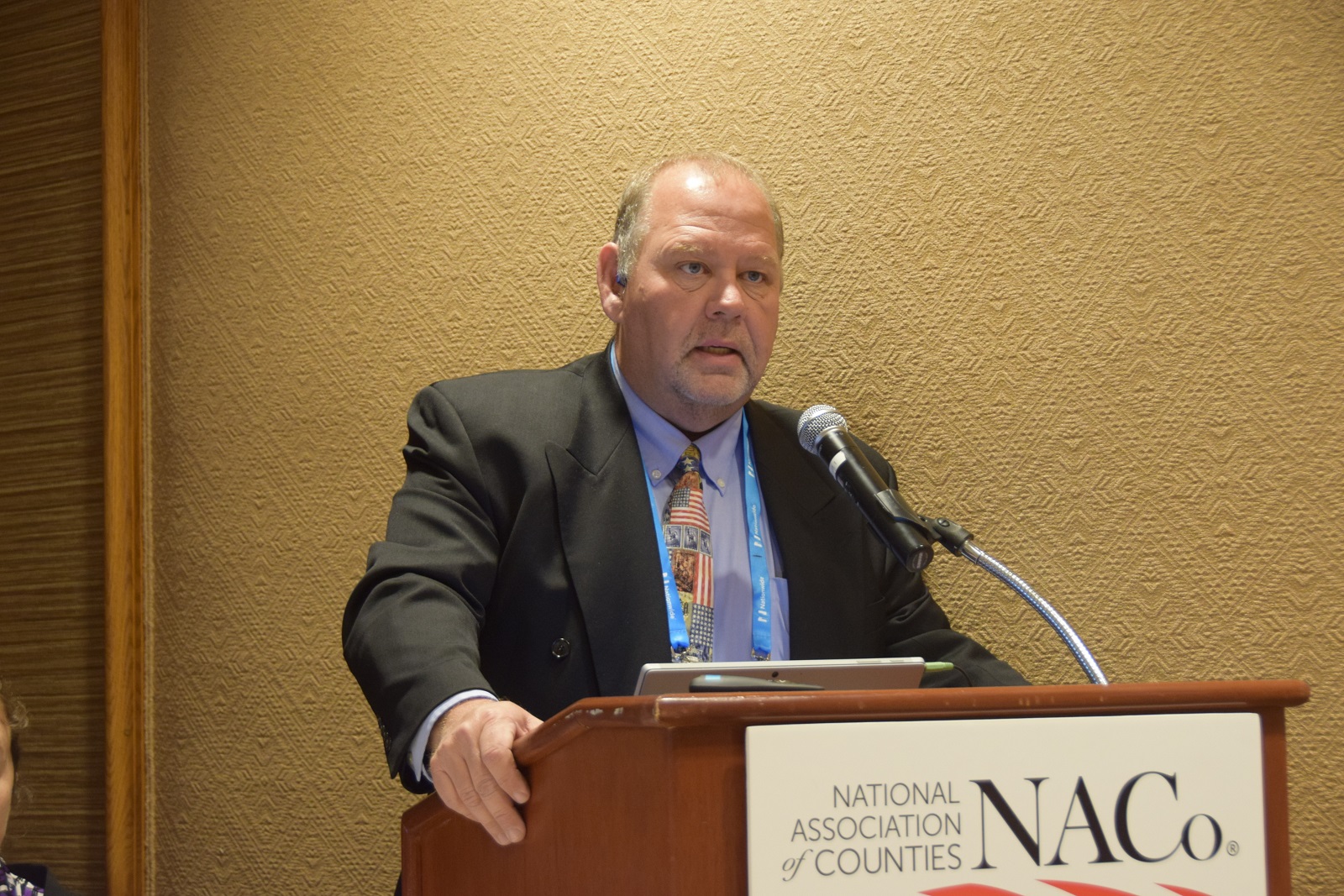 For small counties, just staffing 24-hour ambulance service is a challenge. "People volunteering for these positions is almost a thing of the past.”

Darin Bushman was at home in 2003 when his beeper went off.

Somewhere in Piute County, Utah, an emergency call went out — a horse accident with a potential double fatality. The only EMS worker in the county was on his way. Bushman was a volunteer firefighter and the call was outside of his wheelhouse.

“I can’t let him go by himself,” he said about that moment, and he didn’t. “After that, I decided I was going to become an EMT and see what I could do to help my county.”

In the 18 years since then, Bushman worked his way up in the emergency response hierarchy before being elected to the Piute County Board of Commissioners, where he recently started his third term. Throughout that tenure, those experiences in emergency response have informed his work to improve conditions for rural counties throughout the state.

In most rural counties, particularly in larger Western counties, help can be about an hour away, if the ambulance on staff is even available. Economics squeeze counties, like Piute, which has five EMTs and two ambulances, one at each end of the county. Nothing is more pressing than the supply of volunteers.

“This is not sustainable, it’s not the way to run an operation,” Bushman said.  “Financially, it doesn’t work to keep full-time crews in these areas. It’s just impossible for my county of 1,500 people to pay and staff 24 hours a day, seven days a week.

“Invariably, the same people who are running their ambulances are also their search and rescue volunteers and work for the fire department, and they’re doing it, for the most part, out of the goodness of their hearts. When you take out the aged who can’t [work] on an ambulance and you take out the under-18 crowd, you have a very small group of people who can potentially staff an ambulance service.”

Where those ambulances can take people is also a shrinking target. Between 2010-2020, 138 rural hospitals closed and in 2021, 253 rural hospitals are operating at similar margins to those that closed in 2019.

“I think that sets up for a decade of potential closures unless Congress can take the reins, folks in state capitols can do that same thing and make some changes,” said Jack Jorgensen, government and policy manager at the National Rural Health Association.

He credited the federal government with adjusting during the COVID-19 pandemic that has helped stave off the demise of vulnerable rural hospitals. Expanding telehealth flexibility led to a 4,000 percent increase in claims.

“That really allows that patient-provider relationship to continue in rural communities, and not circumvent it to go to urban or suburban hospital systems,” Jorgensen said. “The future of telehealth could really be helpful for some of the underlying conditions that we’ve seen grow in the dark, thanks to COVID-19, things like mental health, substance and opioid use disorders.”

Additional funding, including the Provider Relief Fund, which replaced lost revenue during the pandemic, and the Paycheck Protection Program kept staffing levels from suffering. The combination of eliminating Medicare sequestration and an increase in the Medicare physician fee schedule added up to a 5 percent increase in Medicare payments.

“You’re dealing with hospitals that are treating a patient base that is oftentimes older, has a higher prevalence of underlying health conditions,” Jorgensen said. “This is all a recipe, going into the pandemic, where a lot of these rural health facilities were vulnerable. At the end of this public health emergency, all of [those measures] are going away.”

Many federal regulations have also been waived during the pandemic.

“Waiving them helped put rural providers put patients ahead of paperwork,” Jorgensen said. Rural hospitals “don’t have the staffing to handle as much compliance as larger facilities. If we’ve gone 18 months without them and they haven’t been necessary, maybe they aren’t.”

Filling positions in rural hospitals remains a challenge, one problem that Holli Mills, workforce development coordinator at the Utah Department of Health Office of Primary Care and Rural Health, hopes the state can combat with student loan forgiveness programs for doctors who live and work in rural communities for several years.

For the last three years, Bushman has been coordinating working sessions to address challenges, challenges that the participating EMT directors, sheriffs and state lawmakers numbered at 300. A big challenge was addressed immediately.

“State lawmakers had no idea that we had a rural emergency care crisis,” Bushman said. “Nobody had communicated that up to the director of the Department of Health. Now they know.”

The effort has affected a few helpful funding changes. For one, small counties now have access to revenue from a tax intended to fund rural hospitals, which they did not before, counterintuitively enough. A spaghetti plate worth of lines of responsibility for funding emergency response service has now been straightened out, with each jurisdiction responsible for its own territory, by default.

“We figured out we had four players on the field and everyone else was sitting in the stands watching us play football,” Bushman said. Now, the teams are more even.

The Legislature also awarded a $6 million grant for emergency services, which works out to $175,000 for every agency in the state. And five EMS liaisons will assist local departments.

Bushman said one of the group’s next priorities was to have EMS services designated an essential service in Utah.