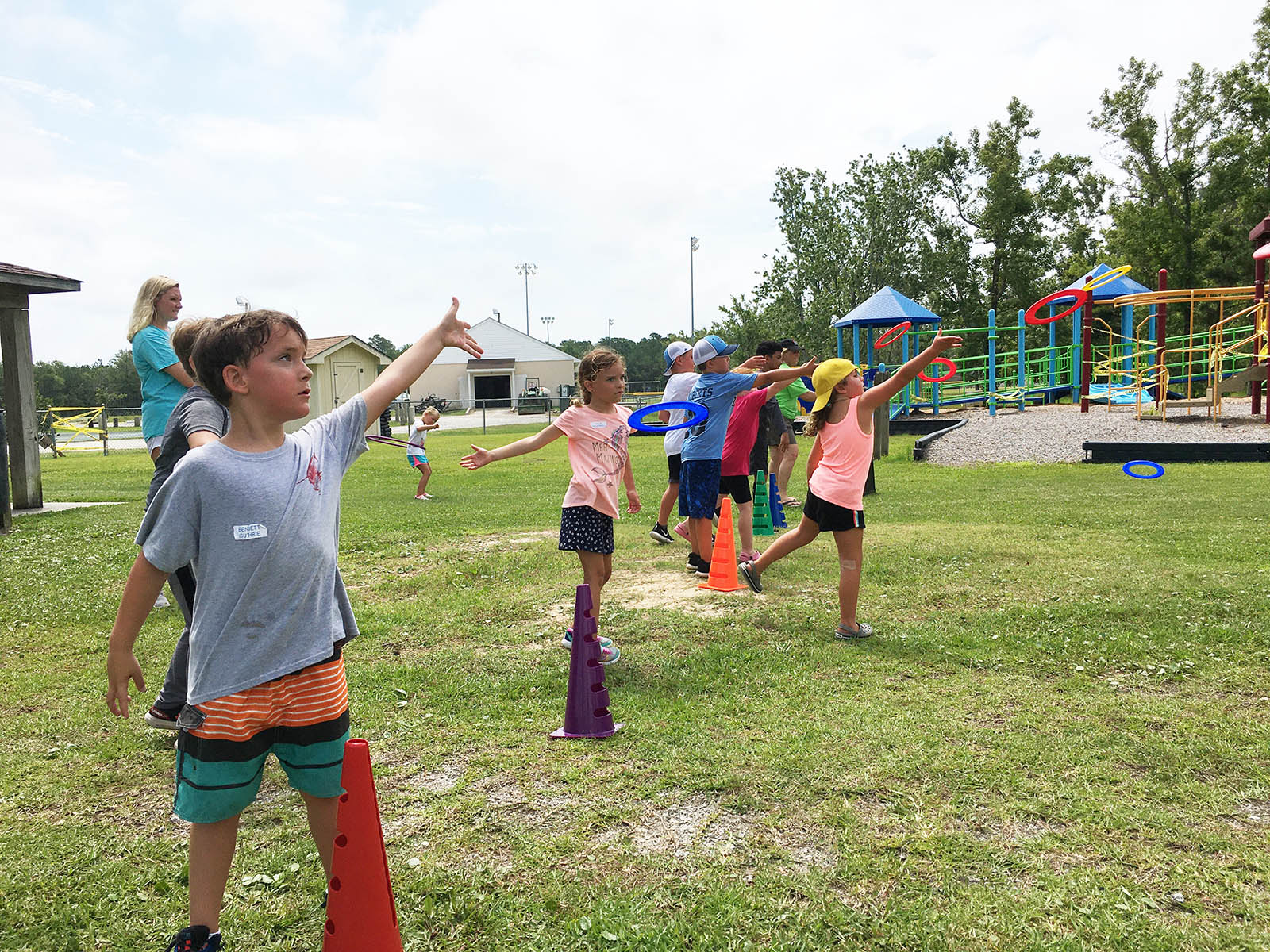 County parks and recreation departments celebrated Parks and Recreation Month in July, but this year’s celebration was marked with increased efforts — departments face a challenging summer, with staff adjusting to new protocols and finding creative ways to provide recreational opportunities amid the COVID-19 pandemic.

“We had to just start over from scratch with programming,” he said.

“The most challenging thing has been trying to be lined up with whatever comes down from the governor’s office or the county,” he said.

The summer camp program consists of groups of 12 children consistently together for nine weeks, Gaffney said.

Camp staff regularly take temperatures, ask questions about symptoms, sanitize equipment and have moved most of the programming outside.

“There’s very little, less than 5 percent, of the programming that goes indoors,” he said.

Camps maintain the same counselors and recreation leaders who stay with the same group of children.

There are currently 300 children participating in the summer camps and Gaffney said the interest in the camps has been overwhelming.

“It’s very time-consuming and staff-heavy so we are now looking at how we can do even some two-week programs as we finish out the summer because we have people that are still interested,” he said.

The department still held modified tennis camps, beach volleyball and the beach run with online and touchless registration at the event as well as staggered start times.

Each year, the department offers an indoor summer camp program, but given concerns over COVID-19, staff opted to create an outdoor camp. In just two weeks of planning time, the department launched Camp Park & Play. Staff and equipment became mobile as the camp was brought to county residents at various parks in the community each day of the week.

“People, in my opinion, felt safer going to parks than they did in a building,” Forsberg said. “Let’s try to meet them in their location or in their neighborhood.”

With North Carolina prohibiting gatherings of more than 25 people, each camp has three counselors and 22 spots for campers.

“Social distancing is definitely one of our main priorities and a lot of kids are already familiar with that,” she explained.

Forsberg described the precautions at the camp including online registration, a touch-screen check-in, mobile hand-sanitizing stations and enough equipment to be sanitized between uses.

More people have become interested in parks and recreation services and the Camp Park & Play program has a waitlist most days, according to Forsberg.

The county department has already reached more than 160 youth through the summer program.

“I think you’re more creative when some of your resources are taken away,” she said. “I believe during this time it just made us be more fluid and more creative about what we were planning.”

Chris Minor, deputy division director of Gwinnett County, Ga. Parks and Recreation, said the department traditionally serves more than 7,500 youth in a traditional summer. This year’s numbers are closer to 150 children per week.

The county reduced its summer camp offerings with only 10 kids per group and is advising all campers and staff to wear masks.

Minor described how all of the games are contactless and praised the creativity of staff who came up with ideas such as using a pool noodle as an arm to remain socially distanced while playing tag and games such as “Run and Shout” to keep children away from each.

“They have risen to the challenge, so that’s been great to see how creative and how talented the staff that we have here in Gwinnett County are able to address the issues while still keeping the programming very engaging,” he said.

In addition to providing recreational opportunities, Minor said the parks department has stepped up to fill in gaps throughout the county such as increasing its summer meals programs, operating 33 drive-through meals sites at different locations throughout the county and performing wellness checks on elderly residents who were stuck at home.

“We did everything we could just to assist the community and we realized that parks and rec can still have a role outside of just recreation,” he said.