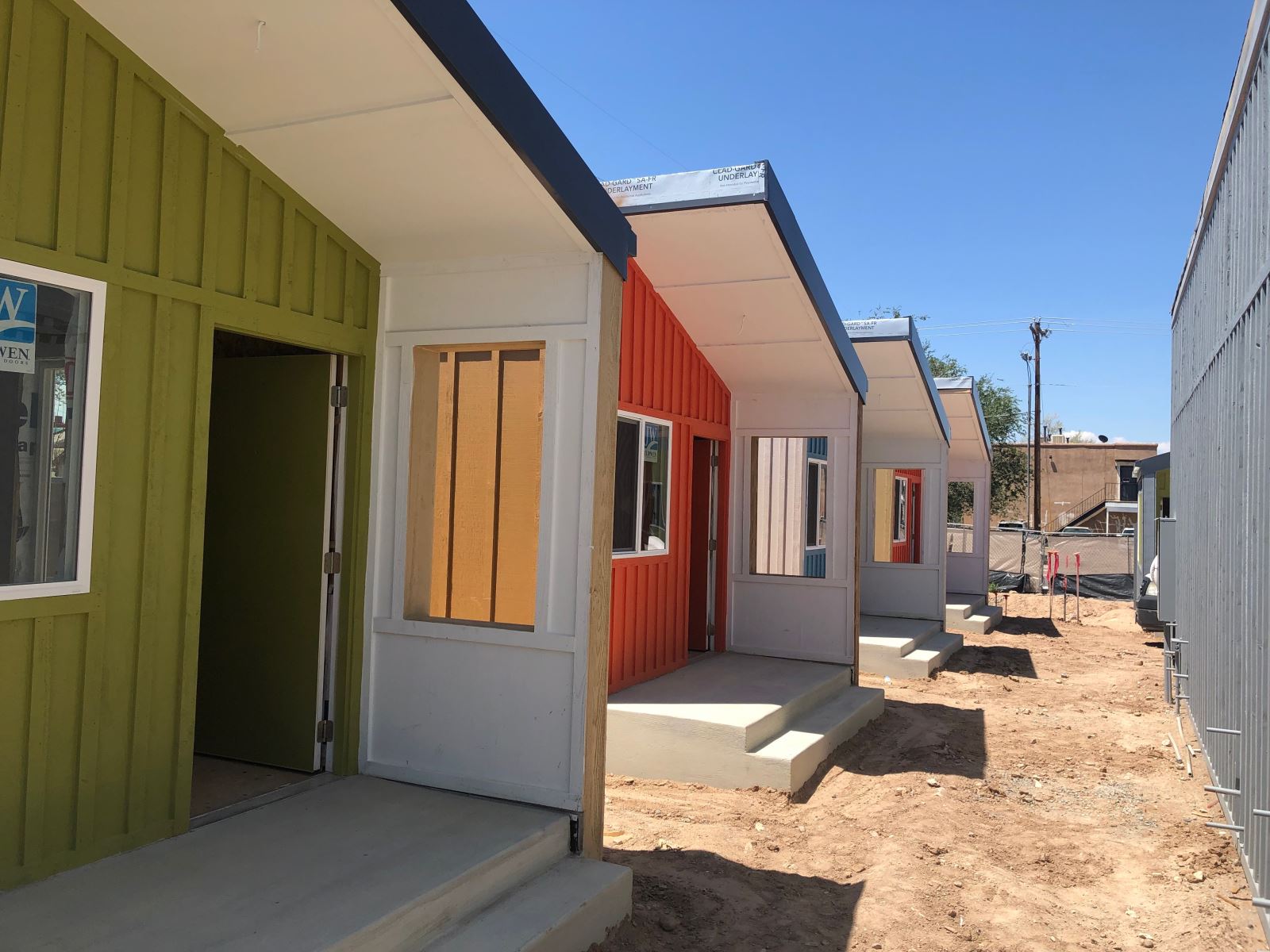 The Tiny Home Village includes 30 individual units and will be located in Albuquerque near a variety of services and transportation. Photo courtesy of Bernalillo County

For a new housing community in Bernalillo County, N.M., it’s all about the location of a neighborhood-scaled tiny home village to house individuals experiencing homelessness.

Bernalillo County Commissioner Debbie O’Malley, who has a background in affordable housing, spearheaded the idea with council members from the City of Albuquerque to create a community of tiny houses in the county.

The village is currently under construction and will open in December 2020.

O’Malley said the idea for the project came about several years ago when community members raised concerns about homeless individuals throughout the county.

In November 2016, voters approved a $2 million general obligation bond to fund the development of the home village pilot project.

O’Malley wanted to find a location for the tiny home model that had more of a community feel and determined it would be within the City of Albuquerque. The village is “neighborhood-scaled” to fit into the community.

When searching for the right location, O’Malley said the Albuquerque Indian Center, a non-profit organization, had a large piece of property behind its building. The lot is near a major transit corridor, a clinic and other support services.

The county negotiated a long-term lease to build the village and formed an operating agreement with the organization to run the community. After completing some zoning changes, they started construction.

The Tiny Homes Village will have 30 units and a main building with a kitchen, communal space and bathrooms. Each individual unit has a bedroom that is heated and cooled with a separate front door and porch.

Residents living in the village will have access to support services run by non-profits to address mental illness and addiction problems. A licensed case manager will oversee a group of occupational therapy students to serve as a team and work with the villagers. The Albuquerque Indian Center has two case managers to work as counselors and a psychiatric nurse will be on hand for mental health crisis situations.

O’Malley said the uniqueness of the village is its location and proximity to transportation and other services.

“This is a high-quality project that was very important and we have several partners that are working with us to get it done,” she said.

A review process conducted by the nonprofits and villagers will determine who lives in the village.

“It really is behavior-based whether or not people are a good fit,” O’Malley said.

Ilse Biel, the future resource manager for the village, said there is a three-strand referral process with a coordinated entry system organized by different agencies. Individuals are assessed or nominated by community members who work with individuals on the street.

A selection group will consist primarily of villagers who will make final selections.

“It’s this community-building aspect, so that the community then grows incrementally so it’s not suddenly 40 people living together, but it’s an incremental growth,” she said.

Biel said the village is seen as a transitional housing project.

“People can stay as long as they need to, but we’ll work very strongly with them to see where they want to get to and try and help them to get there,” she said.

Other housing options often leave individuals feeling like they lost their community they were a part of on the street, Biel said.

The project is a symbiotic relationship with the county and grassroots activists. Biehl said she thinks other counties could benefit from replicating a similar partnership.

“The goal of this is really to create that community where everyone is sort of having someone else to kind of lean on in different ways,” Biel said.

O’Malley said the county hopes to be involved in the construction of more tiny homes.

“I hope what this project will demonstrate is that because it was thoughtful, it was scaled to a neighborhood, it is something that the neighborhood finally could recognize,” she said. “It makes sense to look at projects like this within a community, not outside of the community.”