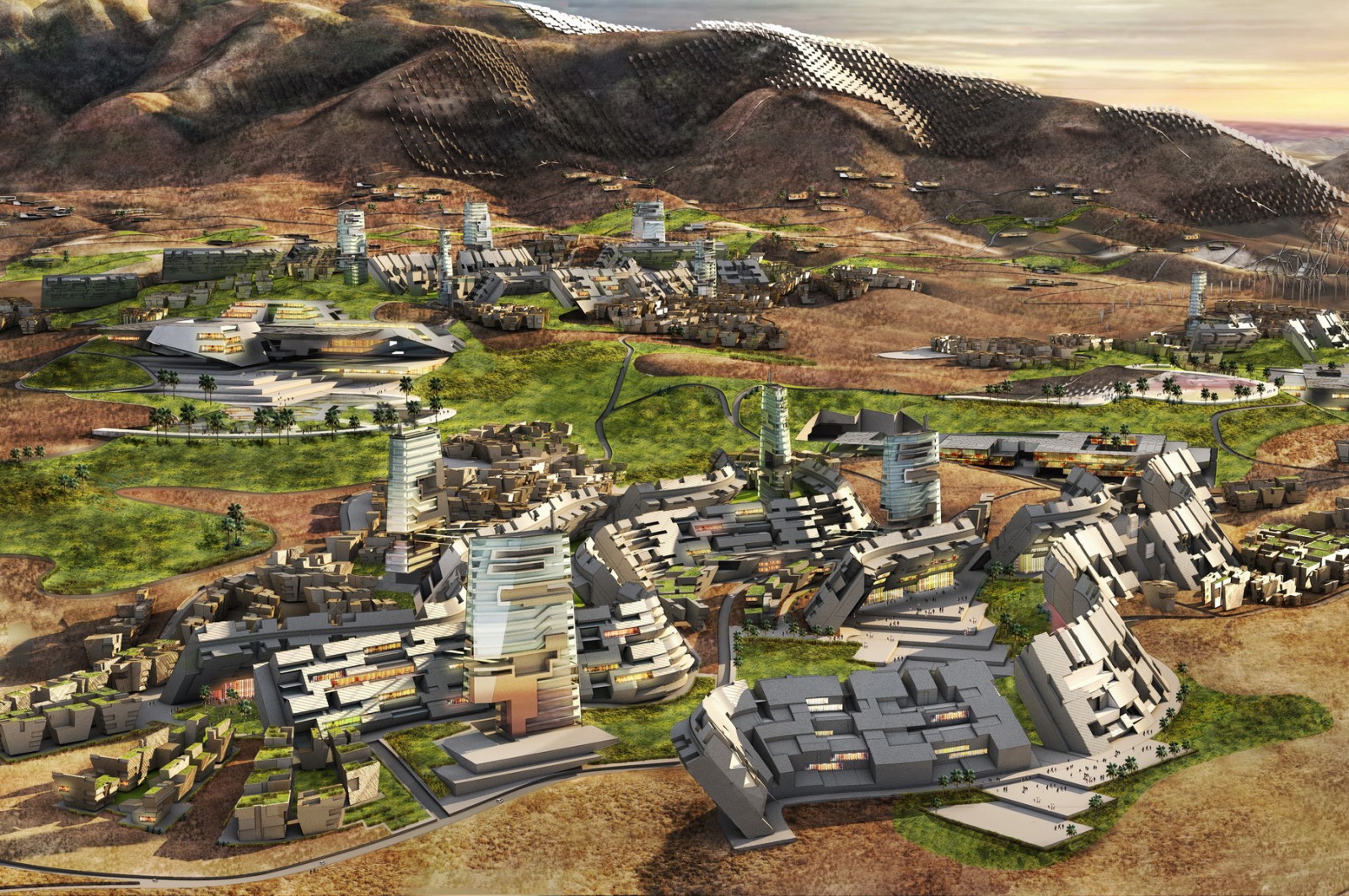 In order to filter by the "in queue" property, you need to add the Entityqueue: Queue relationship.
Storey County objects to governor's proposal that would remove 67,000 acres of the Nevada county to create new a local government, says county is already an "innovation zone"

There’s a lot that Storey County officials like about the concept for a Nevada “smart city” inside its borders. There’s a lot more that concerns them about a proposed measure that would remove almost 40 percent of its land, 12 miles east of Reno, to create a new local government for that development, while hoisting the administrative duties on the county until the new government is ready to operate.

Gov. Steve Sisolak’s (D) proposal calling for “innovation zones” created by private businesses has yet to reach the Legislature, but both Sisolak’s economic team and the county in the crosshairs started talking about it in late February and early March.

Sisolak hinted at the plan during his State of the State address in January, touting Blockchains LLC’s investment in Storey County.

A draft calls existing forms of government “inadequate alone to provide the flexibility and resources conducive to making the state a leader in attracting and retaining new forms and types of businesses and fostering economic development in emerging technologies and innovative industries.”

Storey County, however, disputes that characterization.

“I don’t find that this assertion has merit,” Commission Vice Chairman Clay Mitchell said during a March 2 meeting. “I don’t want to speak for them, but I think Google, Switch, Tesla, some of the other innovative tech companies that are in our county would beg to differ as well. Somehow, these emerging industries and innovative technologies have found a way to work with our local government model.”

If passed as written, the proposal would remove 67,000 acres of Storey County’s privately owned land, adding up to what County Manager Austin Osborne estimated could mean tax revenue losses ranging from $48 million - $64 million.

“We don’t really believe it’s necessary to create a separatist, local type of government,” Osborne said. “Storey County is the poster child for this sort of (development).

“We are the innovation zone. Most of the updates that we’ve done to the zoning ordinance since…2008 have been to deregulate, smooth out the zoning and make it easier to build things, not the other way around.”

Storey County is home to a little more than 4,000 residents, but Blockchains’ proposals for 15,000 homes in the Innovation Zone would add roughly 36,000 new residents as part of the city’s residential component.

Though the proposal has focused on Storey County, it’s caught others’ attention as well.

“At this time, all of Nevada’s counties have concerns about this legislation and have expressed those to the proponents,” said Dagny Stapleton, executive director of the Nevada Association of Counties.

The proposal comes as Nevada’s tourism and service-based economy continues to suffer from the COVID-19 pandemic measures to mitigate the novel coronavirus.

It’s “an economic crisis that hit Nevada hard, if not harder than any other state due to the frailty of our economic structure and of course our reliance on the tourism and hospitality industries,” Sisolak said during a Feb. 26 press conference. “This state has talked for years about economic diversification and expanding our economy into areas beyond casinos and gaming. Positive strides have definitely been made in recent years, yet Nevadans have once again found ourselves to be incredibly vulnerable in an economic downturn.”

Sisolak’s proposal currently would allow private businesses to create an innovation zone with 50,000 acres of uninhabited, unincorporated land in a single county, a $250 million investment in the land and infrastructure before applying and a commitment to invest $1 billion over 10 years. The program would operate out of the state Office of Economic Development, and the applicants must involve the use of an innovative technology.

The applicant must also secure access to public utilities and necessary natural resources — The Nevada Independent reported that Blockchains LLC purchased water rights in a groundwater basin about 100 miles north of its property in Washoe County.

Existing governments cannot exercise eminent domain powers over an applicant’s property. Applicants must have an industry-specific tax levied on it by the Legislature.

Upon approval, the governor would name a three-person Board of Supervisors with no interests in — but two nominated by — the applicant, with identical powers to county commissions but with authority that supersedes surrounding county government; but the surrounding county is responsible for county-level powers and services until the innovation zone has 100 residents and can assemble its own government and eventually take over services.

“It is not a ‘company town,’” Sisolak said. “That’s not what it is. They are subject to the same laws as other local government officials.” None of that makes Storey County officials any more comfortable.

“This type of environment is unpredictable,” Osborne said. “We have no say in the governance, but we’re still expected to provide services to those areas, police, fire, management, clerk offices, recorder. We could go from 150 staff that includes fire, sheriff, everybody — to maybe six, seven, eight, nine thousand people like our neighboring jurisdictions, to provide services to this area. And the way it’s written so far, at any given time it could just vanish — they then assume those staff, yet we’ve had to build office space and put infrastructure and those things into housing all of those people to that point.”

Why not a county?

Storey County officials contend they provide the same outcomes as an innovation zone and would be willing to explore additional levels of autonomy.

Jeremy Aguero, principal of Applied Analytics, said the proposal shouldn’t be seen as a slight to county governments. Sisolak, formerly the chairman of the Clark County Commission, is the first Nevada governor to have served county government in a non-prosecutorial role since former Mineral County Assessor and Sheriff Fred Balzar left office in 1934.

“The structure of governments in the state of Nevada, we’re not talking about retrofitting a community with some type of innovative technology, we’re talking about building a city from the ground all the way up,” Aguero said. “This isn’t an indictment of any particular jurisdiction, be that Storey County in the case of Blockchains or anywhere else.

“Governance can evolve and be integrated into the function and needs to the community,” Aguero said. “You’re talking about orders of magnitude different in terms of that technology.”

“So much of what has been developed in the state of Nevada has been built to the scale of the automobile. This is the way that we’ve done it traditionally and the amount of resources, the amount of requirement, the amount that would ultimately and potentially transition the nature of any individual county is significant. You’re talking about a county that has relatively little in population and an innovation zone that would be substantially larger than that in terms of order of magnitude.”

As recently as 2018, Blockchains CEO Jeff Berns was pursuing county approval for his smart city, The New York Times, reported. He had spent $300 million on land, offices, planning and staff.

“This will either be the biggest thing ever or the most spectacular crash and burn in the history of mankind,” The Times quoted him. “I don’t know which one.”

“What if it doesn’t work?” he asked the Commission. “What if this thing, halfway through, doesn’t come to fruition? Who takes this over? What if the land is a superfund site?”

“These old malls were built in the ’60s, ’70s and ’80s… hundreds of millions of dollars have been put into the properties to try to make them feasible and the local jurisdictions are stuck with blighted properties.”

Leave the bathwater, take the baby

Although the commission passed a resolution opposing “separatist governing control and carving up of Storey County,” it also resolved to push for outreach to pursue the innovation zone project without changing the form of local government.

“The majority of what they want to do is good by the county overall,” said Chairman Jay Carmona. “I believe Storey County is very capable of serving the needs of Blockchains.”

Though the 36,000 additional residents projected by the project and futuristic design may contrast with the aesthetic of former mining town Virginia City, Osborne said the plan mostly falls within the county’s master plan, last updated in 2016. The residential component would be highly urbanized and dense, in a mixed-use environment common to new urban design.

“Things like stainless steel and high rises and glass, lots of very modern types of designs,” Osborne said. “The overall look of this is neotraditional, probably more New Urbanism in the planning world. It’s very high density, it’s walkable, it’s a Generation Z-type, mixed-use residential environment and its really focused on incubating technology and ideas…. We’d love to see that sort of thing out in that area, even to the most extreme level of that design.

“We think at this point that those are good things. We know that’s the future of our world and we are certainly a county that’s all about creating the future.”