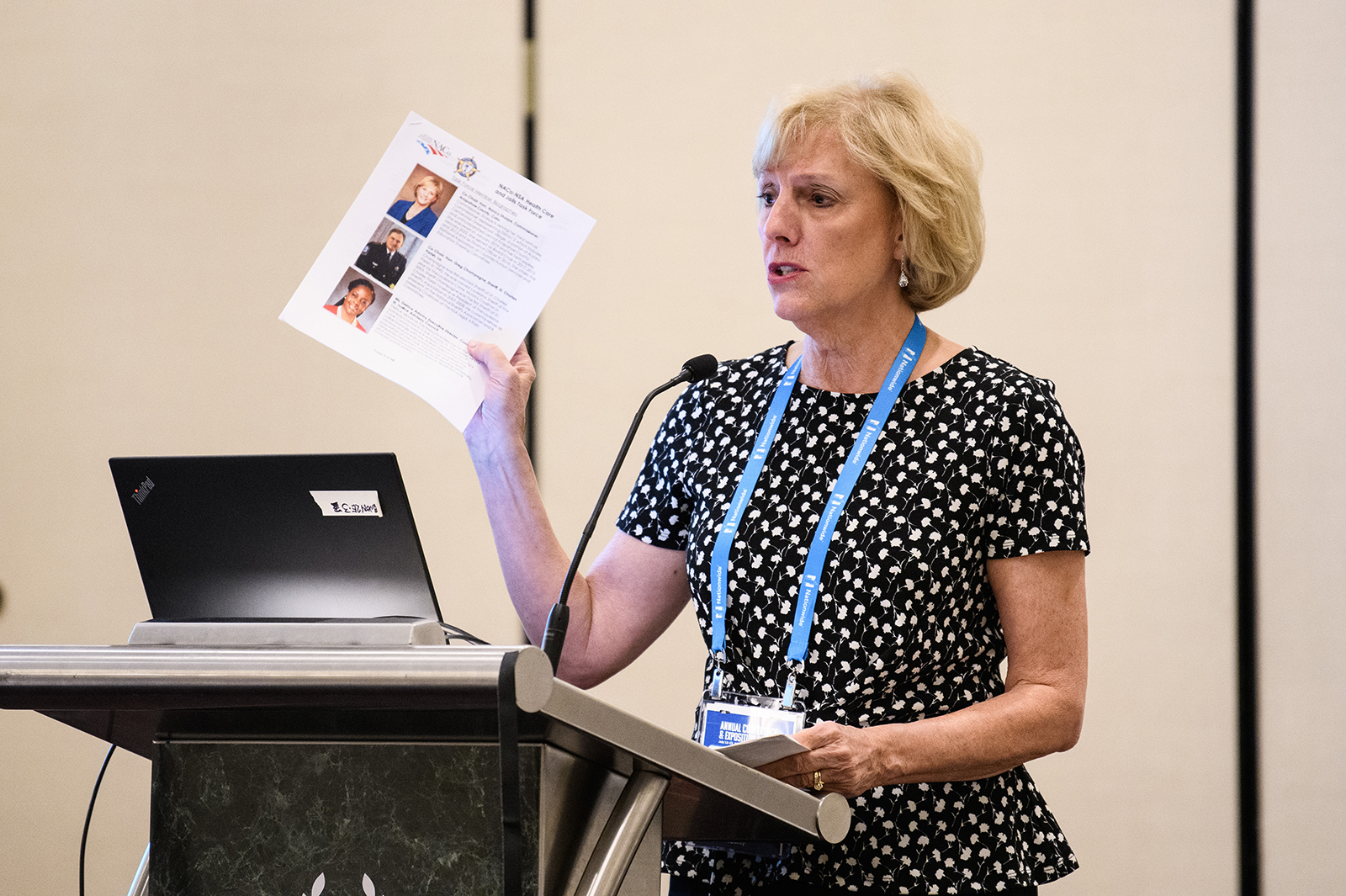 In order to filter by the "in queue" property, you need to add the Entityqueue: Queue relationship.
The NACo- National Sheriffs Association met July 14 to begin tackling a problem that sees people lose federal health benefits when they enter county jail.

A task force made up of members of NACo and the National Sheriffs’ Association met July 14 to begin tackling a problem that sees people lose federal health benefits when they enter county jail.

Across the United States, county jails house the mentally ill and those with substance use disorders. When someone is arrested and is unable to make bail, they lose their federal healthcare benefits. Those people are often stuck in a revolving door, landing in jail after their health care is disrupted after losing their federal health benefits.

“This issue is simply about federal policy makers not understanding the difference between prison and jail,” Chase said. “When you look at case law, the only individuals who are guaranteed healthcare are inmates; they are guaranteed a right to healthcare services because they’ve lost the ability to procure it on their own. What that court case doesn’t say is actually who pays for it.”

“We have a problem where you lose your benefits at arrest and not at conviction,” he said. “There’s also a double standard, if you are arrested and you post bail, you retain your federal benefits, but if you’re housed in the county jail, you lose them.”

“Most people do not know we have this kind of an issue,” she said. “We’re looking to amend the policy that would help contribute to better health justice and public safety outcomes for these individuals as well as our communities.”

The topic is “near and dear to me,” said audience member Caddo Parish, La. Commissioner Steve Jackson. “I talk about it all the time. We’re wasting taxpayers’ money. The $350 we spend just to hold them is wasted. We’re spending $5.5 million on healthcare on pretrial detainees.”

Panelist Washtenaw County, Mich. Sheriff Jerry Clayton also spoke to NACo members at the town hall. “I was excited [about the task force] for a variety of reasons,” he said, noting that while his county is “fairly well off…how do we support a population with mental, behavioral and physical health problems?”

The possibility of recidivism stands at 58 percent for those with mental health problems, he noted.

Fellow panelist Jim Martin, vice president of project development at the National Commission on Correctional Healthcare, noted that detaining the mentally ill costs three times that of the average inmate.

The task force plans another in-person meeting in October. Chase noted that the group welcomes input from all.