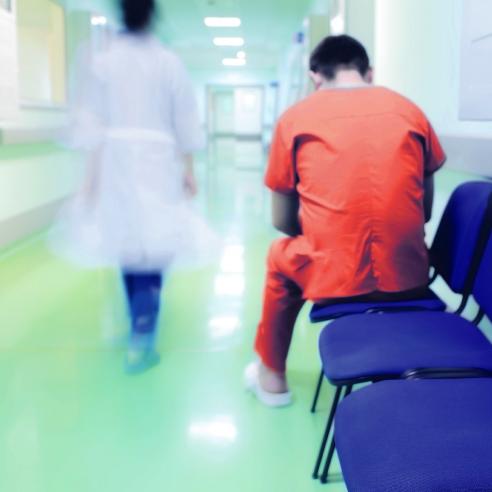 About the Task Force

Convened in March 2019, the National Association of Counties (NACo) and National Sheriffs' Association (NSA) joint task force is made up of NACo and NSA members representing county leaders, law enforcement, judges, prosecutors, public defenders, behavioral health and veterans’ services, who- over the next few months- will be dedicated to exploring and raising awareness about the impacts of the the Medicaid Inmate Exclusion Policy (MIEP), a federal policy  strips federal health and veterans benefits from individuals upon admission to jail – not upon conviction, and its contribution to the national behavioral and mental health crisis as well as rates of recidivism in our local jails.

What Is the MIEP?

The Social Security Act (Sec. 1905(a)(A)) prohibits use of federal funds and services, Children’s Health Insurance Program (CHIP) and Medicaid, for medical care provided to “inmates of a public institution.” This federal law, known as the "Medicaid Inmate Exclusion Policy" does not differentiate between a convicted inmate and a person incarcerated prior to conviction.

In its efforts to to reduce jail inmate recidivism through the continuity of health services, the work of the joint Task Force will center around 4 key objectives and 3 core focus areas, outlined in the drop downs below.

Since the start of the 116th Congress in January, legislators on Captiol Hill have introduced proposals that could improve the federal, state and local partnership in providing safety-net services to pretrial incarcerated individuals. Below, please see a status update on moving pieces of legislation that NACo and NSA are currently monitoring. Our goal is to obtain bipartisan support for legislation around this issue.