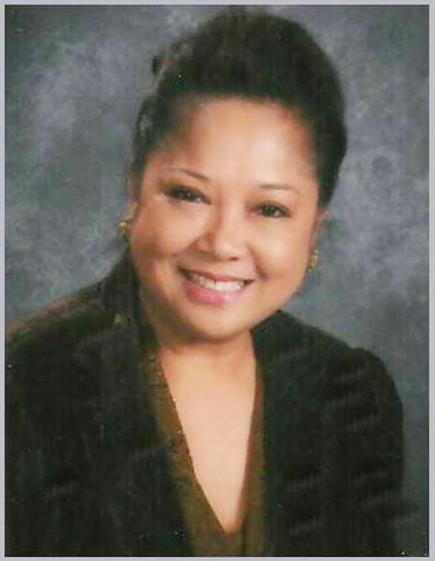 Why are you interested in serving as a NACo officer?

We live in a diverse America and no doubt our government both locally and/or nationally has seen the effects of this diversity, not just in ideas but in culture and relationships. NACo, as a representative of bipartisanship within the workings of government, continues to promote what is best for the country’s 3,069 counties. To be a part of this organization in a leadership role is a privilege and an honor. A well represented organization thrives better and serves better. Stronger Counties. Stronger America, through stronger diversified leadership roles.

My interactive, effective, sincere experience with my constituents as well as with those I work with has been an inspiration for me and is a driving force to have this carry forward to a national level. As an assimilated Asian American female immigrant, the wealth of knowledge and diverse ideas I can bring to the table at NACo on a national level is yet to be presented and acknowledged. This is a step in the right direction for NACo to give this scenario a chance. We serve an ever-changing population with ever-changing needs. The demographics seem to change as fast as the speed of light. The time has come for me to give of my contribution willingly and without bias. NACo can make that happen.

The importance of what I have done as a contribution to NACo is in direct proportion to what NACo has done to make me a better public servant. By my attending the numerous seminars, meetings, conferences, NACo has equipped me with skill sets and tools to better serve my constituents. I have plugged in the importance of NACo to our counties every chance I get. My county has in some ways been seeing and acknowledging the benefits of belonging to NACo. We have adopted some of the ideas and other programs are being considered on a regular basis. I can say that I have placed NACo on our local county map.

My local AIC likewise has been a tremendous asset to the efficient performance of our county through attendance in various conferences, classes, seminars and meetings. The ideas I take home from attending these have been shared to those who are willing to listen with excellent success. Through this involvement, myself and the county continue to be an effective and relevant presence in our community. We continue to do an extraordinary job with an outstanding vision of the future. The exchange of ideas from other public servants/attendees has been and continues to be invaluable.

What do you consider to be the two or three most important challenges facing NACo in the near future on which the Officers/Executive Committee/Board of Directors should focus? Why?

While the lobbying of several issues affecting our member counties has been NACo’s focus since inception, the outcome has not been as effective or as successful as we should have expected. We need to be more aggressive and demanding of our legislators. Emphasizing that they pay higher attention to what are more pressing and relevant issues our counties face. It is not just about them offering monies, grants or funds to counties, it is more about coming up with legislation that sticks. The push needs to be harder. Legislation that needs not be revisited every year is legislation that is thought-of and are better for the nation overall. Doing it right the first time is recommended and is not impossible.

The issue of immigration reform will be a battle. The previous President has set some protective agenda/measures in this regard, while the newly elected President has other plans and ideas. This will be a long sorting-out phase and NACo needs to be prepared and decisive as to where it really stands and stick to it. Supporting what’s best for the counties should always be on top of the priority list.

What measures would you recommend to increase and retain NACo membership and to encourage broad participation in NACo by elected officials and employees of NACo member counties? What specific role would you be willing to assume to help build and sustain membership in NACo?

I have already been doing this, by way of promoting NACo every chance I get. But still, NACo must aggressively come out on a regular basis and speak to the local county organizations equipped with participation lists, enrollment forms and other informational presentation. NACo may offer incentives in many ways including but not limited to “free membership” for the first year (perhaps).

NACo may consider assigning/appointing an elected official to serve as a NACo representative for each county. Specifics can be sorted out between NACo and the appointees.

Leadership is about service, not power.