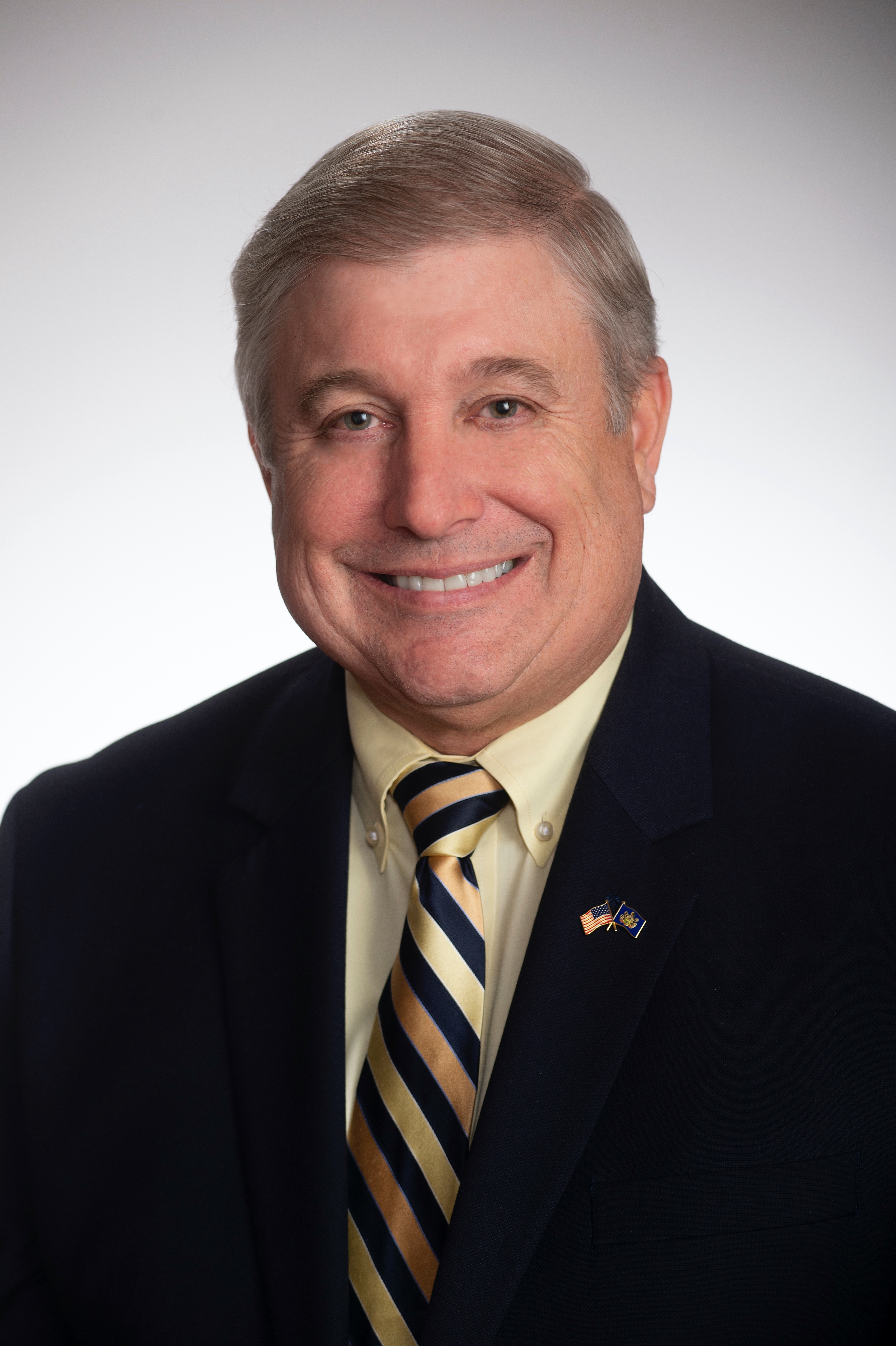 Why are you interested in serving as a NACo officer?

Since my first NACo Annual Conference in 2008, I’ve learned to appreciate the many ways NACo staff and members work to advocate for the benefit of county government, offer opportunities to develop as county officials, and learn from the experiences of each other every day. During my early service as commissioner, I used to think that being a County Commissioner was a stepping-stone to higher office, but I have come to appreciate that county government IS the higher office. It is the level of government that still works as intended and interacts and serves our residents every day.

I believe it is not just the big things but the sum of the small, daily, positive actions and decisions that define any organization. I want to help strengthen county government, model positive leadership and promote civility. Also, COVID-19 has had a significant impact on counties but also has opened doors for better communication with residents, legislators and peers. With that in mind, I hope to ultimately help us do a better job telling the wonderful story of what county government does for our county residents every day. I wholeheartedly endorse NACo’s mission and would be proud to represent our members in Washington and across the country.

I’ve had the privilege to play a role with a great team of people to help make NACo stronger. This began at that 2008 NACo Annual Conference in Kansas City when a group of county leaders started plans to form a Northeast Caucus. That meeting was the early planning to mirror the Western Interstate Region (WIR) in the Northeast, and this effort helped lead NACo to create the four Regional Caucuses that exist today.

I was elected by the members of the County Commissioners Association of Pennsylvania (CCAP) to serve on the NACo Board starting March of 2012, and I continued working with the NACo Executive Committee after my election as Northeast Region Representative in March of 2014. My involvement on the NACo Membership Committee and winning the 2013 NACo Membership Recruiter of the Year Award reflect my strongly held belief that we cannot lead our counties alone – we need the valuable support provided by our state associations, NACo and peers in county leadership throughout this nation.

NACo membership also provides a synergy that a county cannot achieve on its own. I’ve joined NACo colleagues on the Hill to testify about the proposed Waters of the U.S. regulation. I spoke at a press conference on the Hill regarding the Cadillac Tax. I’ve met with administration officials to discuss transportation initiatives and the problems with ICE detainers. I’ve participated in NACo sponsored forums on the Hill to address mental illness in our county jails. These are all valuable opportunities to work with my NACo colleagues in support of counties. Because of these NACo efforts and many more like it I believe it is now the most effective local government association in Washington D.C.

At the state level, my response would be the same. “No man (or woman) is an island.” Success is the result of a team of dedicated county leaders and state association staff. During my tenure as president of CCAP, I was able to promote several changes that our Board and in some cases our membership voted to support. For instance, I helped change the Veterans Affairs Task Force into a committee and to move our Academy for Excellence Committee (CCAP’s certificate training program for county officials) to a Board level committee as well as work with the Academy Committee to begin an intensive annual county leadership program that continues today. I helped establish our current Elections Task Force, and I helped put in place an electronic voting system for the Association’s policy resolutions that allowed every CCAP member in the Commonwealth of Pennsylvania a chance to vote on resolutions and have a voice in our policy process. I currently serve on the CCAP Board of Directors. CCAP, like NACo, is one of the most effective associations in PA.

What do you consider to be the two or three most important challenges facing NACo in the near future on which the Officers/Executive Committee/Board of Directors should focus? Why?

1. The first challenge is strengthening the system of Federalism that treats county government as a critical part of the policy making effort in DC. Too often our federal leaders, as well state leaders, forget or do not understand the role counties play, and without county knowledge or input in the decision-making process, changes often affect our ability to deliver critical programs and services, or worse, have unintended consequences for those we serve. Counties must have a seat at the table because we understand best the needs of our residents and can be a valuable partner to making government across all levels as effective and efficient as possible.

2. Secondly, we should be enhancing the ability of county leaders to tell the story of what they are doing every day to improve the lives of their county residents. Unless someone has a reason to use a county service, most individuals are not aware of all that counties do. We need to help NACo members engage and inform state and federal elected officials, their media, and residents about how counties interact and serve their lives every day. This kind of engagement can empower our county leaders with their residents and help create a more powerful voice for their state associations as well as NACo.

What measures would you recommend to increase and retain NACo membership and to encourage broad participation in NACo by elected officials and employees of NACo member counties? What specific role would you be willing to assume to help build and sustain membership in NACo?

The Value of Advocacy is the clear #1 need and value provided by NACo. I believe that one of the key steps was when NACo recently moved away from a focus on programs to save counties money to a focus based on determining what counties want and need. It’s not that these cost saving programs have no value, rather that federal level advocacy is something local leaders acting alone cannot do nearly as well as we can as we act together as NACo!

I also believe that we must continue to make certain that our membership retention efforts are always a top priority. That means connecting with newly elected officials in these counties as soon as they win their elections, providing information and testimonials on the value of NACo and, in particular, the value of participating in NACo functions and committees as a way to learn and build valuable relationships and strengthen their new role as a county elected official. It also means regularly surveying members to see how NACo is meeting their needs because that is job #1 of our organization. It’s much easier to retain members than it is to bring on new members.

If we will work to further empower current NACo member counties to better tell their story to their elected officials, media and constituents, we will establish NACo as the “go-to partner” every county official needs. I am willing to act as an ambassador, fortify relationships, and work with peers and NACo staff to fulfill the mission of the organization and assist leaders across the nation in understanding the critical services provided by counties and NACo, the National Association of Counties.