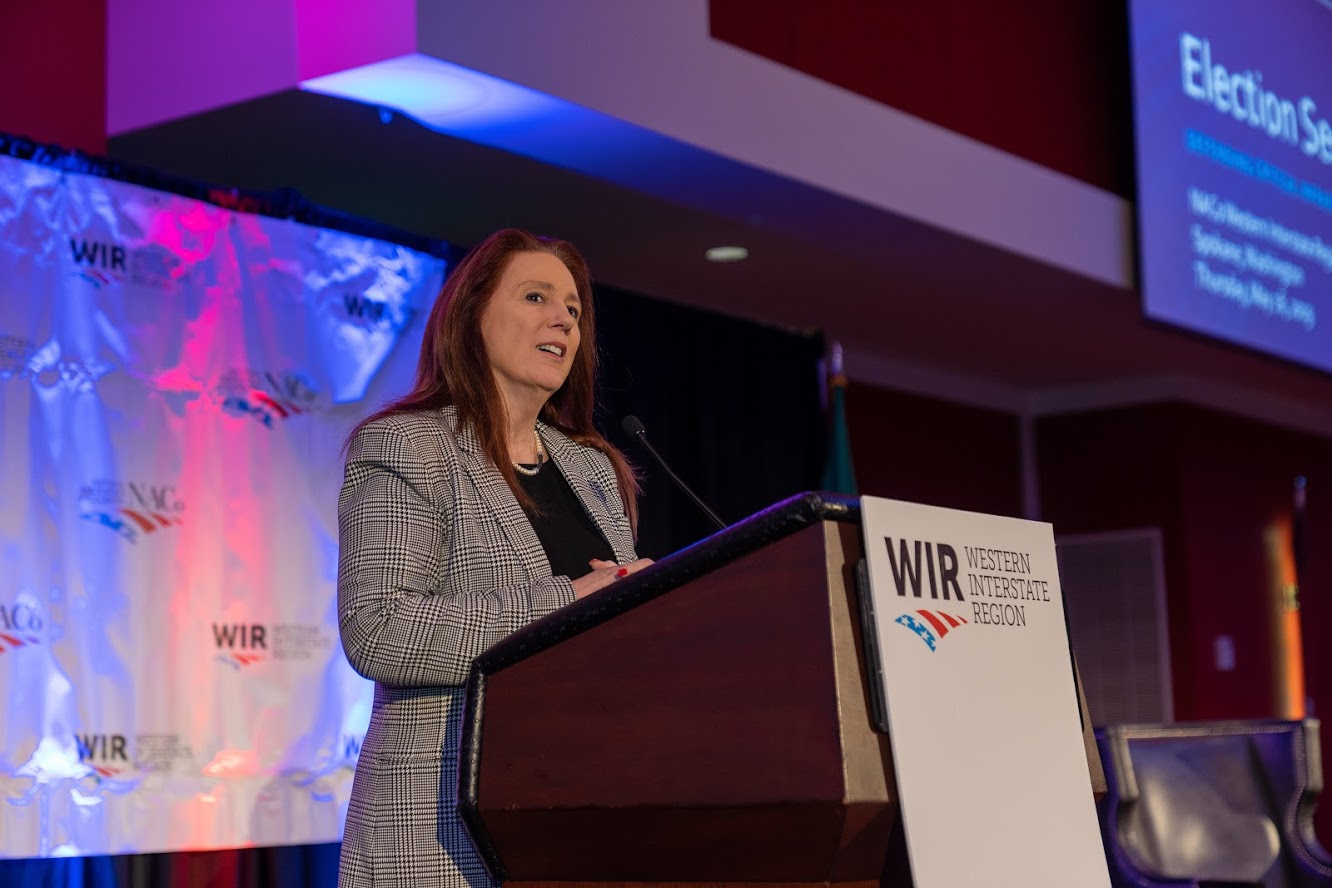 In order to filter by the "in queue" property, you need to add the Entityqueue: Queue relationship.
Kim Wyman started planning, with the help of Washington's 39 counties, to modernize the state's voter registration database five years ago

Recent legislative changes regarding voting in Washington have come to pass just as Secretary of State Kim Wyman’s six-year project comes to fruition, thanks to the participation of the state’s 39 counties.

In 2018, the state Legislature passed five elections-related bills, including same-day voter registration, automatic voter registration,  and a future voter program that pre-registers 16 17 years olds to vote. While that makes it easier to vote, it raises the challenge of ensuring that all votes are valid.

“We need to instill confidence in our voters that our systems are secure and that we’re ready for the 2020 election,” she said. “Our job is to balance election security and access. If you go too far in either side, things fall out of balance- if you make it to secure people can’t vote and if so wide open on access, people don’t have confidence that those are legitimate votes being cast.”

“On election day, we have to prevent someone from starting in Seattle and working their way down I-5 and visiting each county and registering and getting a ballot and voting,” she said.

It’s something Wyman has been planning for.

In 2014, a year into her first term as secretary of state, 11 years after Help America Vote Act funding had helped counties modernize their voting systems, Wyman assembled the election officials from all 39 counties. She knew none had a serious plan for replacing their systems.

“I asked them, knowing what you do now - with all mandates and security concerns - would you build the voter registration and election management system we have today? Not a single hand went up,” she said. “I knew I needed I had to update our system but I knew I couldn’t do it without the counties being involved. “

With $4 million in leftover HAVA money and $6 million from the Legislature, the state developed new software that will integrate the statewide voter registration system and the county election management systems and show results in real time.

“This is groundbreaking,” she said. “Up until now, they were separate systems that might talk to each other sometimes,” but couldn’t be used to cross check each other instantly.

Wyman’s staff was able to build the new system, VoteWA, with an eye to cybersecurity, a topic that had been on her mind since serving as the Thurston County auditor starting in 2002.

The system that’s public facing doesn’t have a line of communication into things like our voter registration database.

Wyman recounted the confirmation she got in 2017 that Washington was one of 21 state election systems that Russians tried to hack a year before.

She bragged about the skill of the Washington National Guard as a partner in cybersecurity.

“We have those part-time soldiers and airmen who in their day jobs work at Microsoft, Google and Amazon. Those are some of the people who are helping us with our cybersecurity needs i the state.

But she acknowledged the long odds.

On the other hand, she reminded the audience that hacking the actual vote totals -- the source material from which election results are drawn -- were secure, and went as far as to pronounce that not a single vote had been hacked, altered, manipulated or changed. In large part because elections computers are not accessible via the internet.

“The strength of our elections system is that its decentralized,” she said. “We have  9000 independently elected officials… no single person or no single group has total control or can manipulate variables that could elect the outcome.”