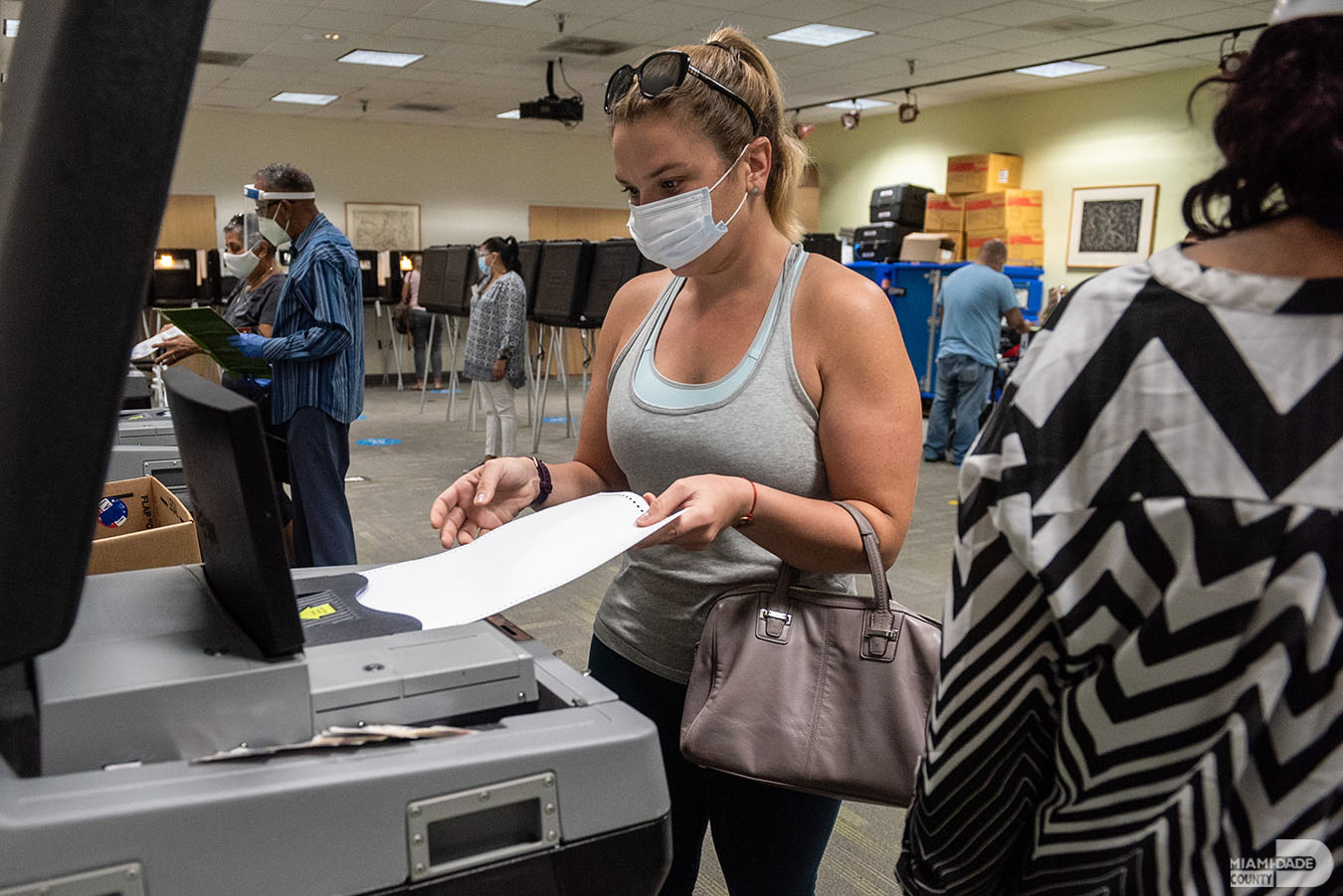 In order to filter by the "in queue" property, you need to add the Entityqueue: Queue relationship.
In an election already charged with enthusiasm, county elections departments added their own touches

Before, during and after Election Day 2020 — the spotlight was on counties. In an election held during a pandemic and already charged with enthusiasm, county election departments around the country went the extra mile to maintain a sense of calm, reliability and a little levity in the face of an election that had many on edge.

“Everybody needs a little dog time now and then,” she said.

More for the poll workers than the voters, though they were encouraged to hang out, Coconino County, Ariz.’s ballot drop-off location had a house band, Righteous Harmony, on hand to provide entertainment in the days leading up to the election.

If you’ve ever been to Disneyworld, you might have used their “Wait times for Disneyworld” app, to avoid long lines. In Maricopa County, Ariz., residents could get similar information for voting. Residents there can vote at any polling location and can check the county election webpage to find out wait times at polling locations near their home or business. Every 30 minutes, a poll worker at each site updated the estimated wait-time and number of people in line.

Although robust early and mail voting took some of the pressure off on Election Day, some counties still had some hurdles to overcome.

On top of a pandemic, Gulf Coast counties, including those in Alabama, also were hit by Hurricane Zeta. The weekend before the election, the storm knocked out power to more than 300 polling places. But by Election Day, all polling places were open, with power restored or generators on site. The storm also caused polling places to be moved in Louisiana. Utility companies and county officials in Mississippi and Georgia also scrambled to restore power to make sure residents could vote.

An ice storm last week in Oklahoma County, Okla. that had long-lasting consequences for the restoration of electricity ended up being less of a problem for affected polling places. Oklahoma uses a paper ballot system, so the show went on, often with cell phone flashlights providing assistance.

Voters saw delayed results coming out of some counties in Georgia on election night. Fulton County experienced a delay counting absentee ballots after a pipe burst in a room that stored the ballots at the State Farm Arena. The broken pipe did not damage any ballots or elections equipment, but delayed the processing ballots for four hours, Fox 5 Atlanta reported.

Issues also arose in Gwinnett County where a glitch with new software impacted thousands of ballots and delayed results for absentee ballots.

Allegheny County, Pa. got most its absentee ballots out early, but state law prevented the county from even opening the envelopes until Nov. 3, regardless of when they were returned. As a result, the creases in the ballots were harder toe straighten out and elections workers had to feed them into machines in smaller batches to avoid jams, WESA-FM reported.

Many counties across the country saw extensions to polling location hours after delays in opening times.

The North Carolina State Board of Elections extended the hours for four polling locations for precincts in Sampson, Cabarrus and Guilford counties because of delayed openings caused by problems with printers and other electronic equipment.

A precinct in Sampson County received the longest extension of 45 minutes, the Associated Press reported. As one of the first states on the east coast to see all polls closed, the extensions delayed the time North Carolina could report statewide results, pushing the time back to 8:15 p.m. from 7:30 p.m.  Clark County, Nev. also saw voting extended by an hour for certain polling places that opened late because of technical difficulties.

Harris County, Texas withstood numerous legal challenges to the more than 127,000 votes cast at drive-through voting locations based on an argument about what constitutes a polling place.

The arguments centered on the definition of a building, an important distinction in the state law, “each polling place shall be located inside a building.” Most drive-through voting locations were inside tents, the Texas Tribune reported.

U.S. District Judge Andrew Hanen ruled late Monday afternoon that the ballots already cast could not be invalidated. Although the Fifth Circuit Court of Appeals denied a motion to halt drive-thru voting, County Clerk Chris Hollins closed 9 out of 10 drive-thru voting locations as a precaution on Election Day.

Polling places themselves varied. Though mostly in community centers, fire stations, schools and other public buildings Westmoreland County, Pa. voters can cast their ballots in two women’s basements, the Greensburg Tribune Review reported. The state election code allows for private residences to be used if they are accessible and free of voter intimidation

In the 1960s, one community’s polling place changed regularly among equally undesirable locations. bounced from a one-room schoolhouse to an old gas station that didn’t have bathrooms, water or heat. Betty Tokarcik used to drive results for her minority inspector mother to the courthouse and offered the used of the foundation of the home her carpenter husband was in the process of building. The ground-level basement was finished a few years later and the polling place has remained for 57 years.

Elko County, Nev. wanted to be able to report out some early results, but word came back that one precinct, in Jiggs, could not confirm that polls had closed.

Jiggs, the Lamoille Canyon town that produced two governors, has a population of 2.