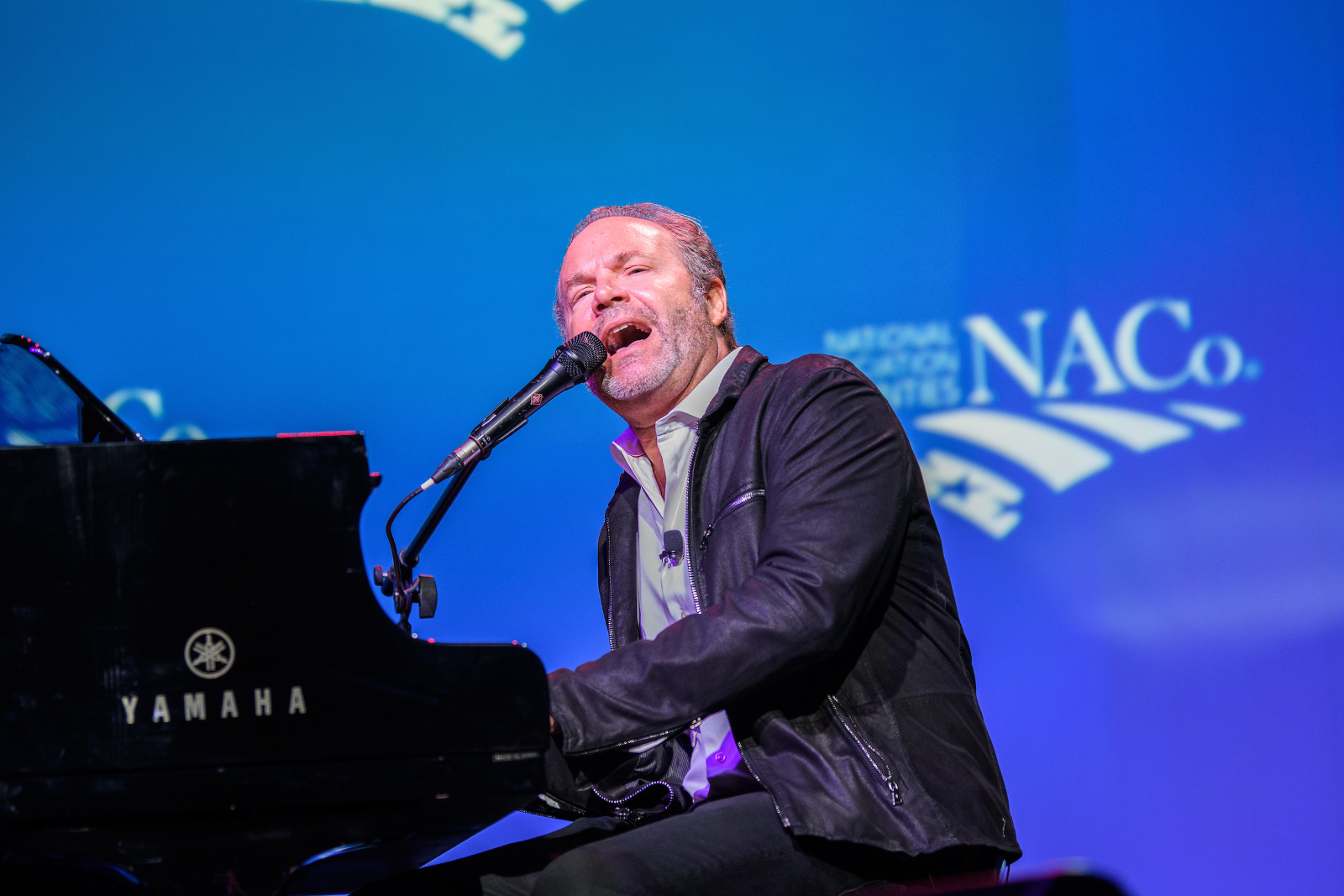 In order to filter by the "in queue" property, you need to add the Entityqueue: Queue relationship.
Grammy-nominated musician John Ondrasik only knew counties from performing at fairs until he managed his family's business during the pandemic and had almost daily contact with Los Angeles County’s public health department.

It was the same old song.

Boy develops love of music. Boy works at family business on the side. Boy finds himself in charge when global pandemic disproportionately threatens the health of 30 of the business’ older workers, including boy’s father, the company president.

Up until then, John Ondrasik’s familiarity with counties came mainly from performing at county fairs as “Five for Fighting,” maybe shaking hands with an elected official backstage.

“When the pandemic occurred, I had a new relationship with you,” he said to the General Session audience July 10, while describing the perspective that many members of the business community saw in 2020. His family’s wire fabrication business produces shopping carts and its contribution to the food supply chain qualified it as essential during the height of the pandemic.

“If you have three COVID cases in two weeks, like we did, you’re designated an outbreak, and you have to call the county,” he said. In Ondrasik’s case, that was Los Angeles County. “I was scared. I was nervous.”

“They were going to send an inspector out to see the factory. Was the inspector going to yell at me? Will he be mad at me?” Was he going to write me a ticket? Fine me?”

His fears, he said, were allayed. A public health nurse talked him through contact tracing and prevention measures, and soon she was on his speed dial. He found everyone he worked with from the county to be compassionate.

“One of the silver linings of this terrible time was that I got a sense of your reality, your challenges,” Ondrasik said. “I know your job is hard in normal times, I also know no matter what our intent is, someone is always mad at you, no matter what you do. That’s hard enough in real times. With a pandemic hanging over your head…”

He hoped he could represent all small businesses and thanked county officials across the country for the services and guidance they provided to the private sector throughout the pandemic.

“We could not have done it without you,” he said.

He performed his Grammy-nominated song “Superman” for the first time in 16 months for the crowd, along with some other personal favorites, relating how a conversation with his young daughter provided the lyrics for one song. Ondrasik noted that he wrote “Superman” in 45 minutes and never expected to perform it himself, let alone see it find such cultural resonance, particularly in a post-9/11 world.

So, the possibility now exists that Los Angeles County personnel, in the course of just doing their jobs during the pandemic, could find themselves as fodder for Ondrasik’s next hit song.

Artists are nothing if not dreamers.