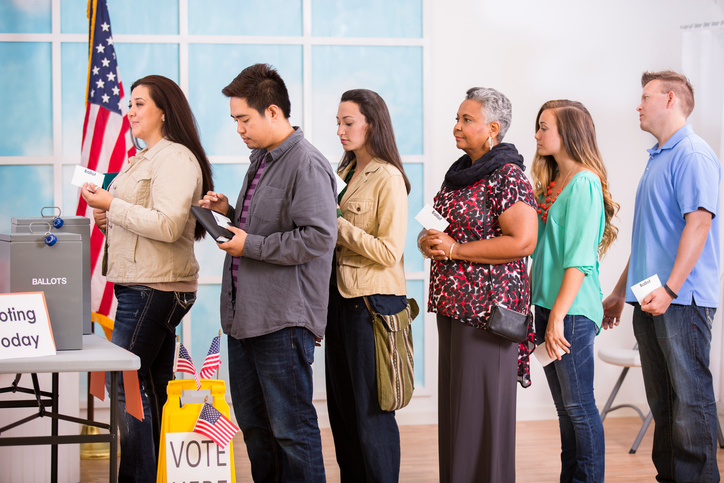 In Husted v. A. Philip Randolph Institute, the Supreme Court will decide whether federal law allows states and local governments to remove people from the voter rolls if the state or local government sends them a confirmation notice after they haven’t voted for two years, they don’t respond to the notice and then they don’t vote in the next four years.

While Ohio is being sued in this case, 12 other states use a similar process. The State and Local Legal Center (SLLC) filed an amicus brief in this case supporting Ohio.

The National Voter Registration Act (NVRA) says that roll maintenance procedures “shall not result in” people being removed from the polls for failure to vote. The Help America Vote Act modified the NVRA to say that states may remove voters if they don’t respond to a confirmation notice and don’t vote in the next two federal election cycles.

The Sixth Circuit struck down Ohio’s scheme, reasoning that it “constitutes perhaps the plainest possible example of a process that ‘result[s] in’ removal of a voter from the rolls by reason of his or her failure to vote.” According to the lower court, the problem with Ohio’s scheme is that the “trigger” for someone being removed from the voter rolls is their failure to vote.