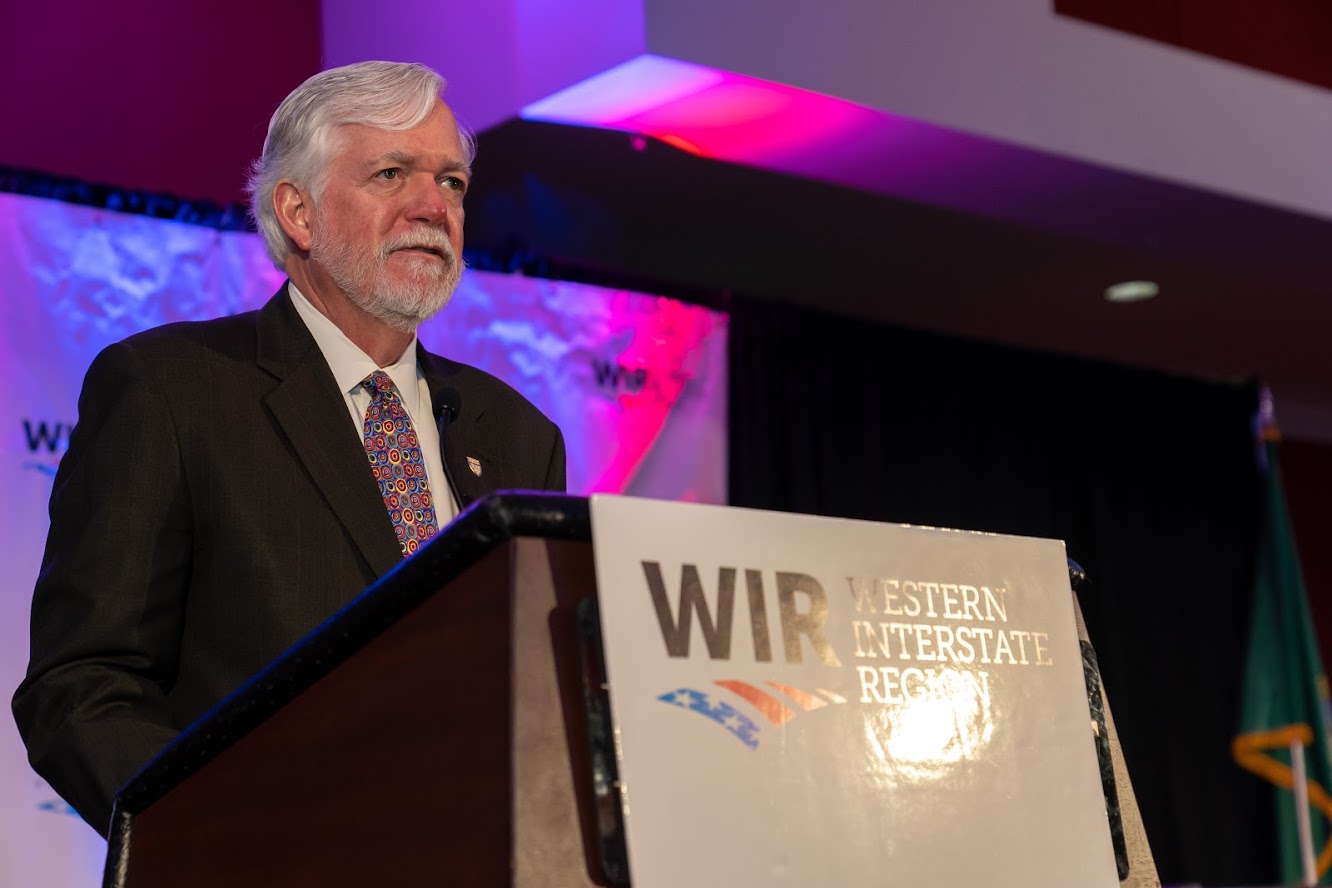 Volcanoes, fjords and everything in between.

That’s the landscape in Washington state, on which Roger Millar, as state secretary of transportation, is responsible for keeping things moving.

“Because we have clean energy in Washington, most of our greenhouse gases some from transportation,” he said. “We complain about congestion, but it’s a symptom of a problem. The problem is that we don’t give the citizens we serve affordable housing and transportation choices near where they work and go to school.”

He dwells on the transportation system failing people, to the tune of 540 deaths and 2,200 serious injuries on Evergreen State roads in 2018. To make it even worse, those accidents account for $8.5 billion in lost economic activity for the state.

“Safety is a public health issues and it's an economic issue.”

He also noted that transportation is access to opportunity, and that access tapers the further down the economic ladder. The working poor spend almost twice the proportion of a wealthier family's budget on car maintenance and fueling, he said, and that makes a difference.

“That’s money that not being spent on healthcare and education and retirement, so providing public transportation matters, and providing walking access matters, too,” he said. “If we could provide that service, maybe you could get by with one car, instead of two.”

Millar won’t be able to get by with fewer employees. The department of transportation employs roughly 7,200 people, but a large chunk of them could be gone in short order.  Of the state’s maintenance crews, 30 percent are eligible to retire. Of the state’s engineering crews, 40 percent. Nearly three quarters of the ferry operators can retire at any time.

“People are not coming in the public workforce to replace them,” he said. “They’re going to Amazon, Microsoft, Boeing.”

Maintenance weighs on him, particularly because his upkeep budget is about half of what he thinks he needs to preserve everything.

“We need to get better at maintaining what we have,” he said about the state’s infrastructure. “The vast majority of what we’re using for the next 20 years has already been built,” and all the state builds in the next 20 years will only account for 5 percent of the state’s total transportation system.

“We look at (our infrastructure) and call them assets, but I think of them as liabilities,” he said, “We have to maintain them and preserve them.”

The biggest advice he can give on maintaining a good transportation system?

“Don’t do stupid stuff on the land use side.”