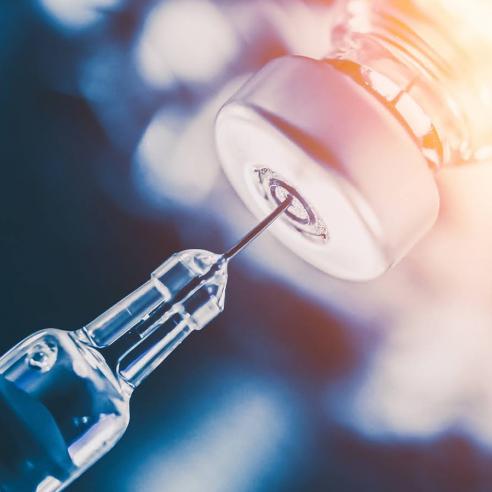 On September 9, the Biden administration announced a new COVID-19 Action Plan, titled “The Path Out of the Pandemic.” The plan takes a six-pronged approach to combat COVID-19, which includes advancing COVID-19 mitigation and response efforts through vaccination and masking, keeping schools safely open and bolstering our economic recovery.

The first portion of this six-part plan outlines efforts to reduce the number of unvaccinated Americans through regulatory powers and authorities. Below is a brief FAQ that provides an overview of common questions and answers regarding the new regulations and their potential impact on counties. NACo will continue to monitor and report on administrative and regulatory action being taken as they occur.

1. What are the details of the announcement made by President Biden regarding employer vaccine mandates?

To enact this goal the President took the following actions:

2. What type of employers would be required to implement vaccine and testing mandates under these new regulations?

3. Are counties that have received federal funding from the CARES Act and the American Rescue Plan considered government contractors, and thus subject to the Executive Order signed by the President on September 9?

The Executive Order specifically states that it shall not apply to:

4. What is considered a covered contract or contract-like instrument?

For the purposes of determining which employers are covered under Executive Order 14042, the term “contract or contract-like instrument” shall have the meaning set forth in the Department of Labor’s proposed rule, “Increasing the Minimum Wage for Federal Contractors, ” 86 Fed. Reg. 38816, 38887 (July 22, 2021).

5. Which County employees would be covered by this mandate?

6. Would counties, as employers, be subject to the impending rule from OSHA for employers with 100+ employees?

The Department of Labor and OSHA generally do not have regulatory authority over local governments and municipalities, however, the impending vaccination and testing regulation for employers with 100 or more employees may impact county employees who are in one of the 26 states that participate in OSHA-approved workplace safety and health programs and submit “state plans” to the agency.

There are currently 21 State Plans covering both private sector and state and local government workers, and there are five State Plans covering only state and local government workers…so therefore when Federal OSHA promulgates an ETS, these states must either amend their standards to be identical or “at least as effective as” the new standard, or show that an existing State standard covering this area is “at least as effective” as the new Federal standard.

7. Where can I determine if my county will be subject to the OSHA rule?

The below map outlines the 26 states with OSHA-approved State Plans covering local government workplaces that may be impacted by the OSHA vaccine mandate. For more details on these states, please visit https://www.osha.gov/stateplans.

8. When can we anticipate these requirements to be implemented and enforced?

The Executive Order on Requiring Coronavirus Disease 2019 Vaccination for Federal Employees requires the Safer Federal Workforce Task Force to issue guidance on how agencies should implement the vaccination requirement within 7 days of the issuance of the executive order (September 9), which means that guidance will be issued no later than September 17.

CMS has indicated that it is developing an Interim Final rule with Comment Period that will be issued in October.

The timeline for the release of OSHA’s ETS is not yet known. The ETS can remain in place for up to six months, after which it must be replaced by a permanent OSHA standard, which must undergo a formal rulemaking process subject to a notice and comment period.

Adoption of the ETS by State Plans must be completed within 30 days of the promulgation date of the final Federal rule, and State Plans must notify Federal OSHA of the action they will take within 15 days. The State Plan standard must remain in effect for the duration of the Federal ETS.

9. What should counties as employers be doing in anticipation of these regulations?

The impending regulations will not supersede existing workplace and employer safety regulations being employed by the state or your county in regard to counties who have already taken action to protect residents through testing and vaccine requirements. Click here to view COVID-19 vaccine and testing requirements currently in place by federal, state and county governments as well as national private employers.