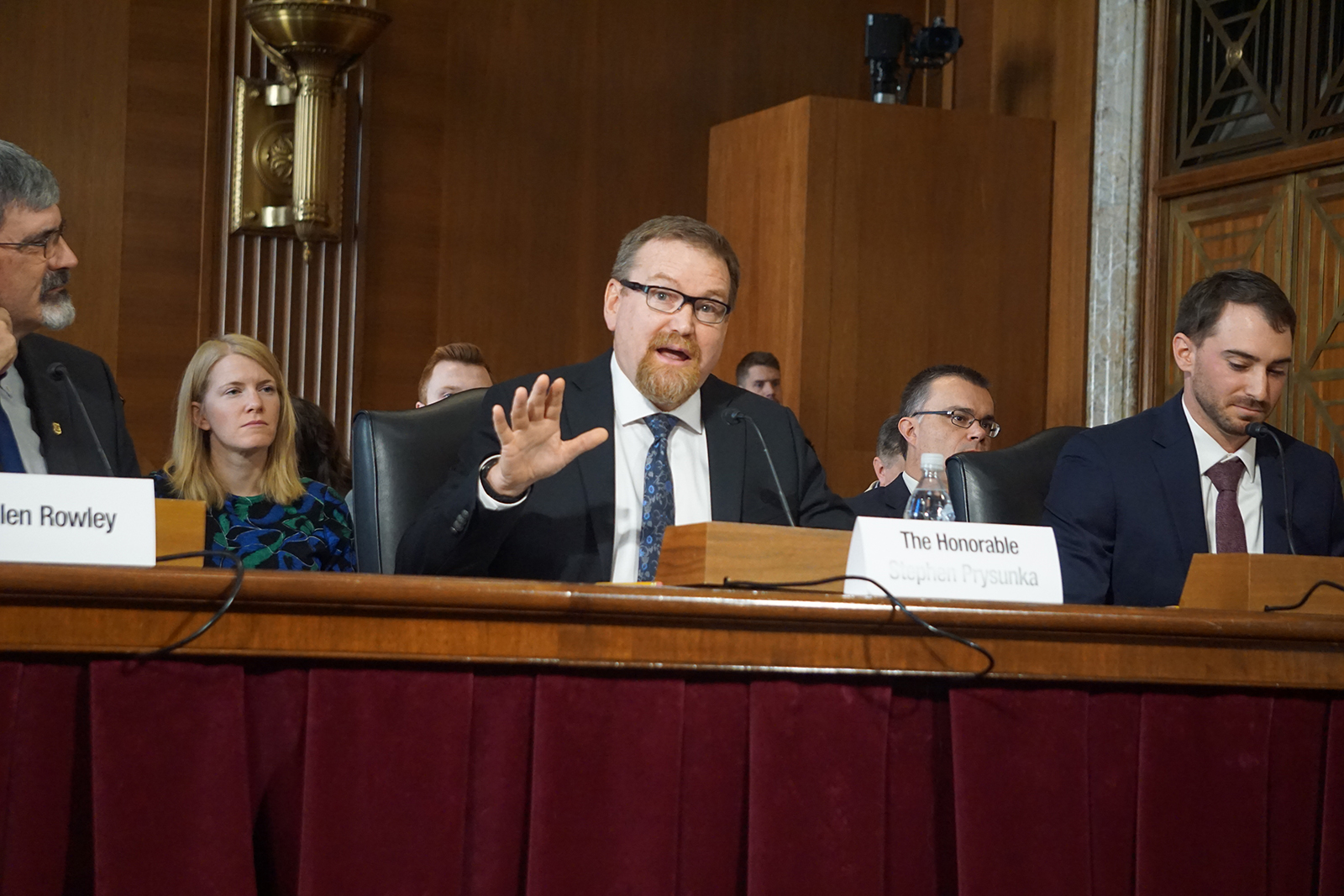 In order to filter by the "in queue" property, you need to add the Entityqueue: Queue relationship.
Wrangell Borough, Alaska Mayor makes the case for critical county payment programs

On November 21, the U.S. Senate Committee on Energy and Natural Resources held a hearing to discuss Payments In-Lieu of Taxes (PILT) and Secure Rural Schools (SRS). Mayor Stephen Prysunka from the City and Borough of Wrangell, Alaska served as a witness on behalf of NACo, testifying to the impact payments to public lands counties have on his community’s ability to provide services to residents and visitors. Mayor Prysunka made the case for long-term, mandatory funding for PILT and the importance of reauthorizing SRS until a permanent solution becomes law. Additionally, the Committee considered three NACo supported bills that would positively impact public lands counties:

“PILT directly impacts the quality of life and economic wellbeing of communities,” said Mayor Prysunka. “Losing PILT would result in loss of important and vital services, and the uncertainty of the annual congressional appropriations cycle leaves local governments budgets hanging in the balance. Counties support making fully funding PILT and making it mandatory in the long-term.”

Mayor Prysunka also testified to the impact of SRS on his county’s school district. “Last year, Wrangell received $986,000 in Title I SRS funding, which represents nearly one-sixth of our school district’s annual budget. Losing SRS would be catastrophic to our schools, as timber receipts would only make up 4 percent of our SRS payment.”

Congress is currently negotiating a final spending package for FY 2020. In both the House and Senate versions of the Interior, Environment and Related Agencies Appropriations Act, one year of full, mandatory PILT funding was included. However, there was no funding of SRS in either chamber’s bill.

NACo is circulating a letter addressed to House and Senate leaders from PILT/SRS counties, boroughs and parishes to support full PILT funding and the reauthorization of SRS in final FY 2020 spending package. Your county can sign onto that letter here.

You can view the archived webcast of the hearing here.