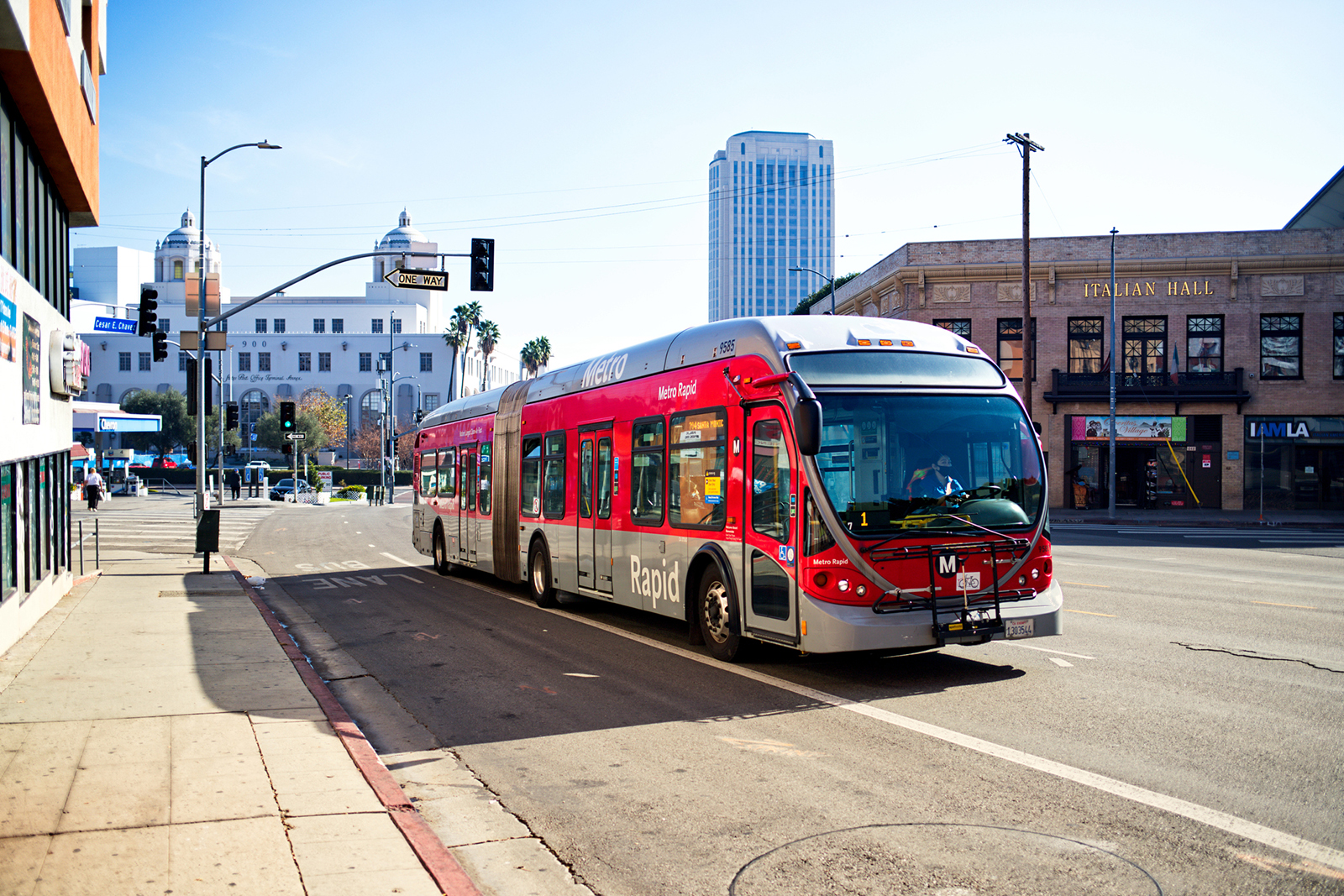 BRT is a high-quality, bus-based transit system that delivers fast and efficient service that may include dedicated lanes, busways, traffic signal priority, off-board fare collection, elevated platforms and enhanced stations. Because BRT contains features similar to a light rail or subway system, it is often considered more reliable, convenient and faster than regular bus services. With the right combination of features, BRT systems can help passengers avoid delays that can slow regular bus services, such as congestion and long queues to pay on board.

Counties play an important role in our nation’s transportation and infrastructure networks, owning 45 percent of public roads and 38 percent of bridges, more than any other public entity, while also directly supporting 78 percent of public transit systems and 34 percent of public airports. Regional and county-supported public transit systems are continuing to provide critical connections for our residents, even in the face of unprecedented drops in ridership and revenue as a result of the COVID-19 pandemic. As the 117th Congress and the administration work toward recovery efforts, counties look forward to continuing to work with our federal partners to maximize investments made in local infrastructure and believe that a strong intergovernmental partnership that emphasizes the county role in transportation and infrastructure will be a key to our nation’s recovery from the global health crisis.