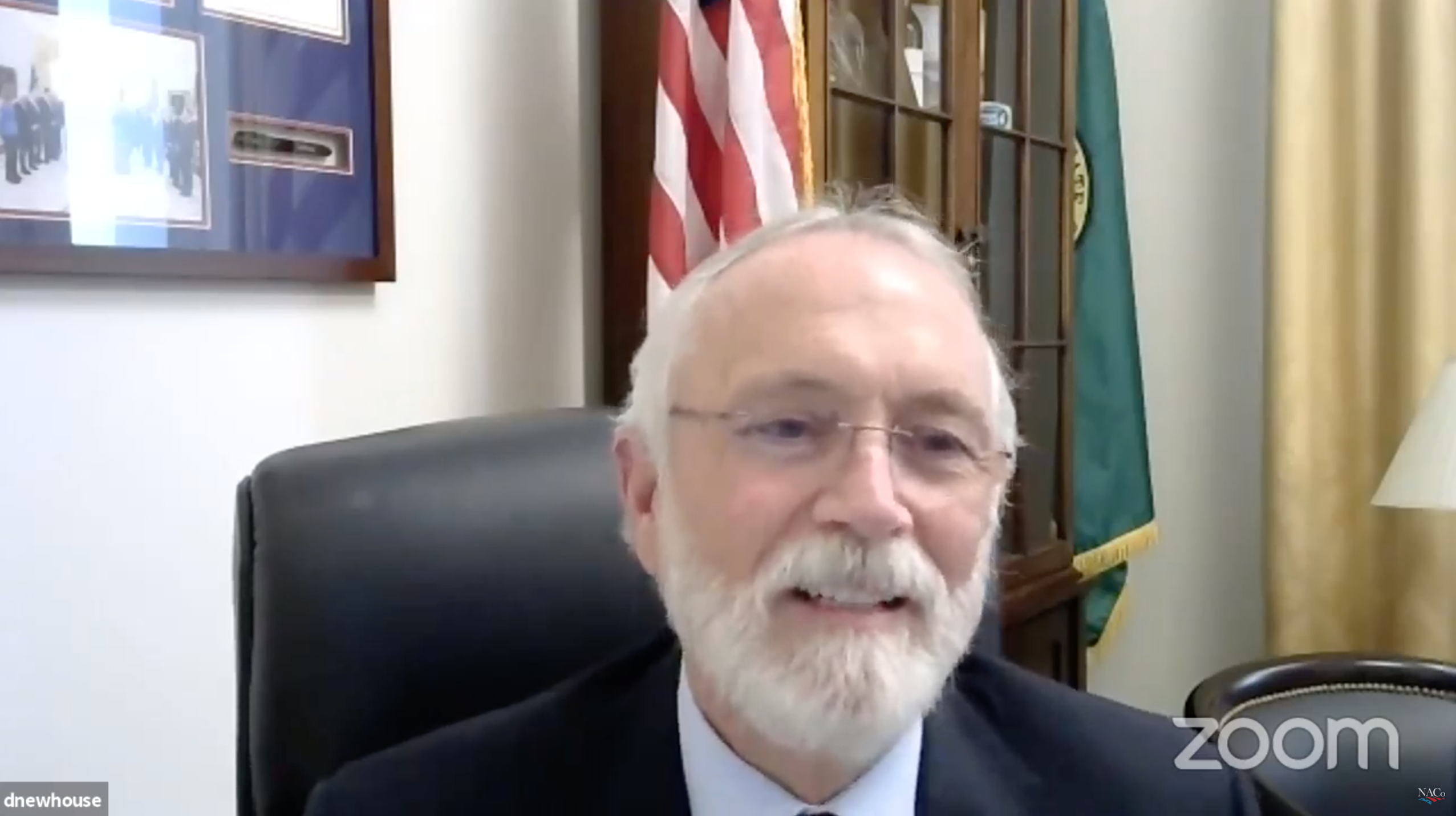 In order to filter by the "in queue" property, you need to add the Entityqueue: Queue relationship.
Western Caucus Chairman Rep. Dan Newhouse to WIR: Educating Biden administration to avoid WOTUS redux is crucial, federal land policy on extraction could have devastating effects on local economies

Rep. Dan Newhouse (R-Wash.) assumed chairmanship of the Congressional Western Caucus at a pivotal point for public lands, and he told NACo’s Western Interstate Region March 10 that he’s going to be amplifying a lot of voices.

The Biden administration began with a series of executive orders aimed at extraction and energy production on federal lands, particularly a moratorium on oil and gas leasing.

“While the administration and several nominees downplay the breadth of these orders and call them ‘temporary pauses,’ we’ve heard from a lot of industry folks that tell us that these have huge, huge long-term impacts,” he said. “We know the intent, and that is to harm these industries, but what we have also come to hear is the harm it’s placing on our rural communities throughout the West, the people.”

He also pledged to be vocal about any pivot toward widening the jurisdiction of the Waters of the United States (WOTUS) rule of the Clean Water Act, which the Trump administration narrowed.

“We’re hearing concerns that the Biden administration is going to rewrite the rule again and go back into the direction of WOTUS,” Newhouse said. “I believe this is unacceptable and it’s going to be a key focus of the Western Caucus to help educate this administration why the navigable waters rule was both good for farmers and communities and good for the environment as well.”

Kate Kelly is also settling into a new role, as deputy chief of staff for policy at the U.S. Department of the Interior. She focused on the two pillars of the Biden administration’s “four intersecting crises” — COVID-19, the economy, equity and climate change — which have the greatest intersection with the Interior Department.

“That means ensuring that we are honoring tribal nations and doing meaningful tribal consultation as we go about our work,” she said of the department’s intention to focus on equity.

“We’re tackling this existential threat, which many of you and your counties are experiencing in real time, whether that’s from deadly storms, costly storms, more frequent wildfires, record-breaking droughts…these are real things that have costs right now that we need to address,” she said.

She outlined executive orders that applied to the Interior Department, primarily a report due to the president outlining a Civilian Climate Corps, which would put tens of thousands of young people to work restoring public lands and waters and tackling climate change.

“What can we do in the federal government to ensure that we are engaging a diverse community to improve our communities and their communities?” she asked.

She also sees hope for job growth hiring people to reclaim abandoned mines and “orphan oil wells,” both of which continue to contaminate land and drinking water.

“Across the country, where there’s this legacy of pollution, there’s a real opportunity to put people to work and restore our lands and waters,” she said. “We’ll need a partnership [from] Congress to get it to a scale we’ll need it to [be].”

She also elaborated on Biden’s goal to preserve 30 percent of U.S. land and ocean by 2030.

“It’s recognition that conservation status quo is not enough; we continue to

lose our natural areas at an astonishing rate,” she said. “We need to think bigger and better about how we approach conservation and with all the tools at our disposal.

“That includes ensuring that private land owners have the resources they need to keep working lands working, it means working with tribes to fulfil a conservation vision of their choosing,” she said, and “it means working with state and local governments to understand their priorities to see if we can knit together a connected landscape that benefits wildlife and people.”