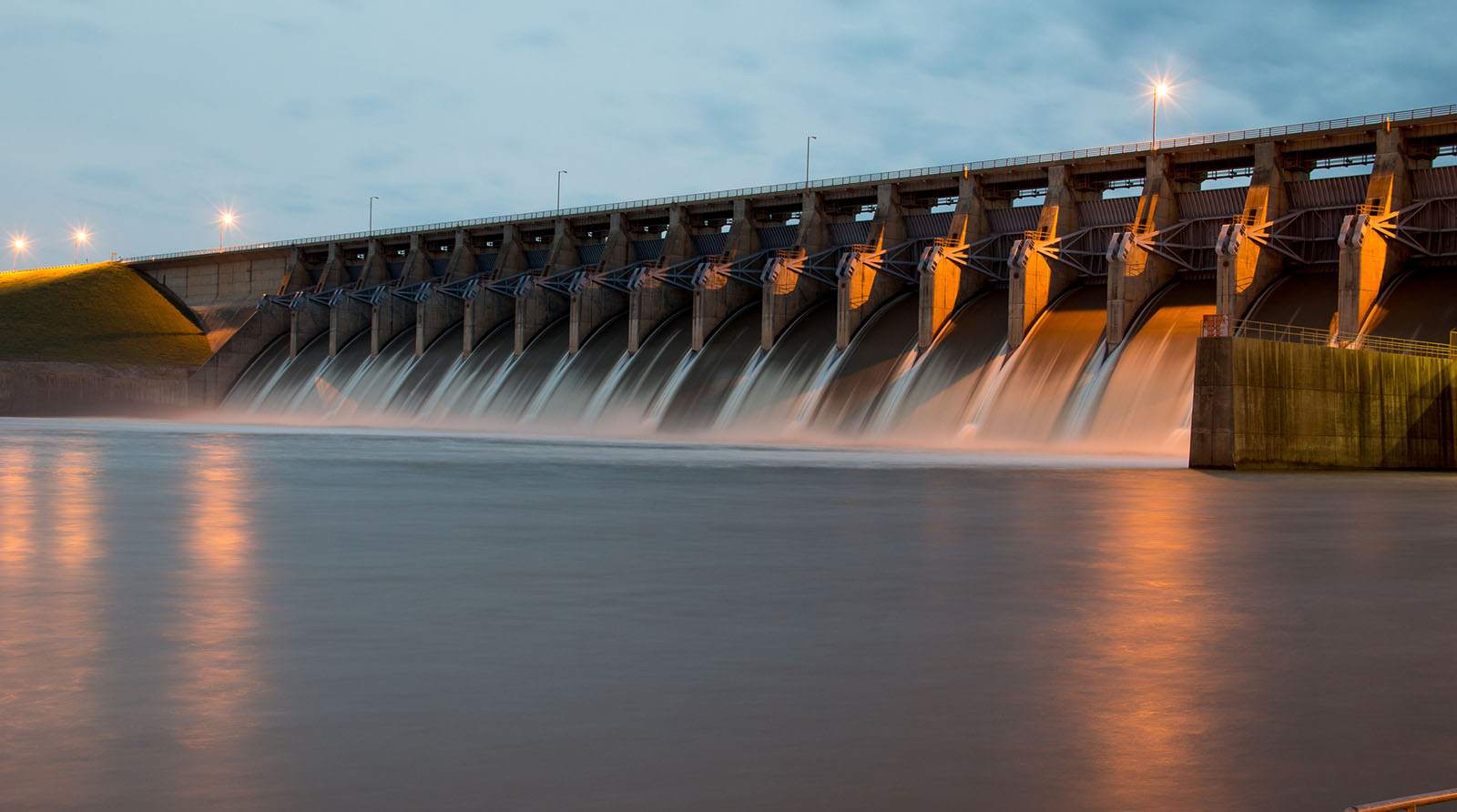 The Keystone Dam in Oklahoma with all the gates open.

In order to filter by the "in queue" property, you need to add the Entityqueue: Queue relationship.
An authorization of the Water Resources Development Act is ready for the president's signature

The U.S. Senate passed a comprehensive water infrastructure package Oct. 10 to authorize the Water Resources Development Act (WRDA) by a vote of 99-1. The NACo-supported, bipartisan legislation now heads to the president’s desk for his signature. This is the third WRDA bill passed in the past six years, moving WRDA back to a two-year authorization cycle.

The bill, America’s Water Infrastructure Act of 2018 (S. 3021), was pieced together from a previously passed House WRDA package (H.R. 8) and a Senate WRDA bill (S. 2800). S. 2800 was unable to move independently through the Senate due to a hold by Sen. Richard Burr (R-N.C.) on an unrelated issue — reauthorization of the Land and Water Conservation Fund, which expired at the end of September. As a workaround, committee staff on both sides of the aisle negotiated a new bipartisan bill which was passed by the U.S. House of Representatives last month.

NACo’s letter of support for WRDA 2018

The compromise version would authorize a wide variety of water resource projects and policies administered by the U.S. Army Corps of Engineers (Army Corps) for navigation, flood control, hydropower, recreation, ports, harbors, inland waterways, water supply and emergency management. As major owners and operators of much of this infrastructure, counties are directly impacted by the policies and projects authorized in WRDA.

Most notably for counties, the WRDA legislation includes numerous provisions that would require the Army Corps to consult with impacted stakeholders, including local governments. The bill would also authorize $6.1 billion for 12 Army Corps projects and 65 feasibility studies for potential projects. It also includes $4.4 billion for the U.S. Environmental Protection Agency’s (EPA) Drinking Water State Revolving Fund program, which provides funds to states and utilities to improve drinking water infrastructure.

Absent from the legislation are provisions addressing the Harbor Maintenance Trust Fund (HMTF) and EPA’s Integrated Planning (IP) Framework, which NACo had advocated. HMTF is a tax levied against importers and domestic shippers using ports and harbors in coastal and Great Lakes areas. Even though the HMTF has a large surplus, only a portion of its total is appropriated by Congress every year for operations and maintenance in the nation’s harbors. The IP Framework, on the other hand, was designed to help communities struggling to comply with tighter Clean Water Act (CWA) requirements. IP would help communities prioritize CWA investments, while meeting CWA mandates and environmental goals.  Congressional leaders have indicated a willingness to continue to work on HMTF and IP moving forward, separate from the WRDA 2018 bill.

WRDA legislation is historically passed every two years. However, in recent years, Congress has only been able to enact three WRDA bills: in 2007, 2014 and 2016. WRDA currently has a backlog of nearly $100 billion worth of projects that have been authorized but have not yet received appropriations. The current WRDA legislation would be added to the list of projects awaiting congressional appropriations. NACo is encouraged by congressional efforts to move WRDA back to a two-year authorization cycle.