Vaccination efforts focus on the incarcerated 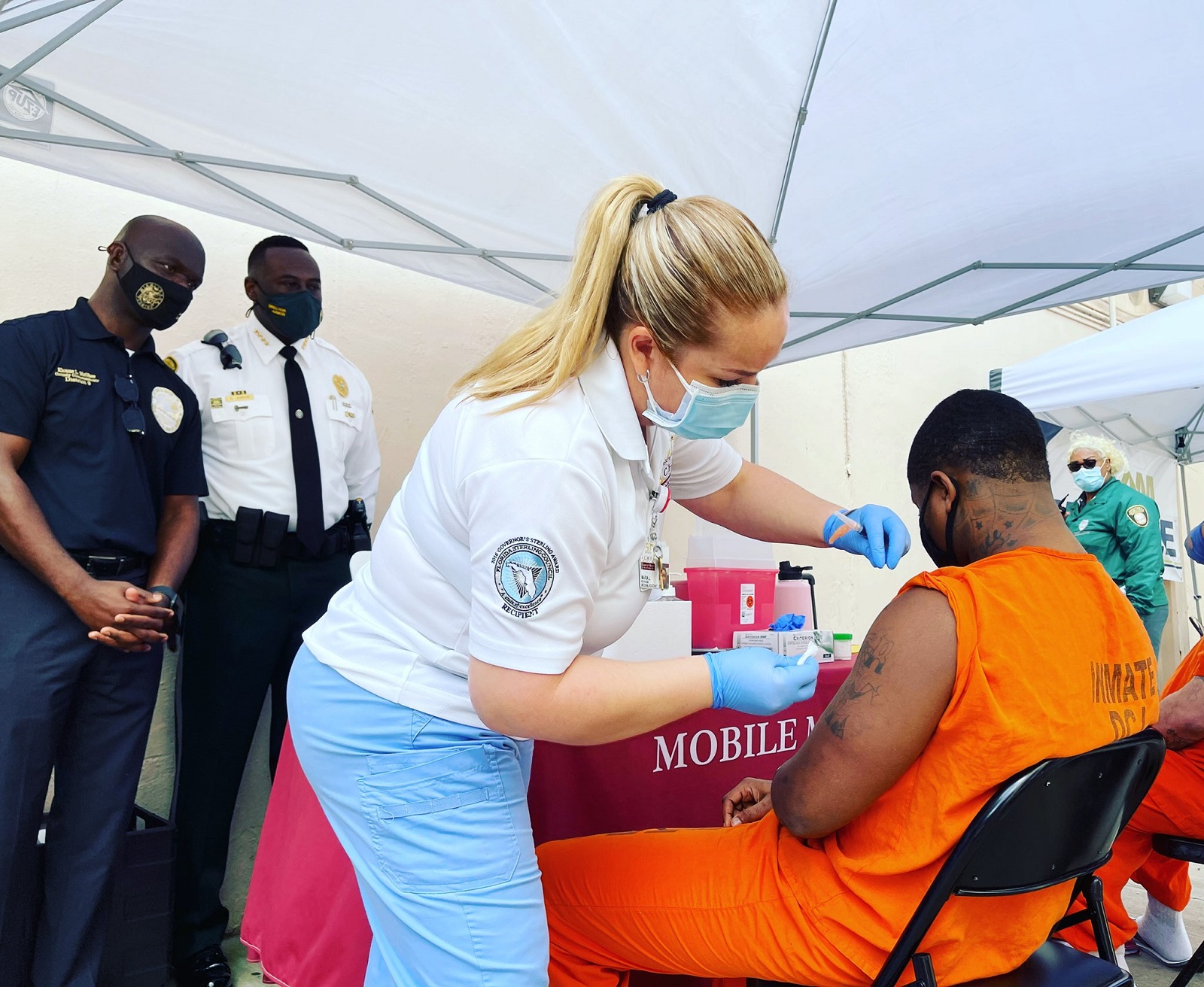 As the COVID-19 vaccine distribution rollout continues and more than 212 million doses have been administered throughout the country, counties are making sure populations within detention centers and correctional facilities have the option to receive a dose.

The Centers for Disease Control and Prevention (CDC) is working with the Federal Bureau of Prisons to develop vaccination implementation plans.

While the CDC encourages jurisdictions to vaccinate staff and incarcerated persons at the same time because of the shared increased risk of disease, the CDC does not determine plans for allocating, distributing or administering vaccines at state and local detention centers, according to its website.

In Miami-Dade County, Fla., Commissioner Kionne McGhee led the effort with Commissioner Keon Hardemon to vaccinate some of the eligible detained population at the Miami-Dade Pre-Trial Detention Center.

Through a partnership with Community Health of South Florida, a federally qualified community health agency in the county, detained individuals received the one-shot Johnson & Johnson vaccine before it was paused.

McGhee said the goal and mission of the vaccination effort for detained residents was to give assistance for those in need and protect the rights of those held within the detention facility. He said prior to these efforts, there were no processes in place to address vaccinating this population.

In Florida’s vaccine plan, corrections staff and inmates are not specifically mentioned in the phased vaccination strategy.

“It’s important to remember that individuals, especially those who are in jail, they are detained residents… many of them have not been found guilty yet,” McGhee said. “To presume that they’re guilty and use that as a reason to not give them the same access to the vaccination, I think it’s un-American and I think it goes against the spirit of the American cloth.”

David Mahoney, sheriff of Dane County, Wis. and the current National Sheriff’s Association president, emphasized how jails across the country house individuals who are most in need of healthcare and are often suffering from alcohol, drug addiction and mental illness.

In the Dane County Jail, there are normally around 1,000 inmates, according to Mahoney. Since the pandemic, he said sheriffs have worked with partners in the criminal justice system to keep populations down, knowing that jails face obstacles providing adequate social distancing.

“It’s virtually impossible to social distance individuals within the jail and that’s not only the inmate population, but our employee population as well,” he said.

Now, the county jail has a daily population closer to 400 or 500, which Mahoney said has allowed for jail staff to spread the population out within the facility.

Even with these efforts, over 100 individuals have tested positive for COVID-19 as well as 52 staff members.

In phase 1B of the vaccine rollout in Wisconsin, correctional staff became eligible for the vaccine. Mahoney said at this phase, the county did not have authorization or a priority for inmate populations.

In phase 3, he said the county received vaccination approval from the state for incarcerated populations and began administering vaccines. As of April 14, Mahoney said 87 incarcerated individuals received the Johnson & Johnson vaccine before it was paused.

“The reason we chose Johnson & Johnson is it’s a one-shot regimen,” he said. “We realized that with Moderna or Pfizer with a two-shot cycle, we may have a lot of difficulty with inmates who may have been released from jail between the first and second vaccine.”

Mahoney said because of incarcerated individuals’ lack of proper healthcare and the challenges of the housing situation within detention facilities, inmates should have been prioritized in the second phase of the vaccine rollout.

“The advantage to it is that it provides vaccine for deadly disease to a population that for the most part is lacking in healthcare who can take advantage of this vaccine and remain healthy,” Mahoney said.

He added that the hundreds of exposures were likely caused by prison staff who were coming and going from the facilities and felt staff should have been prioritized in the 1A phase of the rollout.

Individuals at the Dane County Jail have the option to receive a vaccine and while vaccinations are on hold because of the pause on the Johnson & Johnson vaccine, more inmates want to receive a dose.

“I think it’s important that we make an offering so that we’re not further exposing them to in this case a disease that could actually cost them their life,” he said.