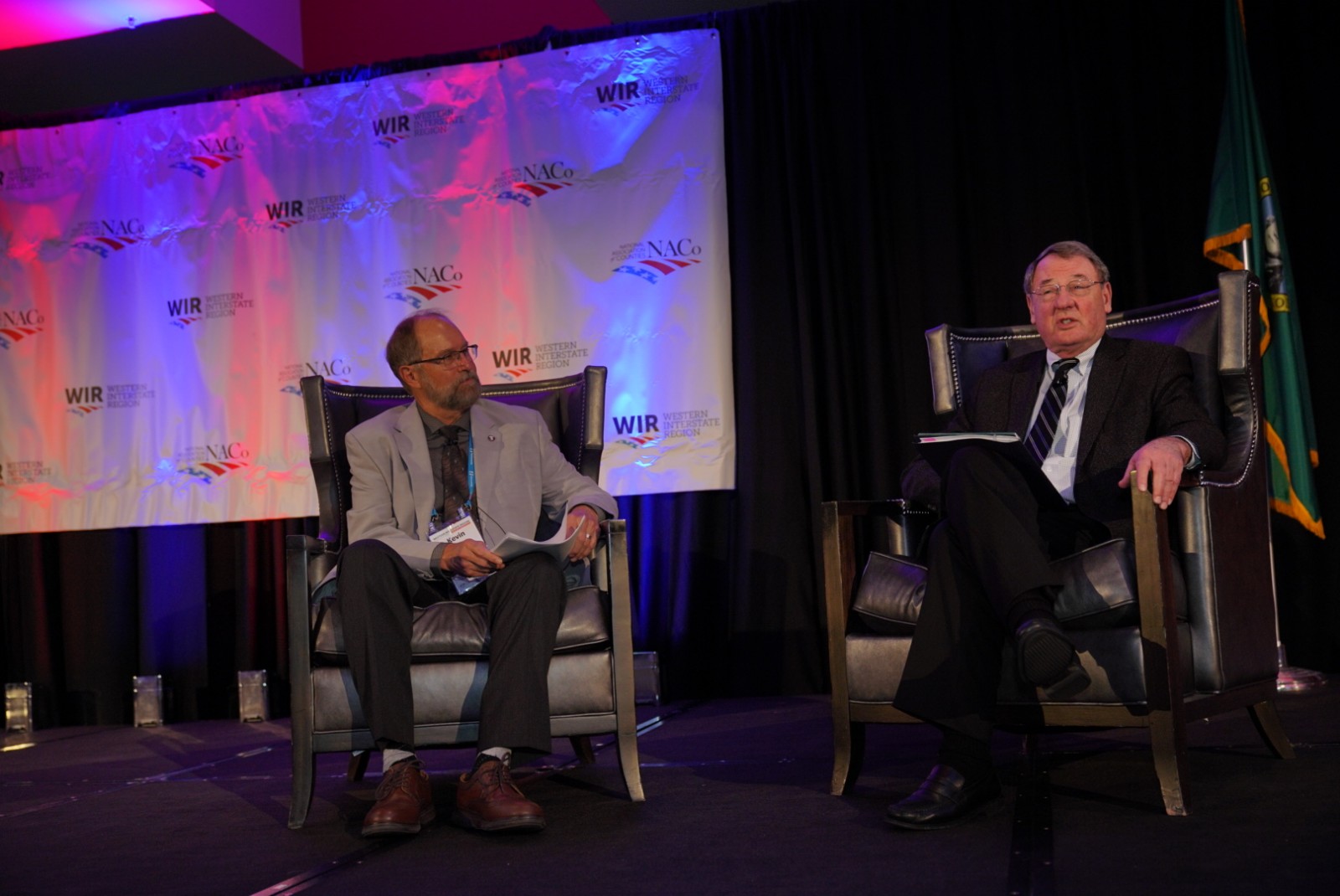 In order to filter by the "in queue" property, you need to add the Entityqueue: Queue relationship.
USDA undersecretary pitches collaborative vision for active forest management to NACo WIR crowd

Wildfires, both paying to fight them and attempting to prevent them, were on the mind of James Hubbard, undersecretary for natural resources and environment at the U.S. Department of Agriculture, when he addressed the Opening General Session.

Doing nothing was not an option for improving outcomes that have seen fire damages and suppression costs rise in recent years.

“This isn’t going away, this is going to be with us for a while.”

The costs of fire suppression, Hubbard said, are determined by the decisions made early on, reinforcing the need for planning before fire season.

“Catch it as quick as you can, as soon as you can,” he said, “If there’s any hesitation in the response, in these conditions, you’re going to have a big fire.”

That means working with the U.S. Forest Service, something that has been made easier by the advent of Shared Stewardship and Good Neighbor Authority, both tools for active forest management.

“We’ve learned in the West that without collaboration, the work doesn’t get done,” he said.

A few days after the fire fix passed in the 2018 omnibus bill, Congress wanted USDA’s plan to treat the 8 million acres of national forest at highest risk of wildfire.

It was a static plan for a dynamic problem.

“What we came up with was an approach - Shared Stewardship - those national forests are hosted by states and therefore, there ought to be a sharing of decision space,” Hubbard said. “The Forest Service can come to the table with all of its priorities back it up with all kinds of analysis, back it up with forest plans that have been through processes and that establishes the lay of the land.”

What’s important to Hubbard is making sure the agreements are worth the time put into the,

“They’re mutual priorities,but we’d like to see at some scale. We’ve been doing a lot of projects but they might not be large enough to produce the outcome that we’re after to make that kind of different on.”

Good Neighbor Authority allows the Forest Service to work with state forestry agencies, and the 2018 Farm Bill expanded it to include agreements with counties and tribes. So far, that has resulted in more than 200 agreements with 37 states, and the Farm Bill included an incentive program that allows participating government bodies to reinvest timber receipts.

“That helps people become more interested in getting these agreements done. You can get the work done you can get some revenue that helps you get more work done.”

Fixing remaining glitches in Good Neighbor Authority, though, is going to be harder given how much attention it has attracted.

“What we are finding is now that Good Neighbor Authority has this much attention, more people will want to look at what you’re doing, and with more people are the table, changing it won’t be as simple as it once was.”

“His focus is clearly more active management on the national forests, he’s not going to loosen that focus,” he said.