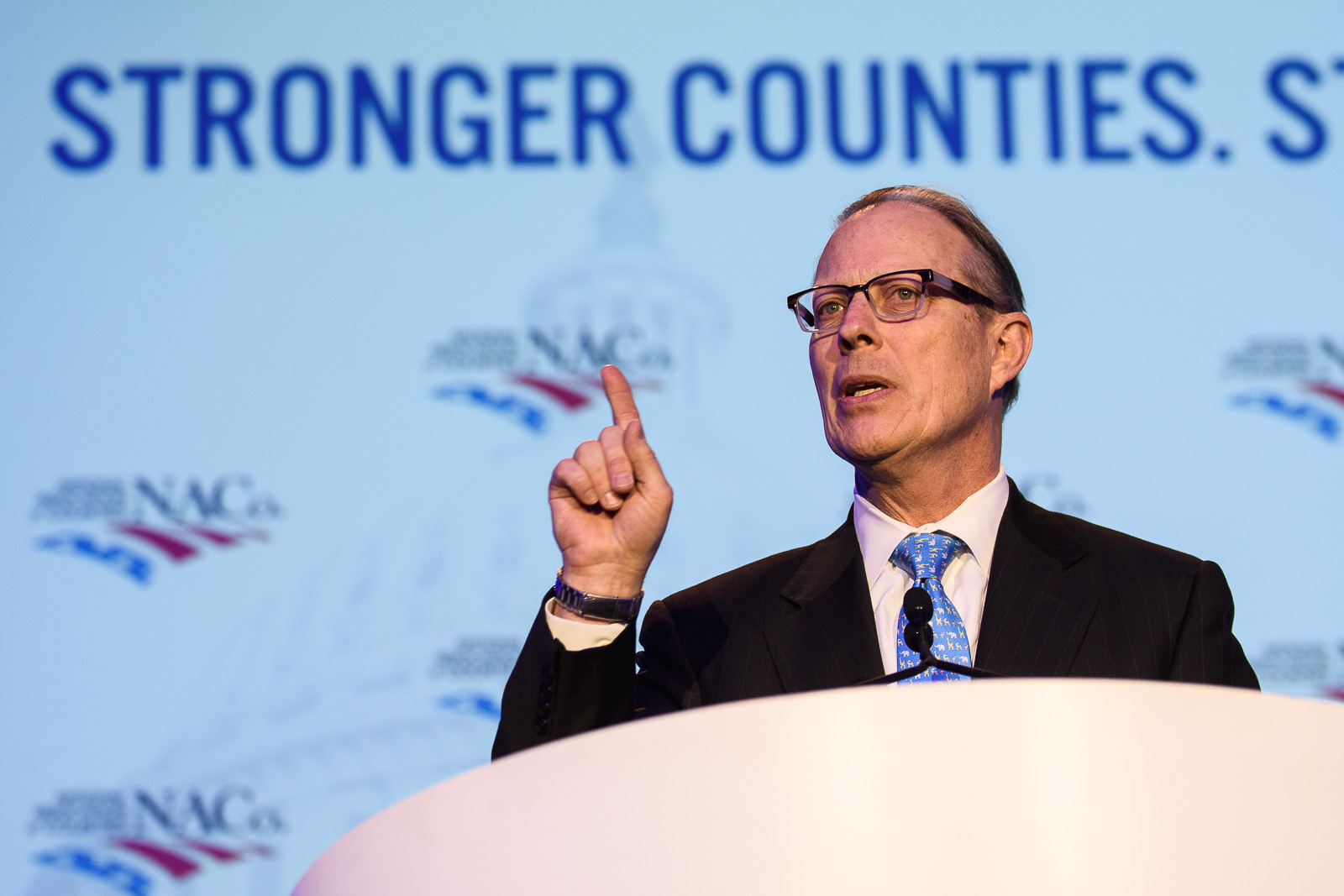 In order to filter by the "in queue" property, you need to add the Entityqueue: Queue relationship.
A NACo, National Sheriffs Association Task Force will tackle Medicaid exclusion.

NACo is teaming up with the National Sheriffs’ Association (NSA) to try to put a stop to a practice that leads to more problems — people who lose their Medicaid benefits when they’re locked up in jail, NACo President Greg Cox announced Monday.

Cox said that NACo is teaming up with the National Sheriffs’ Association to form a task force to tackle the problem.

Medicaid benefits are stripped from people “on admission to jail, not upon conviction, terminating federal benefits from those who are presumed innocent — it is a violation of their constitutional rights,” said Cox, a San Diego County supervisor, at Monday’s General Session at the NACo Legislative Conference. He introduced NSA Executive Director Jonathan Thompson to the crowd.

“We have a crisis before us,” Thompson told the audience. “Every day in this country, more than 300,000 individuals are in our jails for one reason — because they are mentally ill.”

Thompson said asking sheriffs, county officials and other local government officials and employees to “carry this burden” is “unconscionable.”

“This is our humanitarian obligation — we must treat these people with dignity,” he noted. “[We] must stop putting them in jails and put them where they belong,” he said to applause.

Thompson urged the audience to talk to members of Congress on Tuesday when they visit Capitol Hill. “Share those personal stories,” he said. “Tell them about the 17-year old who woke up one day with schizophrenia and couldn’t control his rage. Tell them about the 35-year old with PTSD who did nothing more than decide it was so hot out, he had to take his clothes off to stay cool.”

“We cannot do this anymore,” he said. “The most civilized nation in the world is locking people up … because they’re mentally ill or addicted to a drug.”

“Ladies and gentlemen together we can fix this crisis,” Thompson said.

The task force, made up of NACo and NSA members representing county leaders, law enforcement, judges, prosecutors, public defenders, behavioral health and veterans’ services, will explore the impacts of the national mental and behavioral health crisis and the Medicaid Inmate Exclusion Policy, which strips federal health and veterans’ benefits from individuals upon admission to jail – not upon conviction to conviction – leading to increased recidivism.

Members of the task force are: