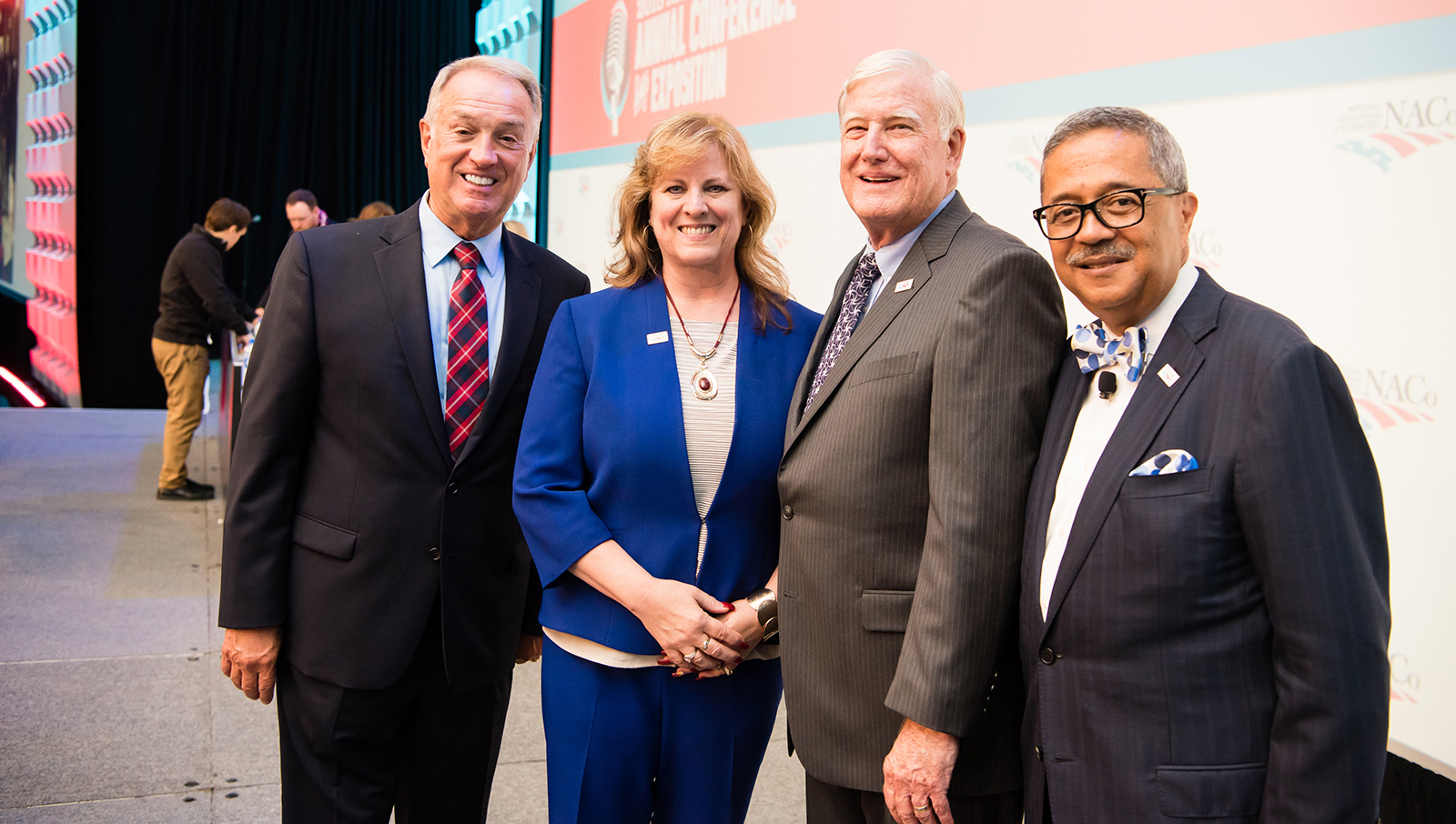 In order to filter by the "in queue" property, you need to add the Entityqueue: Queue relationship.
San Diego County Supervisor Greg Cox becomes president at NACo's Annual Conference in Davidson County/Nashville, attended by more than 3000

In the only contested race, Moore bested three opponents, winning in the third and final round by a margin of 31 votes out of 2,561 cast.

In his inaugural speech, Cox said, “I have seen firsthand the ability of county governments to transform lives and communities. When America’s 3,069 counties, parishes and boroughs are united at the national level, we can be an immense force for good. I am honored to lead NACo in this noble effort.”

His effort will focus on using technology, data and public-private partnerships to connect people to services.

“This initiative will explore the many ways counties link residents to services. It builds on NACo’s previous effort led by the Honorable Roy Charles Brooks, in Serving the Underserved, by continuing to inform and illustrate how counties help our most vulnerable citizens forge pathways to live well and thrive.

“Over the course of the next year, NACo will demonstrate how counties deliver “people-centered” services, maximize government efficiency and ensure responsible stewardship of taxpayer dollars,” he said.

The six-term San Diego County supervisor began his public service on the Chula Vista City, Calif. Council, where he also served as mayor before running for county supervisor.

At the Business Meeting, NACo members also adopted just over 100 new policy resolutions as well as 20 changes to the County Platform, the association’s formal compilation of policy positions.

In other NACo business, the Board of Directors approved a new member program — the NACo High Performance Leadership Academy — that will provide an integrated, online 12-week development program in high-level skill development for county staff subsidized by NACo.

The conference also set the stage for celebrating the 50th anniversary of County News, marked by a special drink at the Opening Reception, the Byline Blast; video congratulations from NACo members; and an interactive County News kiosk, where attendees could search newly-uploaded digitized archives of NACo’s official publication of record.

General sessions featured an inspirational talk from former NFL star running back Eddie George about coming to terms with the end of his football career, an equally inspirational address from children’s rights advocate and rock star, Marian Wright Edelman and an entertaining panel discussion from three Nashville singer/song writers who had composed hits for some of the town’s most well-known County/Western stars.

Award presentations are standard events at every NACo Annual Conference. Award winners are feted at the annual Awards Luncheon, which spotlights the 20 Best of Category Achievement Award winners.

The Americans for the Arts presented the Public Leadership in the Arts Award to Hillsborough County, Fla. and NACo’s Arts and Culture Commission honored  the Davidson County, Tenn. Juvenile Court with its Local Arts Advocacy Award.

The NACo Presidential Scholarship awards went to Michael Matthews, Jr. and Mercedez Saldana from Tarrant County, Texas. The Davenport Financial Group and the Linebarger Attorneys at Law sponsor the scholarships, which are awarded annually to college-bound students in the home county of the outgoing NACo president.