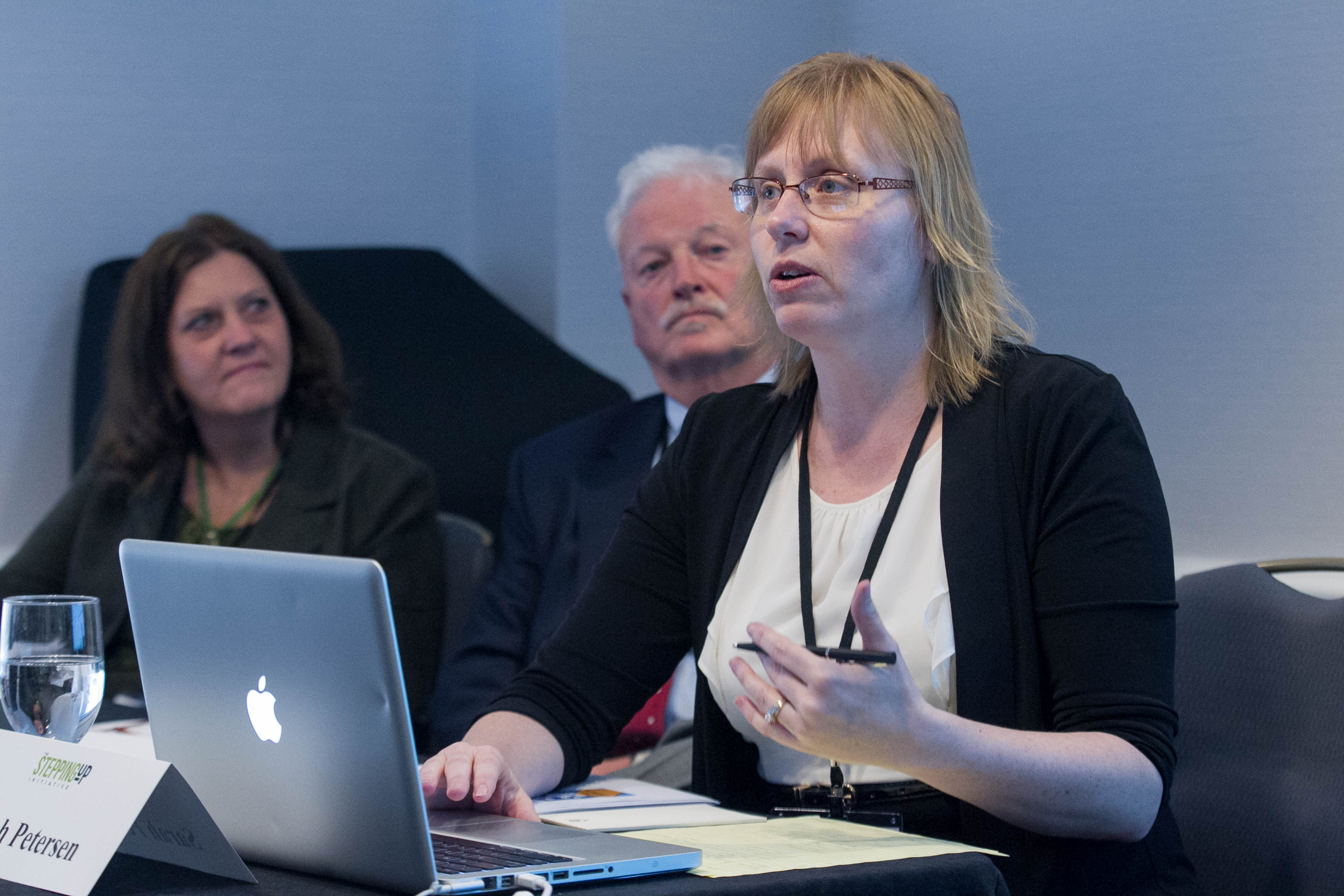 Rural counties not left out of Stepping Up

Just because rural counties lack the population and density of their urban counterparts to conveniently provide mental health support services doesn’t mean they can’t address the needs of offenders. But they have to get creative.

In fact, according to Patrick Fleming, in some ways rural counties have an edge because less bureaucracy means they can get things done faster, it’s easier to know all of the players and elected officials tend to stay in office longer, allowing for more continuous support for policies promoting mental health services. Fleming is the retired director of behavioral health services for Salt Lake County, Utah and also worked in two rural Michigan counties.

Where rural counties have to start on the programming side, he said, is to introduce pre-trial services on the front end.

“You’ve got to decide who needs to be in the jail,” he said. “We can be spending $75 a day to house someone who just needs to pay a fine.

“This is not about taking money away from the sheriff,” he said. “It’s a question of how do we start to work as a county system together.”

Fleming stressed that buy-in from elected officials was crucial to supporting the work of county staff, such as Codington County, S.D. Welfare Director Sarah Petersen. The pair spoke in a breakout session “Stepping Up in Rural Communities: Challenges and Opportunities.”

Petersen saw both in Codington County when citizens rejected a bond issue that would have paid for a new jail. She said the limitations of the existing lockup forced the county administration’s embrace of treating mentally ill offenders differently.

“If (the bond issue) hadn’t failed, I don’t think our commissioners would have signed onto Stepping Up,” she said.

Her county’s more than 27,000 residents make it the sixth most populous county in a largely rural state, which also has the sixth highest population density — 39.5 residents over the 688 square miles.

What she and Codington County cannot do is compare themselves to larger counties like Hennepin County, Minn.

“My strategic plan is one page, not 50,” she said. “It’s two items: reduce needs and leverage resources.”

The answers, she said, involve reaching beyond her own county to a regional level and taking an approach that focuses on momentum.

“You change the wording,” she said. “Instead of saying ‘we can’t do that,’ you figure out what you can do and go from there. A little is better than nothing.”

Fleming suggested finding nearby larger counties with which to partner to provide services that smaller rural counties cannot.

Ron Manderscheid, executive director of the National Association of County Behavioral Health & Developmental Disability Directors, said that most rural counties have not started any programming to divert mentally ill offenders. He suggested starting by identifying community organizations that counties can use as a resource.

Petersen has secured a single hotel room, which can be in high demand during hunting season, at which the county can house an offender in need.

“It wouldn’t make sense to build an entire shelter, but we know we have this room,” she said. “We know that binge drinking is popular in South Dakota; it can be a co-occurring disorder, but if we can get them through 24 hours in a safe room, they can sober up and then address their problems.”

Because the Codington County Sheriff’s Office doesn’t have the staff to spare people for a week of crisis intervention training, they accomplish it in one-day segments.

After considering other social service providers’ operating hours, the jail stopped releasing inmates after 5 p.m., when nobody else can take them in.

And, she stressed, quantifying results so counties have statistics to show state and federal agencies — particularly if, as in South Dakota, the state manages mental health services.

Fleming said support from elected officials is crucial when seeking help outside of rural counties.

“You’ll get your calls answered, your calls returned,” he said. “Get to know your state and where your elected officials can work the pressure points, push a button and get people to respond to you.”

But the staff can do a lot to inform elected officials.

“We take the approach that we don’t ask for something outright, we ask what we should be doing,” Petersen said.

On another panel, one made up of mid-sized and rural jail administrators, Pacific County, Wash. Chief Deputy Patrick Matlock remarked that he had to keep perspective on where mental-health services fit overall.

“It’s my duty and my job to educate the sheriff about what we’re doing and how it’s going to work, but a lot of times it’s just a minor piece of his day,” he said.

Both Fleming and Petersen cautioned against relying on foundation money, Fleming arguing that losing grants after they expire would leave county services in the lurch and Peterson saying limited staff is better spent elsewhere.

Counties starting to tackle the problem should keep in mind that success is incremental and tailor expectations accordingly.

“For someone who is spending 300 nights a year in jail, it’s unrealistic to say he’s going to be able to stay out completely, so maybe the goal is 250 nights in a year,” she said. “That’s a 50-night improvement. Fifty days of success.”