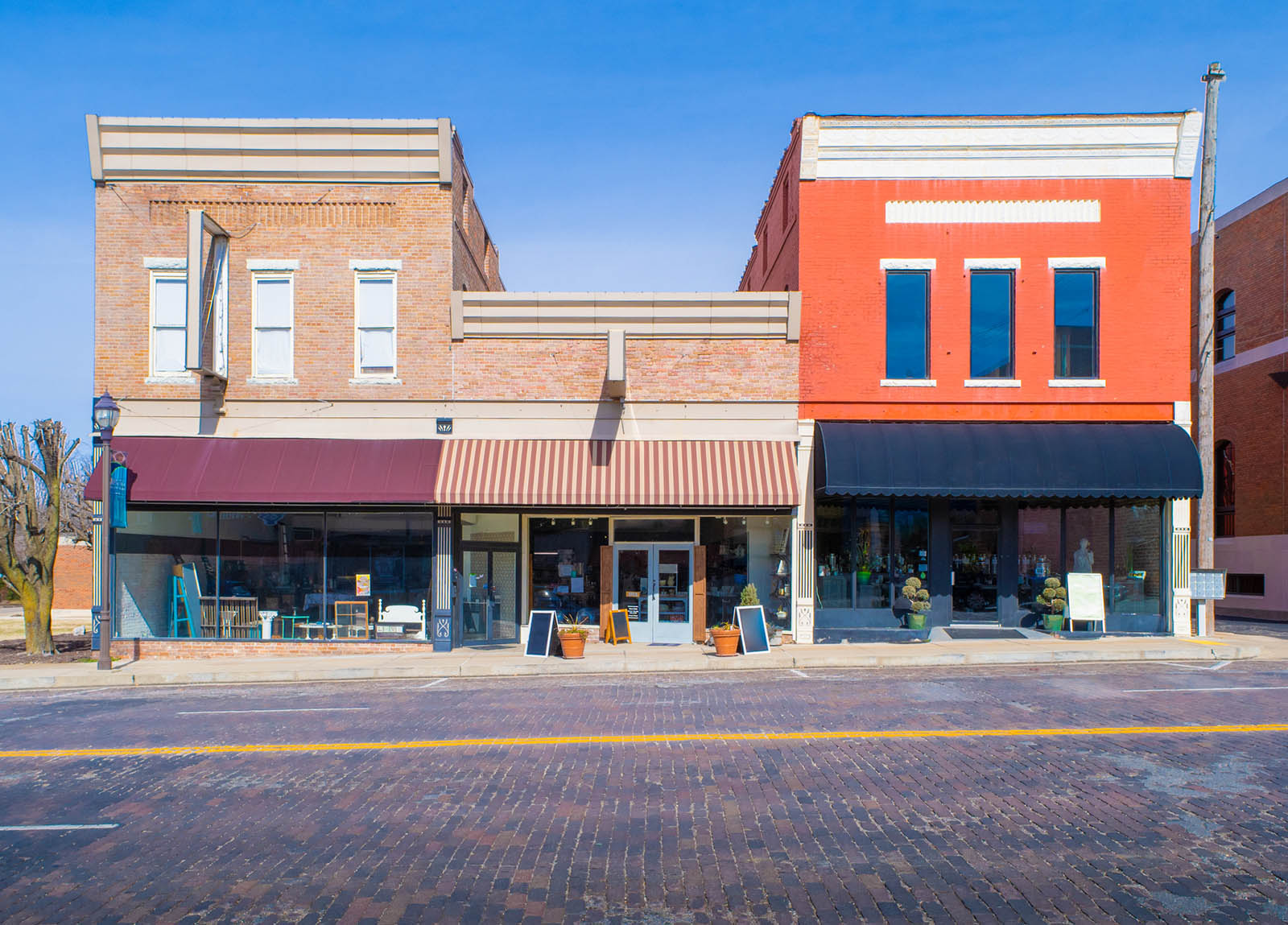 Our national and individual tolerances for serious disruption is limited — perhaps to 100 days. We respond to a plague with lockdowns, quarantines, social distancing and mask-wearing. Yet still, well over 100,000 people have died and well over 1 million people have become infected by a sub microscopic monster.

However, we are also witnessing a second pandemic fracturing the social fabric of the country. We struggle about how to defeat COVID-19 but at the same time we see other plagues moving in on us like hungry carnivores. The unemployment has moved from amazingly and wonderfully low to staggering and higher than it has been in multi-generations of the past.

Economic distress and business disruptions create food distribution lines, and put many more people at risk of homelessness. This second pandemic is fundamentally a loss of patience fueled by loud and increasing calls for “returning to normal” and “reopening America.”

When loss of patience crashes into critical incidents, such as the death of an innocent person at the hands of excessive police action, the result can be — and currently is — explosive. Another casualty of what is going on is a steep rise in worries about fear and insecurity in the future. “America the Optimist” appears as though it is very much in need of counseling and emotional support as it seeks out a path to regain its spirit of joy and passion for life.

In short, we have plagues compounding plagues. All of this ugliness conveniently unfolds second by second courtesy of social media on our 4k TVs, phones and other “smart” devices to which we are already addicted. In the long run, this addiction may prove worse for our future as a species than the current virus.

Any society has underlying vulnerabilities which may not emerge in more comfortable, familiar times. However, when things stop being what we previously considered “normal,” pressures build like a pressure cooker without a steam release valve.

The “Minneapolis event,” broadcast around the world, showed a totally unnecessary and very arguably murderous execution of one of our fellow human beings. Such an event, on a nameless street corner in one city in the middle west of one country, is suddenly a worldwide basis for violent destruction. It becomes an excuse for those who not only are frustrated and enraged by what occurred, but also those who may have a sinister agenda to harm and tear what is our delicate social fabric by lashing out at law enforcement, government, those in authority, the “1 percent” and, thereby ironically, their own personal life situations. They will blame “others” in an effort to find some personal catharsis.

The convergence of all of these forces provides an answer and a challenge when we look at the question of returning to “normal.”

This article offers one perspective on what “normal” means and what it will no longer mean. We will not be returning to “normal” if normal means the way things have been embedded in complacency, inertia and proclaiming how much we care without really acting. Our past version of “normal” has included a reluctance to make changes and to look beyond short-term circumstances to take a strategic view of what our families, our nation and our world need. That version of “normal” will not return unchanged, nor should it.

Pretending that things will blissfully be back to what they once were is a fairy tale. Our next “normal” perhaps is better described as a “new abnormal.”  It will have some important differences. Those changes in the way public administration functions will be the subject of a subsequent HR Doctor article in terms of workplace and governance behaviors.

Sometimes being wealthy and powerful and full of resources and capabilities ironically leads to the worst plague of all. That is excessive pride and arrogance or, more scholarly, the Greek word “hubris.” Hubris means arrogant pride. It blinds to our survival as a family, as an individual and as a nation and world. Arrogant pride leads directly to the harm of innocents, to disintegration of stability and to permanent loss of opportunities.

When we lose “what could have been” it is most likely because we have failed to come together in pursuit of a future of promise and inspiration. It means our leadership has done the opposite of what it should do. It has led us and focused us on negative and on blaming “others” for things which in large part are of our own individual and collective making.

It is most often wrong —Pearl Harbor notwithstanding— to argue that our harm was caused by another country or people of another religion or political party. It is right to speak the truth, speak it often and use it to inspire and rally people toward a positive goal.

Until we figure out how to return to that inspiration in our own individual conduct — to return to being positive role models of caring and service to others — the new abnormal will feature more plagues and more disruptions.

Unrest, insecurity and hubris will have terrible consequences.  Representative governments will evolve into tyrannies. Rules we hold as sacred, such as a Constitution, will be relegated to museum artifact status and “interpreted away” into something far less meaningful.

We may take a lesson from what has changed in our own lifetimes.  America, for over a generation, seems to always be at war, but not ever completely winning, despite overpowering technology and wealth. Our continuing engagement in Iraq and Afghanistan — a generation old — is a case in point. That situation of not knowing how to win strategically or for that matter, knowing what winning really means, is the result of the growing concept in our lives of “asymmetry.”  That is, battles, or competing forces may appear to be “mismatched” in capabilities but with the addition to one side, usually the “weaker side,” of inspiring leadership, instant communications worldwide of individual events, and unexpected tactics, the “stronger” power can be frustrated and eventually overcome or held to a seemingly endless stalemate. An “upstart” guerrilla fighter such as Ho Chi Minh, Fidel Castro, even Hitler, can emerge as the major changemaker in a conflict.

So, beware! “Returning to normal” based on a world of increasing asymmetry will not be pleasant. However, just as public health experts tell us about COVID-19, if we consciously focus on creating policies and actions deliberately designed to “flatten the curve” (i.e., reduce the spread of asymmetry) plagues can be redirected into positive outcomes for us as individuals and for the country and the world.

The curves to be flattened will first and foremost be “disparities.”  The lack of equity in our current healthcare system creates great disproportionality in access to and quality of care for senior citizens, persons who are poor or persons of color. That disparity and most of the others underlying our difficulties is access to education. In turn, that means access to fast Internet connection. So too is how we create a society in which homelessness and hunger are studied by historians rather than something many people deal with. We cannot rely on police as the number one provider of acute mental health care in America or as the number one intervenor in attempting to resolve problems like failures of parenting or domestic violence. We must create better processes than asking law enforcement officers to be our social mothers and fathers while we want to run the other way and blame others. Instead, our “better, more caring selves” need to move toward the problem with creativity and commitment.

Isn’t that what we expect of our best first responders? A final suggestion to flatten the curve of mistrust and societal danger comes from the amazing HR Doctor Daughter, Elyse — a manager in the government of the vibrant City of Portland, Ore. The advice is simple yet profound. It is a strong tool against hubris.  It is to listen to the views of others. The protestors have something important to tell us and teach us. The police officers have messages we should all hear. We can reduce anger and change its course if only we get a vaccine injection of respect for the dignity of life and each other.

We will not be returning to a prior version of normal. If we are not careful and thoughtful about reducing “asymmetry” and in reclaiming compassionate leadership, what will emerge will not likely be what we wanted to see.