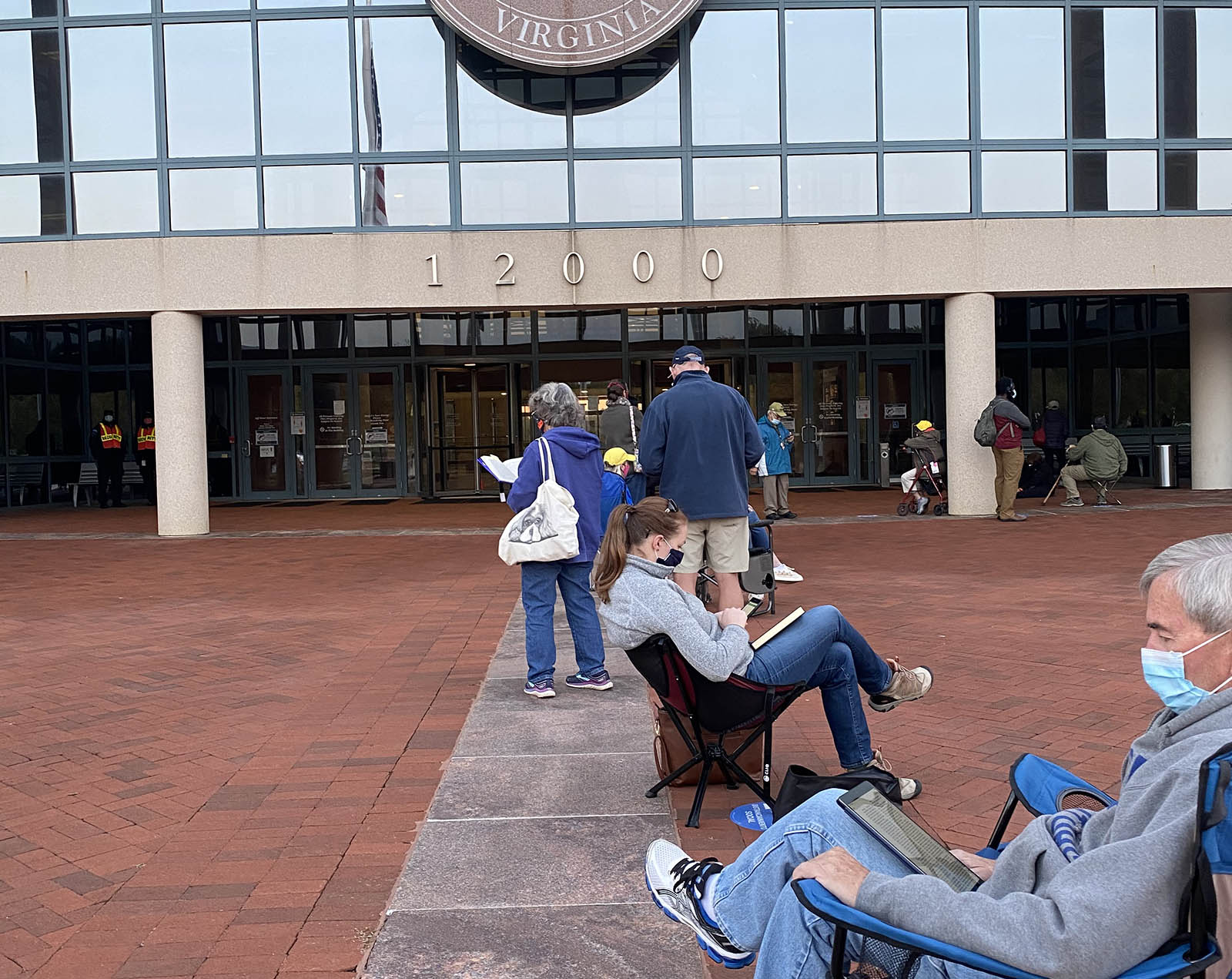 While National Basketball Association teams play in the “Disney bubble” during the COVID-19 pandemic, their empty home arenas will aid in county election offices’ efforts to give voters a spacious place to cast their ballots at a time when safe indoor public spaces are at a premium.

With the efficiency of the U.S. Postal Service in doubt by some, on top of coronavirus concerns, making voting accessible to residents means offering early voting options and opportunities to drop off ballots in person.

“Hopefully it will help us reach a lot more people and make it even more convenient for people to vote,” said Danaë Rivera-Marasco, spokeswoman for the Orange County Supervisor of Elections. “We know that it’s probably a one-time opportunity because in a normal, non-pandemic election season, the Amway Center would normally be booked for Magic home games and concerts and other events that would not allow us to be there for the two weeks that are necessary for early voting sites.”

That agreement resulted from negotiations between the league and the players’ union following a mid-playoff work stoppage following the police shooting of Jacob Blake in Kenosha County, Wis. With many of the league’s arenas opting in across the country, the deal could give counties 29 large, centrally located facilities in heavily populated cities to use for elections.

Additionally, the Live Nation entertainment company announced in September it would explore partnering with local governments to use its more than 100 concert venues as voting centers, along with offering some staff to work the polls.

With postal delays at issue, the Pennsylvania Supreme Court recently extended the deadline for counties to accept mailed ballots, and while it forbade third-party collection of ballots, it allowed for the use of drop boxes.

Allegheny County, however, decided not to leave the decision up to the court and the county’s board of elections approved staffing for additional offices, with four additional options open for eight hours a day, in addition to the board’s central office.

Ohio counties are still waiting to find out if they can deploy more than one ballot box at the county elections office, a position the secretary of state is defending in the courts.

“We’re doing a lot of marketing to push absentee voting and until an order comes down, we’re not making any other plans,” said Steve Harsman, deputy director of the Montgomery County Board of Elections. “We’re in limbo.”

The county’s drop box, first used during the primary, drew 1,000 ballots on the last day.

“With all the concerns with the post office, it added a lot of comfort for voters, especially the last-minute voters,” Hartford said. “There’s a lot of value to the drop boxes.”

With six weeks to go, Montgomery County, Ohio has registered more than 85,000 applications for early ballots, compared to 55,000 in all of the 2016 general election. The county is hoping for 150,000 mail-in voters, which would be more than half of the typical turnout of 272,000.

“That would take a lot of pressure off of our polling places,” Hartford said. “With 30 people in line, with six feet between them, that’s 180 feet. Most polling locations don’t have that kind of space.”

Rivera-Marasco said Orange County was planning its election sites to take measures to defend against COVID-19, but the Amway Center was a major boon to the effort.

“Having such a large, well-known, central facility ensures people will know where they can go,” she said. “It helps put the public’s mind at ease. Maybe the Magic will see the enthusiasm and keep this going in the future.”

Louisville’s KFC Yum! Center will serve as one of Jefferson County, Ky.’s early voting sites, along with three others. Renting out space for large voting centers wasn’t part of the county clerk’s budget, but it’s what spokesman Jordan Kelch said was necessary to follow CDC guidelines around the virus to make voters feel safe.

Kentucky is allowing no-excuse absentee voting for the first time, removing some onerous restrictions for accessing a ballot.

“You could get one if you or your spouse were due for surgery on Election Day, or if you’re in your third trimester of pregnancy or you’re deployed overseas,” Kelch said. “Eligibility requirements are usually pretty strict.”

When those requirements were lifted for the primary, the number of requests skyrocketed. Once, an election drew 1,500 requests. This year, it was 100,000.

“We had to really work to make sure our infrastructure and manpower could meet those challenges,” Kelch said. “[The demand] really changes the game for us. We have to be ready to accommodate not just a 12-hour Election Day, but now it’s a three-week marathon.”

Orange County staffs its early voting sites through a temp agency, but many of its Election Day poll workers are part of the county’s 22-year-old Adopt a Precinct program.

“Instead of us recruiting 10 individual poll workers, we just find an organization and they do the recruitment,” Rivera-Marasco said. “We pay one organization for each polling place, rather than individual workers and that ends up being a fundraiser for a lot of groups.”

She said roughly 100 of the county’s 247 polling places are staffed through the program, which allows organizations that have been successful in the past to take on additional polling places.

“You get groups of young professionals doing it, and we have a fraternity alumni association that handles about nine polling places,” Rivera-Marasco said. “It’s a public service, it takes some of the work off of our hands and that money usually winds up back in the community in the form of scholarships.”

As for Orange County’s other 150 or so polling places? Training and orientation classes are full, with a few hundred people on the waiting list, eager to work for 14 hours on Election Day.