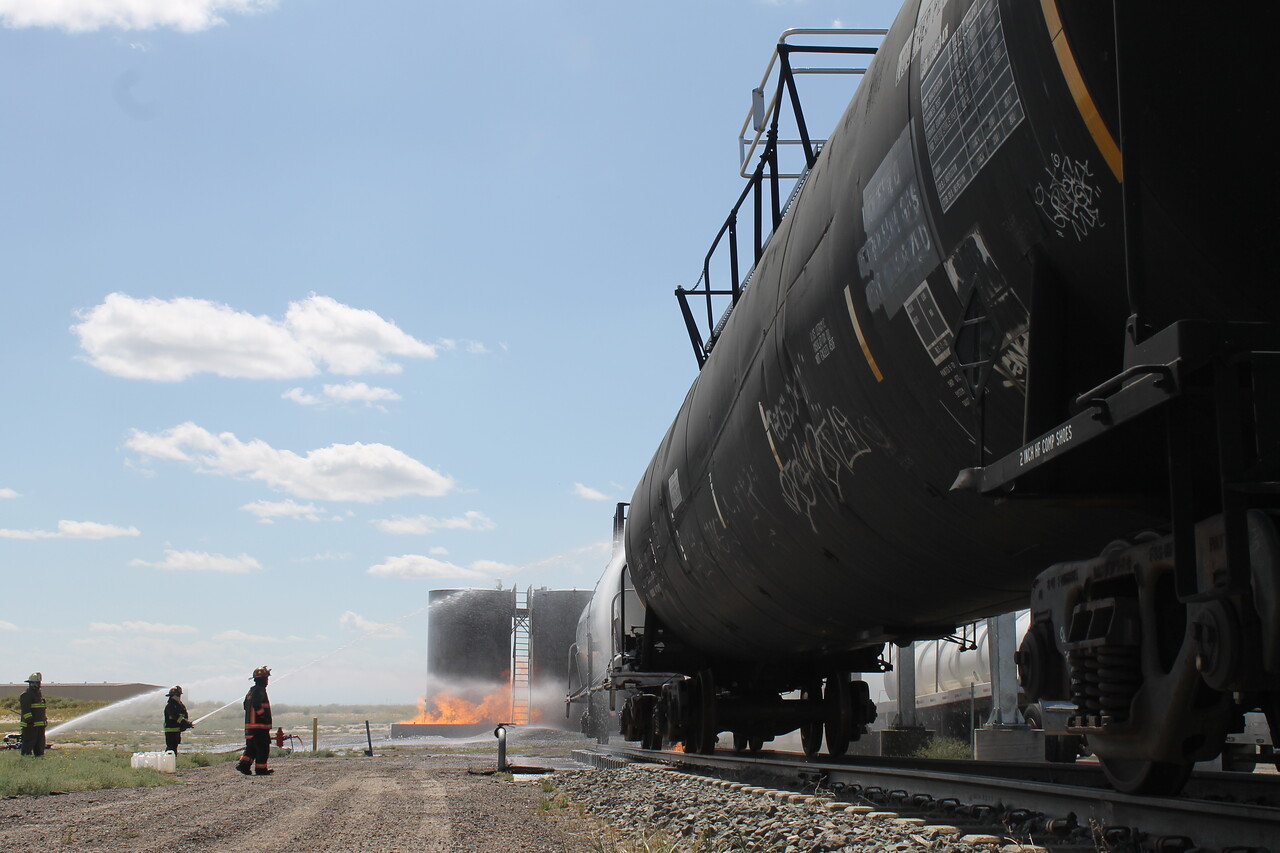 Train traffic keeps counties lively, but road  crossings and derailments can be deadly.

Several members of NACo’s Transportation Steering Committee saw firsthand what the railroad industry is doing to refine safety measures and procedures during a trip in mid-August to the Transportation Technology Center in Pueblo County, Colo.

The facility is funded by the Association of American Railroads and Federal Railroad Administration to conduct research of rails, rail cars, tankers and disaster mitigation equipment and procedures.

“I saw a commitment from the industry to hold up their end of the bargain in terms of safety,” said Randy Maluchnik, a Carver County, Minn. commissioner, chairman of NACo’s Transportation Committee.

“They’re willing to do the research — and this is expensive research,” he noted. “It’s more than just a show or a PR move, this is meaningful work that counties can benefit from.”

The facility conducts testing for all categories of freight and passenger rolling stock, vehicle and track components and safety devices on 48 miles of railroad test tracks in a 52-square mile facility. These tracks are used to develop and research an array of equipment from locomotives to track components to signaling devices. The facility also uses specialized tracks to evaluate vehicle stability, safety, endurance, reliability and ride comfort.

Commissioners saw locomotive and rail testing and got to operate a locomotive. They also witnessed demonstrations on bridge testing, track and wheel health and wayside detectors — in addition to interacting directly with the engineers and rail experts who design, develop and test these technologies.

Transportation Technology Center, Inc. (TTCI) is an example of a public-private partnership that tackles public safety issues. The Federal Railroad Administration contributes roughly a third of its annual research budget toward projects conducted at TTCI.

Committee members observed a training session at the Security and Emergency Response Training Center (SERTC), a first-responder facility operating at TTCI. Founded in 1985 to train railroad officials on handling hazardous materials, SERTC has expanded to include outside groups from the public-sector emergency response community, the chemical industry, government agencies and emergency response contractors from all over the world. SERTC offers realistic training with full-scale props, including cargo tankers, intermodal containers and rail and tank cars. Grants are available to offset the cost for county government personnel to travel to and participate in training.

“Every county in the country that has freight rail traffic could benefit from training here,” Maluchnik said, “even if you do table-top exercises at home, there’s nothing that compares to being there firsthand.”

“The first responders are learning hands-on what to do, whether you drain them, how to drain them before you turn them upright,” Maluchnik said. “They simulate a train wreck, they have pipes to pump in different chemicals to mimic different scenarios you might see in real life.”

SERTC has prepared more than 70,000 safety professionals and other stakeholders worldwide in rail incident training. Many trainings were paid entirely by grant funding from the Department of Homeland Security and the Federal Emergency Management Agency (FEMA). TTCI officials emphasized the often-unnoticed opportunities and resources provided by SERTC, which can help communities be better prepared to respond to hazard material rail incidents.

And it’s not just rail incidents.

“They’re taking tankers and ramming them full speed, but the work they do on rail cars can be adapted to truck tankers, too,” Maluchnik said.