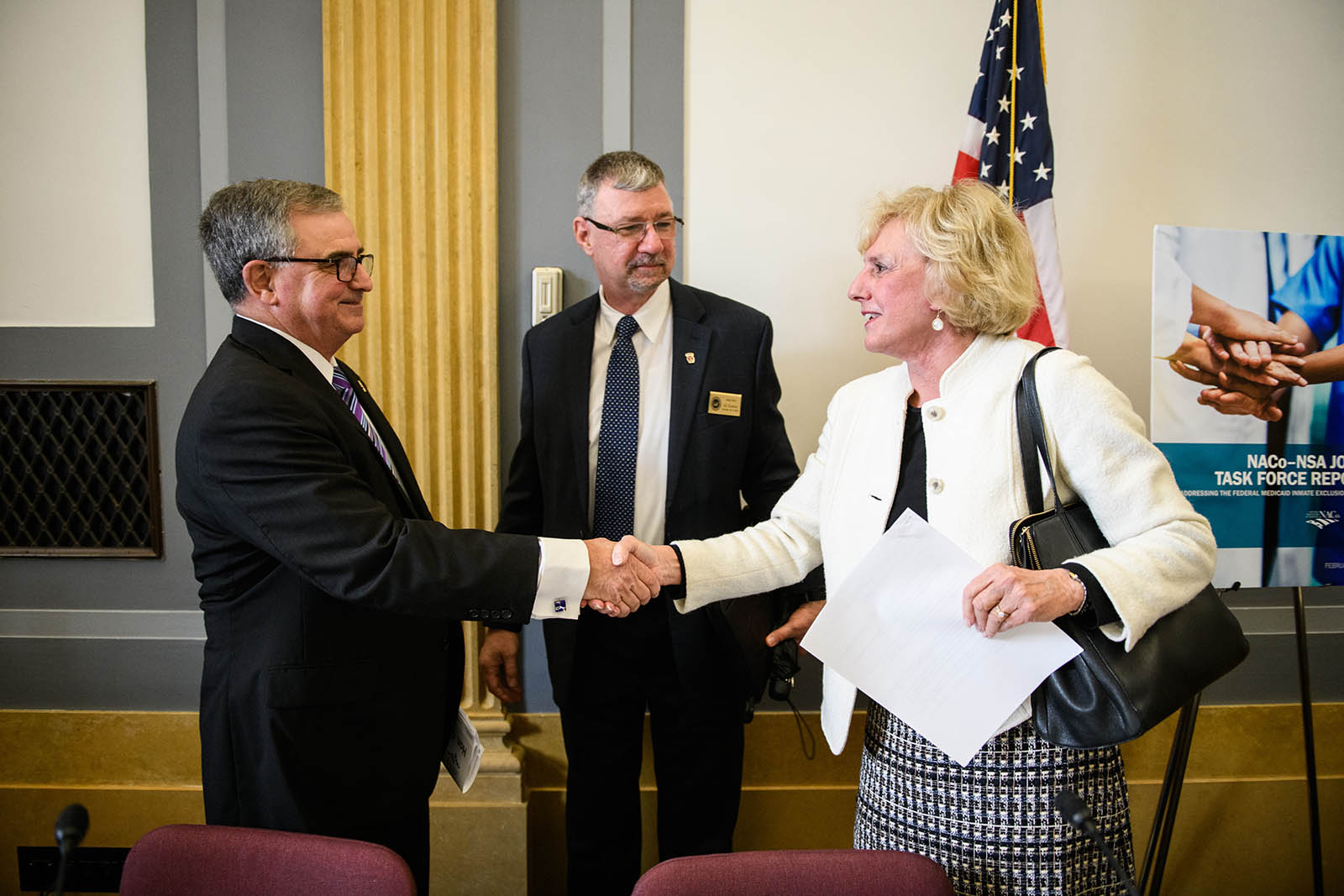 According to Merkley, 34 states have suspended, rather than cancelled outside health care for pre-trial detainees. “We need bipartisan work.”

In 2019, NACo and the NSA formed the joint task force to examine the impact of the Medicaid Inmate Exclusion Policy (MIEP), which removes health and veterans benefits from individuals who have been incarcerated, but not convicted.

The MIEP applies to individuals who are confined inside a jail. States are unable to bill Medicaid for any inmate care, unless the individual requires a hospital stay for at least 24 hours.

Senators Ed Markey (D-Mass.), Merkley, Sherrod Brown (D-Ohio) and Dick Durbin (D-Ill.) have introduced the Equity in Pretrial Medicaid Coverage Act. The legislation amends the Social Security Act to remove a limitation on an individual’s eligibility for medical assistance under the state Medicaid plan while the individual is in custody pending disposition of charges.

NACo released the NACo-NSA Joint Task Force Report, which includes a set of recommendations for policy holders, an overview of pre-trial detainees and jail healthcare and an outline of best practices.

“These are people who have not been convicted,” she said.

Sharpe said there are three main issues with the MIEP: Constitutionality to allow those who are awaiting trial and presumed innocent to have access to federal health benefits; the physical, mental and behavioral health of individuals and the costs to counties.

“The overwhelming number of inmates are in for a short period of time,” he said. “Their plea agreement is to get in and out but even a short jail stay on a minimal charge where the benefits are cut off can have a big impact on your life and your healthcare.”

Champagne said 11 million people cycle in and out of county jails across the country.

“They’re falling through the cracks out there and ending back in our jails,” he said.