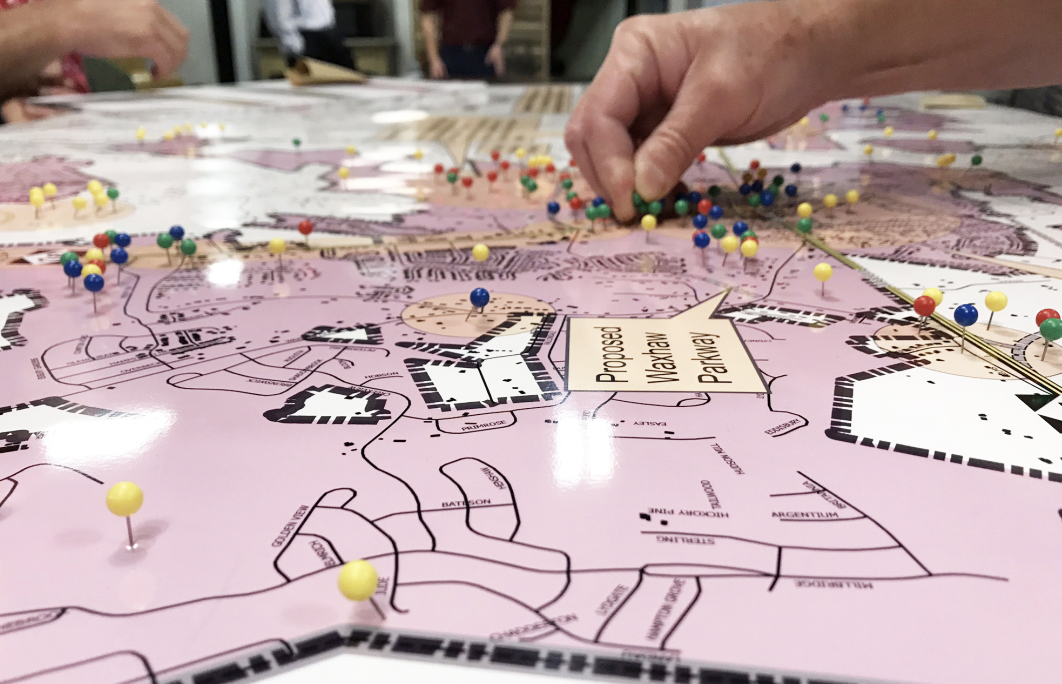 Union County, N.C.’s 2050 Comprehensive Plan — which addresses issues from trees and open spaces to business and economic development — involved residents, business leaders, non-profit organizations and other stakeholders in its formulation to best represent as many perspectives in the county as possible.

“We had so many people participate, because we’ve got such a vast difference of folks that live in our community and what they do and what their interests are, that we wanted everyone to have a seat at the table,” said Lee Jenson, Union County’s director of planning.

“On the western side of the county, it’s very suburban. A lot of folks commute into Charlotte, so their concerns are mainly about traffic, density, utilities and things like that.

“The eastern side of the county is rural, so their issues are a little bit different — their concerns are about agricultural preservation and clean drinking water because we’ve got a lot of arsenic.”

There was also a citizen committee for those that didn’t want to feel limited to one issue and a coordinating committee composed of a chair from each subcommittee and an appointee by each county commissioner, to factor in all of the input from the different subcommittees and make final decisions throughout the process.

There were 64 Union County residents on the subcommittees, all of whom submitted an application.

As far as getting the word out, Jenson called it a “grassroots movement” of word of mouth, with the county pushing it out to as many people and groups as possible.

From there, the county commissioners chose the subcommittee members based on the issues they were interested in and the areas they had experience in, Jenson said.

“They had a lot of knowledge that they brought to the table, and that’s honestly why we ended up with such a good plan. They wrote it — we just listened and provided feedback and research, but ultimately it was the Union County citizen plan,” Jenson said. “And then of course, we had citizens who came to the input sessions and workshops that participated as well. It was a very open process.”

The county felt it was necessary to update their last implemented plan from 2014 to accommodate the massive growth it has experienced since then.

At the time the previous plan was created, the county was recovering from the recession and had slow development, whereas in the years since, at times, Union County was the fastest-growing county in North Carolina and ranked as a fast-growing county nationally as well.

Jenson attributes Union County’s growth to low taxes and the fact that it’s considered to be one of the counties with the top public schools in the state, he said.

The county started the process of creating the updated plan in 2019, setting aside January through April 2020 for “visioning” and April through June for “scenario-building.” While the COVID-19 pandemic created a roadblock of sorts due to restrictions, the county was still able to get through the planning process efficiently by hosting virtual meetings on the front end to identify big-picture issues that didn’t require hands-on activities, as well as virtual input sessions from county residents who were not on the subcommittees, Jenson said.

Something that came out of the pandemic that contributed to the plan was how much it highlighted the county’s broadband issues.

While it was already on the county’s radar primarily for agricultural reasons, the pandemic added another element to the conversation around the need for broadband with the geographic gap it created in education, Jenson said.

“That’s when everybody started talking about it, because the western side, those kids, they were fine,” Jenson said.

“They’re sitting at their house, doing their homework, watching their teacher on the screen. The eastern side — there were kids out there who had no internet, they just could not access it. So, a lot of the schools, the parents drove them to the school where they sat in the parking lot, and that’s how they did their work.

“They had to sit in the parking lot at the school to use the school’s Wi-Fi, which, even out there, some of the Wi-Fi was pretty slow, so that really brought broadband and the need for that to the forefront.”

Some of the first listening sessions resulted in ambitious visions, like the extension of a light rail system into the county, Jenson said, but it was important to the subcommittees to focus on attainable plans so that they could actually make realistic and tangible differences in the county, like prioritizing access to clean water, he said.

One of the visions that has already been implemented since the plan was adopted earlier this year is the Short Water Line Extension program, which provides Union County residents with an affordable option to get connected to safe drinking water.

“We didn’t want goals that were in this plan that were never going to be achieved,” Jenson said.

“We wanted doable things that we could hit the ground running with, so when it came to implementation, we really saw it as not ‘we’re going to do this first and that second,’ but ‘we’re just going to start working on all of this now.’”