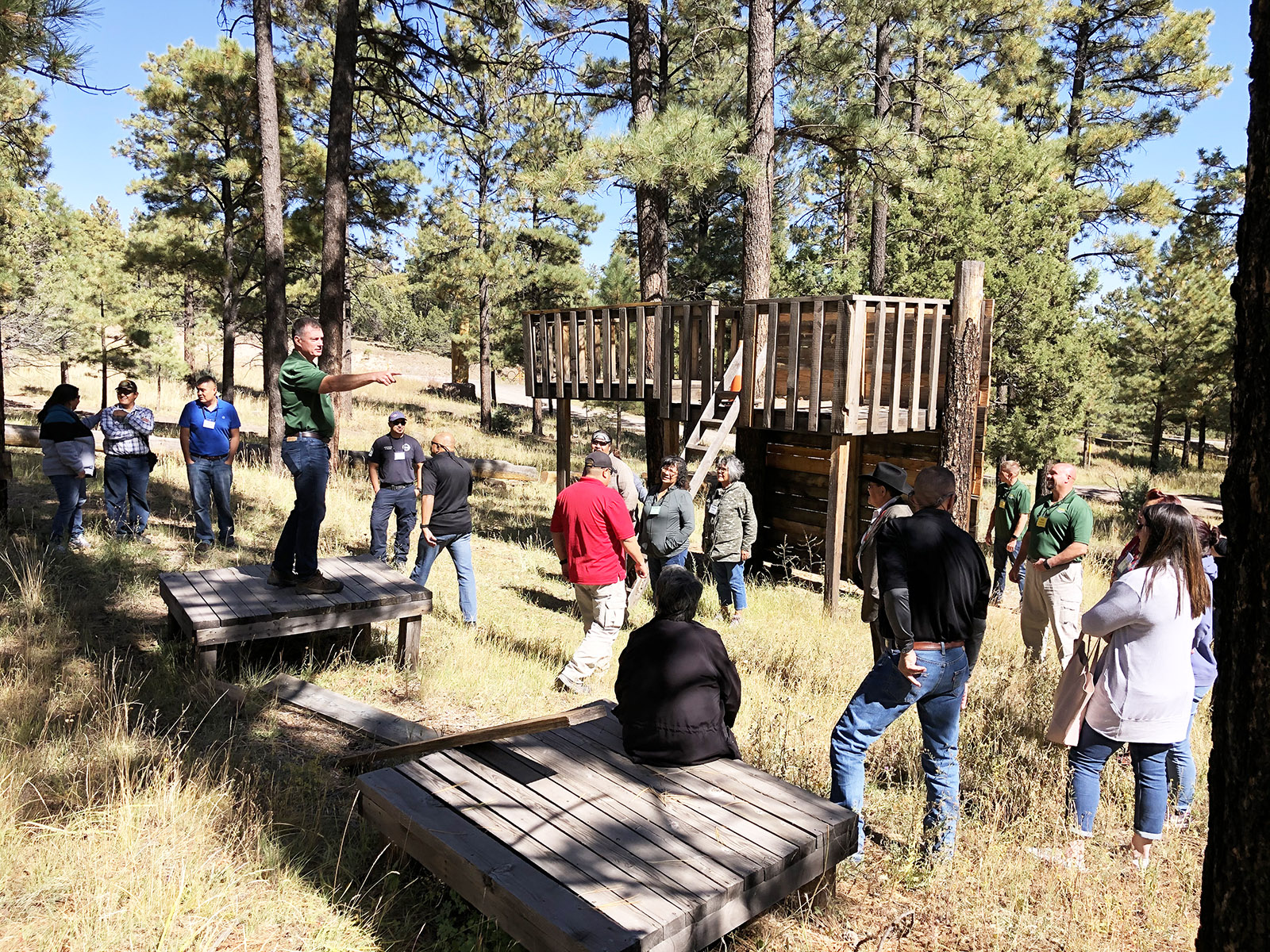 A privately funded nonprofit has stepped in, and flown in, to help the underserved veterans in an Arizona county with a significant Native American population.

The partnership with the St. Louis-based Focus Marines Foundation followed the independent efforts by a former Apache County supervisor and current contractor in working toward building the capacity for the county’s veterans, particularly Native Americans, to continue that programming on their own.

Appalled at the disparity between the resources the U.S. military puts into recruiting in Apache County versus the resources available to them after discharge if they came back home, Doyel Shamley spent some of his free time while in office in 2017 as an Apache County supervisor pursuing resources from the myriad veterans support nonprofits.

“The veterans so-called clinic in Fort Defiance is a vandalized doublewide trailer on stilts that isn’t manned,” he said, representing an example of resources available to veterans in Apache County. “That’s what was moved in from the feds. It’s a building surrounded by weeds with broken windows.”

Apache County is large, poor and mostly either reservation or federally managed; it takes hours to drive to a manned Veterans Administration clinic.

“It’s no wonder a lot of veterans come home here and have trouble,” Shamley said. “They get a day of preparation when they’re about to go back to civilian life, nothing like basic training when they entered the service.”

At one large national gathering of military organizations, a representative of Focus Marines Foundation contacted Shamley and their discussion led to the foundation, in a somewhat rare move, bringing its program staff out to Apache County for a first training in October 2019, rather than bringing participants to its St. Louis farm where it usually conducts group training. The entire process was funded by the foundation.

The foundation’s programming follows a seven-day schedule of orientation, bonding, introduction, guest speakers, resume workshops and classes on relationship-building and maintenance. The main event, according to volunteer and team leader Jennifer Jefferson, is a two-day process of self-examination that forms the basis for growth.

“They talk about who they are, where they come from, what they want their outcome to look like and we figure out how we get them there from here,” she said. “They share their story, but we also try to figure out if there are things they can leave behind, to try and drop some of their burden.”

With the county’s heavy Native American veteran population in mind, the foundation geared some of the programming to amplify cultural markers and emphasize issues and traditions that were important to them.

The gathering itself is significant, and Jefferson said assembling with so many other veterans in a new and supportive environment gives them pause and a fresh perspective.

Part of the training involves helping the veterans learn to advocate for themselves while dealing with the VA system, a change in perspective from their military careers, when they were loath to challenge authority. They also leave with hefty binders full of resources and contacts.

In the year since that training, some Apache County participants have traveled to do additional training in St. Louis, along with new recruits. And Jefferson said the cohort is approaching the point where it will be able to conduct trainings at home.

Shamley said the participants’ success has been telling in that year.

“We’ve been able to show that all attendees have not gone to jail, not died by suicide, have improved work performance, improved relationships, all the things that plague a combat veteran with no help,” he said. “Those things are greatly improved, but once you’re in that network, for the rest of their lives, they have a network to rely on.”