This January marks the 23rd anniversary of the North American Free Trade Agreement (NAFTA) between the United States, Mexico and Canada. This signature achievement of President Bill Clinton’s first term passed the House (234 –200) and the Senate (61–38). Particularly in the House, support did not fall along partisan lines, as 102 Democrats joined 132 Republicans to enact NAFTA. Neither did the opposition, as 43 Republicans joined 156 Democrats in opposing implementation.

The incoming president of the United States has called NAFTA the “worst trade deal in history” and threatens to “terminate” the agreement. With this in mind, let’s review what NAFTA actually encompasses and some contextualization of the economic effects.

NAFTA protects intellectual property rights in many ways. This class of property encompasses trademarks, patents, recordings and written works. Without these protections, investment in research and development of new technologies and pharmaceuticals, engineering designs, advertising and entertainment productions would be discouraged. The ability of another entity to unfairly benefit from the extensive up-front costs of developing these goods and services for mass production would stifle economic progress.

NAFTA guarantees that each signatory, at the minimum, enforce certain codified international norms regarding the protection of intellectual property. Furthermore, any protection must apply equally to both domestic and foreign firms. This provision fosters investment, which benefits the entire trading block through enhanced quality of life and productivity.

NAFTA enables capital to flow more freely to investment opportunities within the three countries, including both the provision of goods and services. A key part of the agreement ensures that each government “shall accord to investments of investors of another Party treatment no less favorable than that it accords, in like circumstances, to investments of its own investors…”

NAFTA also precludes any signatory from requiring a certain level of domestic ownership of a foreign company operating within its territory. These guarantees spur investment by alleviating concerns of state seizure or discriminatory treatment in favor of domestic firms. Such fears are not unwarranted even across the Western Hemisphere, as evidenced by the take-over of Kimberly-Clark Corp.’s facilities by the socialist regime in Venezuela. 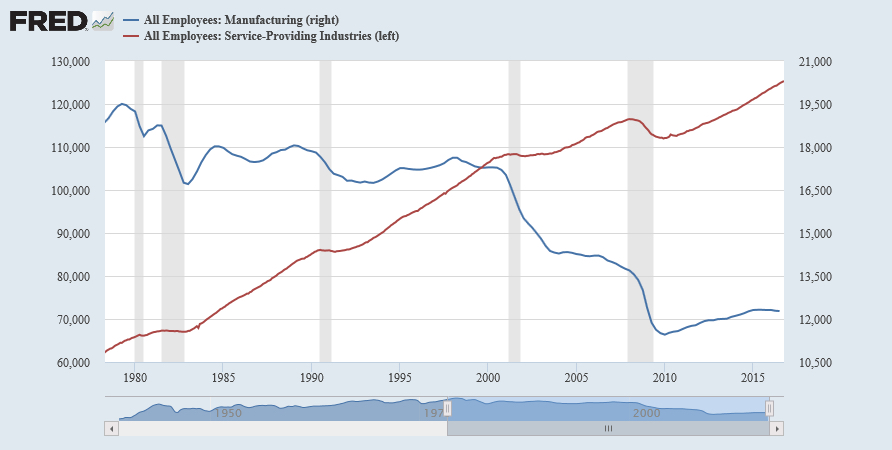 NAFTA required a progressive elimination of tariffs on imported goods. Tariffs are fees levied on imports with the dual purpose of raising revenue for the state and also making domestically manufactured goods more cost-competitive. In addition, the agreement also eliminated most prohibitions and restrictions on goods importations between the three counties. These measures broadened market access for companies operating within the trading block.

Doubts and concerns regarding the efficacy of NAFTA have grown, especially as manufacturing jobs remain stuck near post-World War II lows. Manufacturing jobs peaked at more than 19.5 million in 1979. Following a decades-long stagnation, this sector began to plunge in earnest during the recession of 2001, bottoming out at under 11.5 million in 2010 in the wake of the Great Recession. Over the past six years, the sector has rebounded by fewer than 1 million jobs.

The U.S. Chamber of Commerce, however, estimates that 5 million U.S.  jobs were created during the first 20 years of NAFTA, thanks to the increase in trade from NAFTA. As an example, agricultural exports to Canada tripled, and those exports to Mexico quadrupled. In addition, service exports to Canada and Mexico leapt from $27 billion to $82 billion within this same 20-year period.

Although many place the loss of manufacturing jobs on international trade, such an assignment of blame may be misplaced. Other facts are largely ignored. For instance, increased productivity means more output per each labor unit of input; in other words, more goods can be produced with fewer total employees. Also, more stringent labor and environmental regulations domestically can add to the costs of producing goods at home.

In addition, a trade imbalance of imports exceeding exports is not necessarily a negative for the economy. Remember, these imports of foreign products are purchased with U.S. dollars. Ultimately, these dollars are either used by our foreign trading partners to purchase U.S. goods or they return to U.S. shores in the form of investments here at home. In fact, high real GDP and employment growth are correlated positively with a growth in the trade deficit.

Consumers may perhaps be the biggest recipients of the benefits of free trade in general and NAFTA in particular. Since implementation of NAFTA, durable goods prices have dropped by nearly 14 percent even as inflation overall has totaled more than 65 percent.

Billions continue to be lifted out of poverty across the globe thanks to the spread of capitalism, private property rights and the rule of law. Access to newly-empowered consumers across the globe along with rapidly expanding labor pools for goods production present both threats and opportunities for the U.S. economy. An understanding by the general public of how loosened restrictions on the flow of capital, goods and services can impact on a micro and macro level will empower policy makers in their effort to create an environment even more conducive of economic growth. 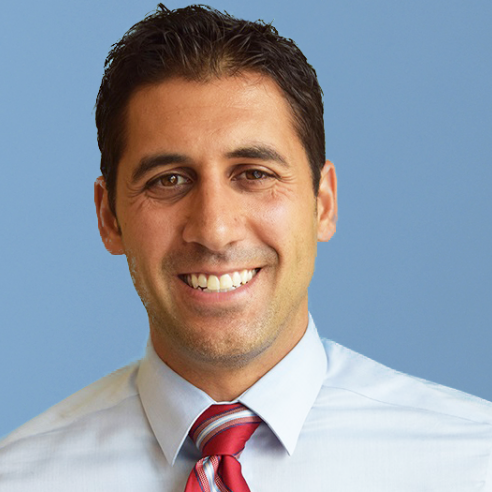 Joel Griffith is NACo’s Deputy Research Director.  He is responsible for managing the research team and the operations of the department along with acting as lead researcher for certain NACo research projects.