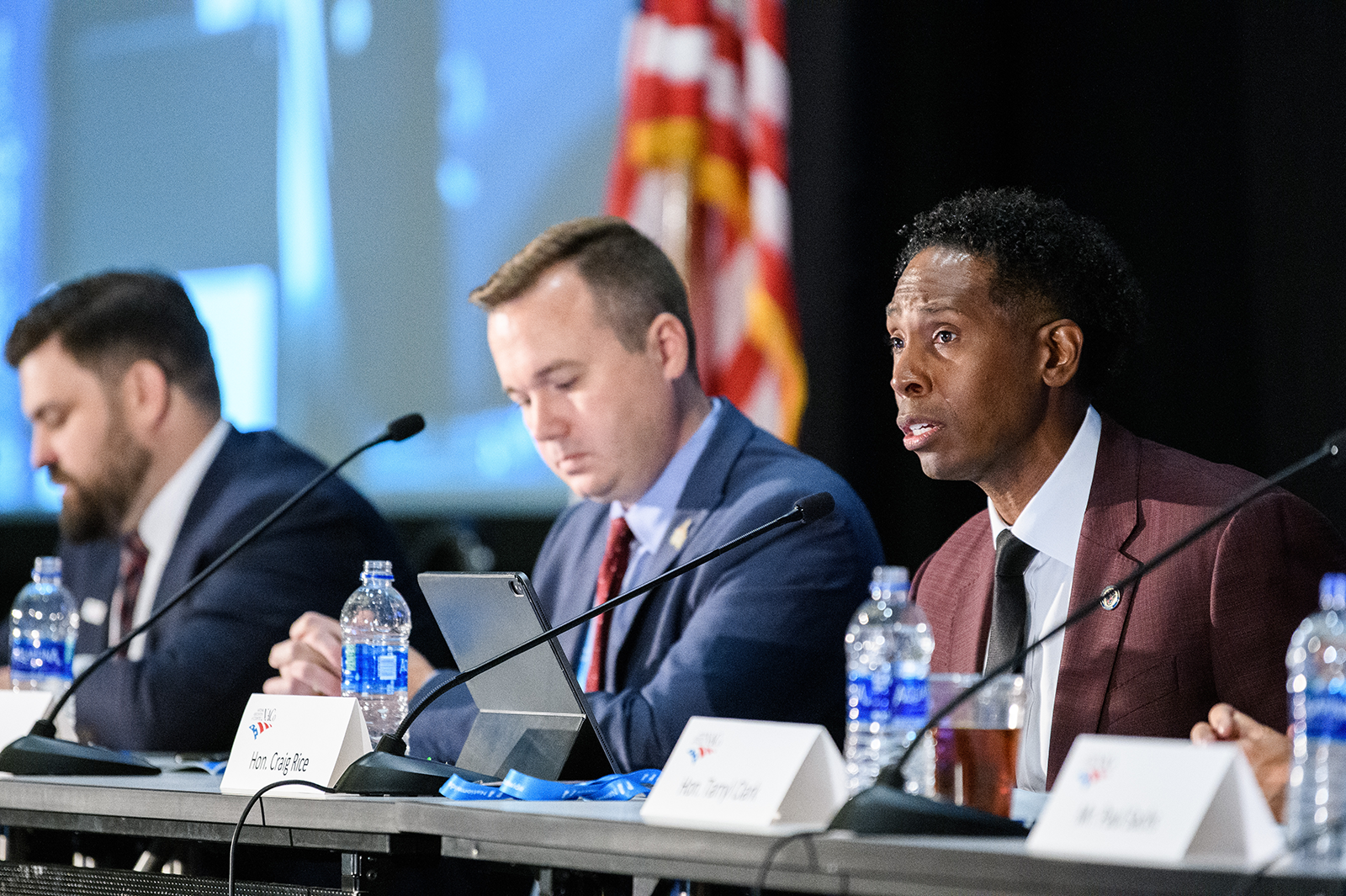 In an effort to bridge the digital divide in counties both rural and urban across the country, NACo’s Broadband Task Force released a report July 12 during the 2021 NACo Annual Conference outlining nine specific themes that address communities seeking broadband.

“This is a starting point,” he said. “There is so much more that needs to be done.”

“Don’t view this as a stopping point today, this is where we start,” Clark said.

The nine themes include:

1. Defining a “minimum standard” of broadband

The policy recommends broadband systems are designed and constructed in ways that are scalable and meet community needs.

“We have to have minimum standards,” Rice said.

The committee is recommending the federal broadband definition should be scalable with up to 1 Gbps symmetrical.

2. Implementing “dig once” policies and thinking of rights of way as public assets

The task force recommends that federal “dig once” policies are established across agencies.

“When we're doing big projects, let's think about how we can be proactive to digging once and getting conduit laid, as well as part of that part of the project,” Clark said.

He added that developing standardized processes and removing state and local government legislative obstacles will aid in the delivery of broadband services.

Rice emphasized how the pandemic revealed the number of young people who are disconnected.

“[The homework gap] affects our economic development and workforce development and so it's incredibly important for us to advocate for making sure that we have a program that is there that sets aside resources for our children,” he said.

With some counties living in states where there are restrictions on local governments being involved in broadband, Clark said the task force identified that these restrictions should be removed.

“Implementing a broad game plan program for some of our unserved and underserved areas is essential,” he said.

8. Regulating broadband as a utility

“Broadband is not just a luxury, it is absolutely essential to our families and businesses,” Clark said.

The task force recommends peer-reviewed mapping that ensures minimum speeds are met and that middle-mile systems should be an open network.

“If that data is flawed, there’s no way we’re going to get to a possible solution,” Rice said.

He said it is crucial to make sure data is accurate and referenced NACo’s TestIt App, which highlights the gaps in the FCC’s broadband maps that have been used by federal agencies to determine funding needs for investments.

Both Clark and Rice told county officials the appendix of the report will grow and the report itself will evolve as local governments use ARP funding for innovative broadband projects.

“I hope that through this document, you’ll be able to get a synopsis of some of the challenges that we identified with all of your various communities,” Rice said. “They may not be exact, but certainly should be able to give you a framework for how you can possibly move forward.”