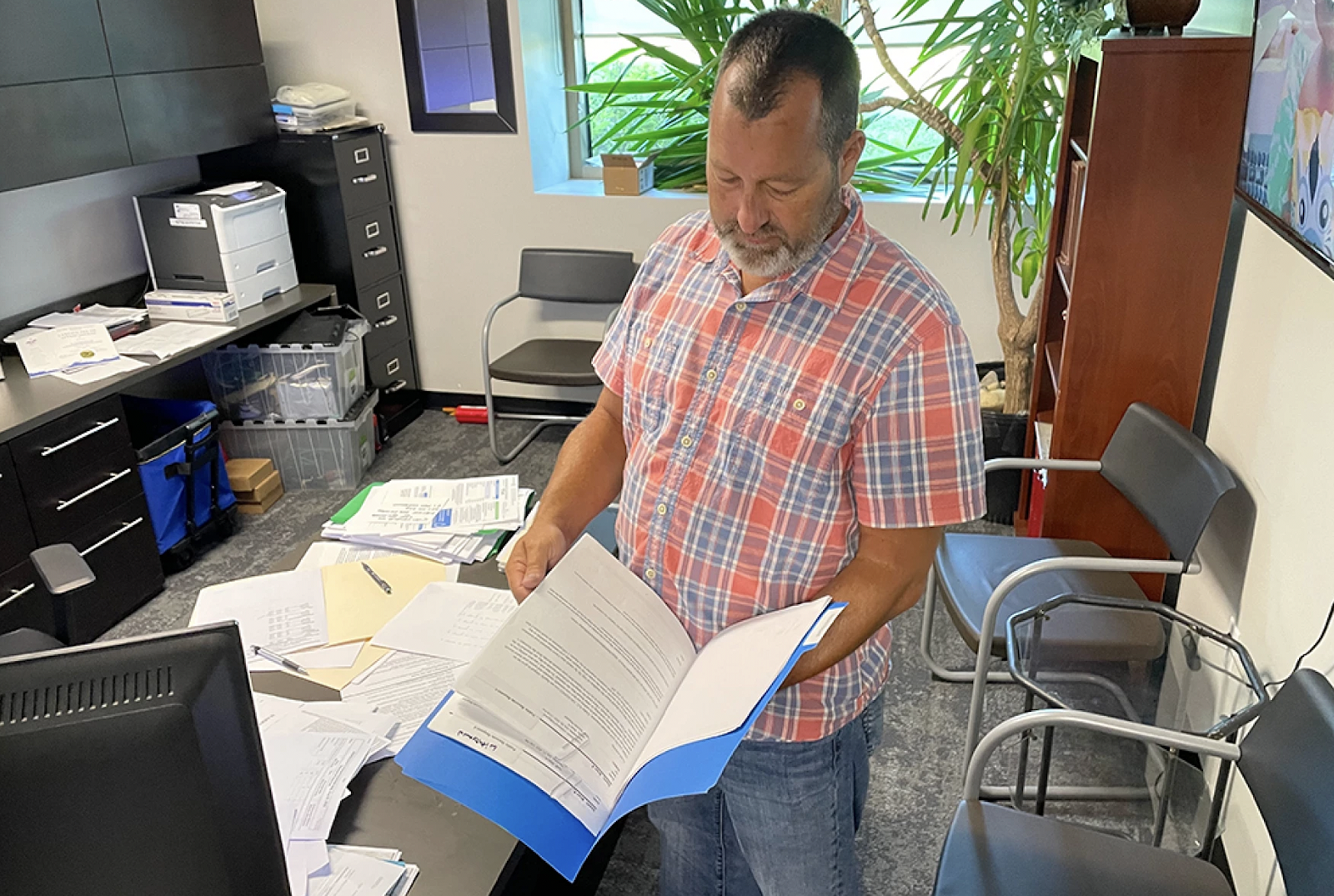 While preparing for Election Day 2022, election workers across the country have found themselves spending time and resources addressing record requests regarding the 2020 election.

Sean Drasher, Lebanon County, Pa.’s director of elections, said that his county usually receives one right-to-know request a month, but has started to see multiple requests daily over the past few weeks.

“Those right-to-know requests have very specific legal requirements — who can make them, how we can respond, what we can share,” Drasher said. “Legally, we can’t do anything that would violate a voter’s privacy just because someone demands it.

“We have to be very careful how we respond,” he noted. “Our commissioners really want us to take the time to look at each individual one and make sure we give it the full attention that it deserves, and I respect that, but it also is very time consuming.”

Election offices across the country have seen identical public record requests. Almost all requests received by Jackson County, Ore. have been from a copy-and-pasted template or have near-identical wording, specifically for cast vote records, which is an electronic representation of how voters voted, said Jackson County Clerk Chris Walker.

What seems like a grassroots interest in civic awareness is more of an “Astroturf campaign,” inspired by election fraud conspiracy theorists, who urge people to file the CVR (which stands for “cast vote record”) requests.

“Part of our job is the transparency in elections — it’s hugely important — but really at a time when we are just inundated with work to do for an upcoming election, it has just really distracted us,” Walker said. “We’re doing close to 160,000 ballots in about a 225,000 to 230,000-person county — I have a 2 1/2 full-time staff, so all of the records requests, the inquiries, all have just added on top to an already very small staff, and it has been overwhelming.”

‘We want to be as transparent as possible’

Brian Sleeth, director of the Warren County Board of Elections and president of the Ohio Association of Election Officials, also said he’s continued to see identical requests and has struggled to meet demand.

“It’s something that our election officials here in Ohio just aren’t used to,” Sleeth said. “And we’re not complaining about being transparent — all of the counting of our ballots are done in public, we have big glass rooms where people can watch us do the tabulation on election night, they can watch us do our public test of the machines.

“So, we want to be as transparent as possible, but these record requests are from an election that happened two years ago, on the cusp of these records scheduled to be destroyed, so it kind of put the brakes on everything.”

Federal law requires governments to keep election records for 22 months. The deadline for the 2020 presidential election is what has prompted the influx of record requests, Sleeth said.

“There are boards of elections that don’t have the space to keep ballots longer than they are required,” Sleeth said. “I don’t know anybody rushing out to destroy the materials from 2020 because of all these active requests, but normally we would, I mean these ballots go to destruction.

“The election record never gets destroyed, and that’s what some people don’t understand —  we’re just getting rid of the paper documents. I have an electronic record of who voted, I have electronic signatures on file to show that they signed the poll book at the polls or in our office, so it’s not like we’re wiping the whole election off the face of the Earth.”

The uptick in record requests are increasing costs in Jackson County’s elections office, because the department has to pay chargebacks in its budget for the next fiscal year depending on how much it uses county counsel, which Walker uses as a resource for record requests, for the current fiscal year, Walker said.

“I reach out for an hour, half-hour conversation, which seems to be more regular — I would say at least sometimes two to three times a week, if not more,” Walker said. “Those are all costs incurred during this and if the people never move forward with that records request, well we’ve already utilized the timeframe with county counsel to assist in this process. But I would not navigate this without them.

“They are amazing, and I’m very grateful to have a counsel that makes me feel confident knowing I have great counsel, and they are very experienced in navigating the waters of records requests.”

“We’re doing ads on Pandora and some different social media sites as well as radio, on standard media as well,” she said. “And that is something in the last couple of years that we’re now just building of course into our regular elections budget because of the mis- and mal- information that’s being spread out there. We’re trying to combat it, but just like anything, it’s expensive.”

The county has received funding from the Center for Tech and Civic Life and Oregon’s Secretary of State Office to help deal with election costs, Walker said.

“The cost of elections is just going up and up and with no end in sight,” she said. “Our Secretary of State reached out and said, ‘What can we do?’ And I give them credit for that. One-time infusions of cash are great, like what we’ve gotten, especially during the pandemic, really helped us where we could get new scanners.

Paying for the added costs

“But what we really need is a solid funding mechanism, because right now in Oregon, in primary and general elections, the county jurisdictions fund 100 percent of election costs.”

Drasher said Lebanon County has also received grants to help deal with election costs, including from Help America Vote Act election security funds, which have helped the county adapt to the added expense that mail-in voting brings and the state Department of Community and Economic Development’s Election Integrity Grant.

“Just because there’s money sitting there doesn’t mean you can use it for a lot of things, so the Election Integrity Grant is pretty great because they gave us a little more broad range of how we can apply the funds,” Drasher said. “We are a small department and we don’t have a very big budget, so doing anything outside of day-to-day operations for us without grant money is pretty much impossible, so these grant funds are going to allow us to invest in some technology with big capital investments that we’ll be able to use that’ll help us process ballots.”

With the increase in record requests affecting operations across the country, election officials are coming together and trying to come up with ways to help each other in whatever ways they can, Drasher said.

“There’s no training manual for this job,” Drasher said. “There’s no other resource except other people that are also doing it … Say one of the counties down near Philadelphia, they’re a lot larger and they have a much larger budget than we do –– they can develop things, like videos they throw up on their website that show voters how the machines work or how the process works, that maybe we don’t have the resources to do, but they do, so we all share that stuff.

“We collaborate a lot, and the other directors in larger counties have been incredible in supporting us and we try to support the counties that are smaller than us.”