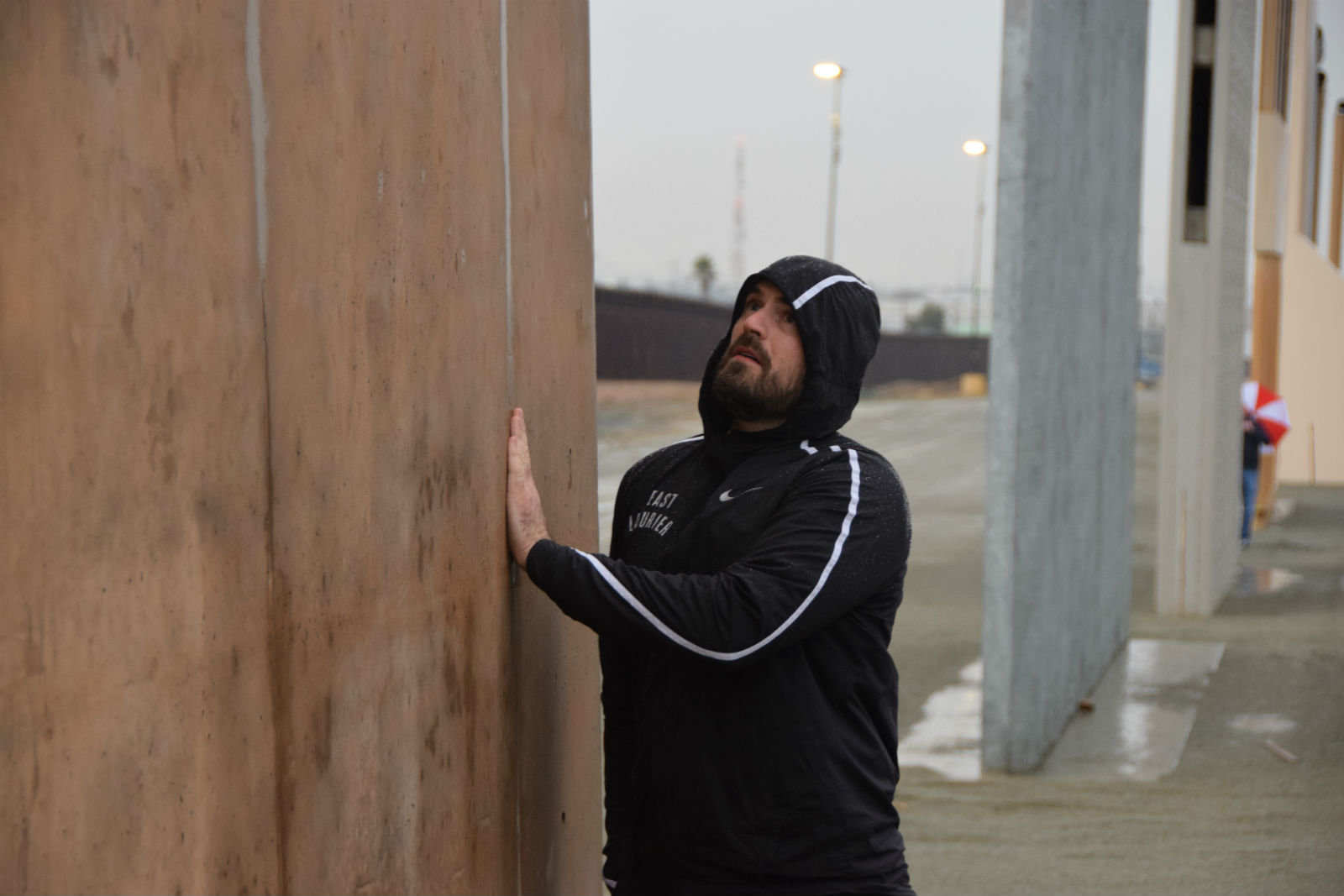 In order to filter by the "in queue" property, you need to add the Entityqueue: Queue relationship.
A mobile workshop took LUCC Symposium attendees to see the past, present and future of security along the Mexican border

San Diego County includes San Ysidro, the busiest U.S. border crossing. Outside of that port of entry, the landscape along the United States and Mexico has changed dramatically in the last 26 years.

On a mobile tour during the Large Urban County Caucus Symposium Dec. 5, attendees saw the past and future of the international boundary, which was, up until the 1990s, imaginary. Now, much of the line dividing the two countries is lined with a variety of fences in the midst of a significant upgrade.

“The border was merely a suggestion,” U.S. Border Patrol officer Tekae Michael said of the line in the 90s and before.

In the 1990s, the U.S Border Patrol placed large opaque helicopter landing mats as a barrier to automobiles crossing, but that was not much of a deterrent to aspiring border crossers, either above or below. The mats were opaque, so border patrol agents couldn’t see who or what was on the other side, and they were both easily climbable and could be tunneled under.

Now, eight prototypes manufactured by six contractors are be being weighed for much of the border. They will stretch between 18 and 30 feet above ground, a distance Michael said was frightening enough to deter climbing, and they extend six feet below the ground to prevent tunnels.

They are built of a combination of cement, rebar and steel, with razor wire atop some and rounded tops that help prevent climbing on others. Most resemble a fence more than a wall.

Michael pointed to patched holes in an existing fence where people had cut through.

“We know it won’t be 100 percent effective, but it will slow people down enough to give agents a chance to apprehend them,” she said.

The fences won’t be necessary along the entire border, Michael said. Natural boundaries prevent crossings in some areas.

Of the 24 county officials on the tour, only one hailed from a state that shares a border with Mexico.