Large urban county officials get the 411 on 211 San Diego 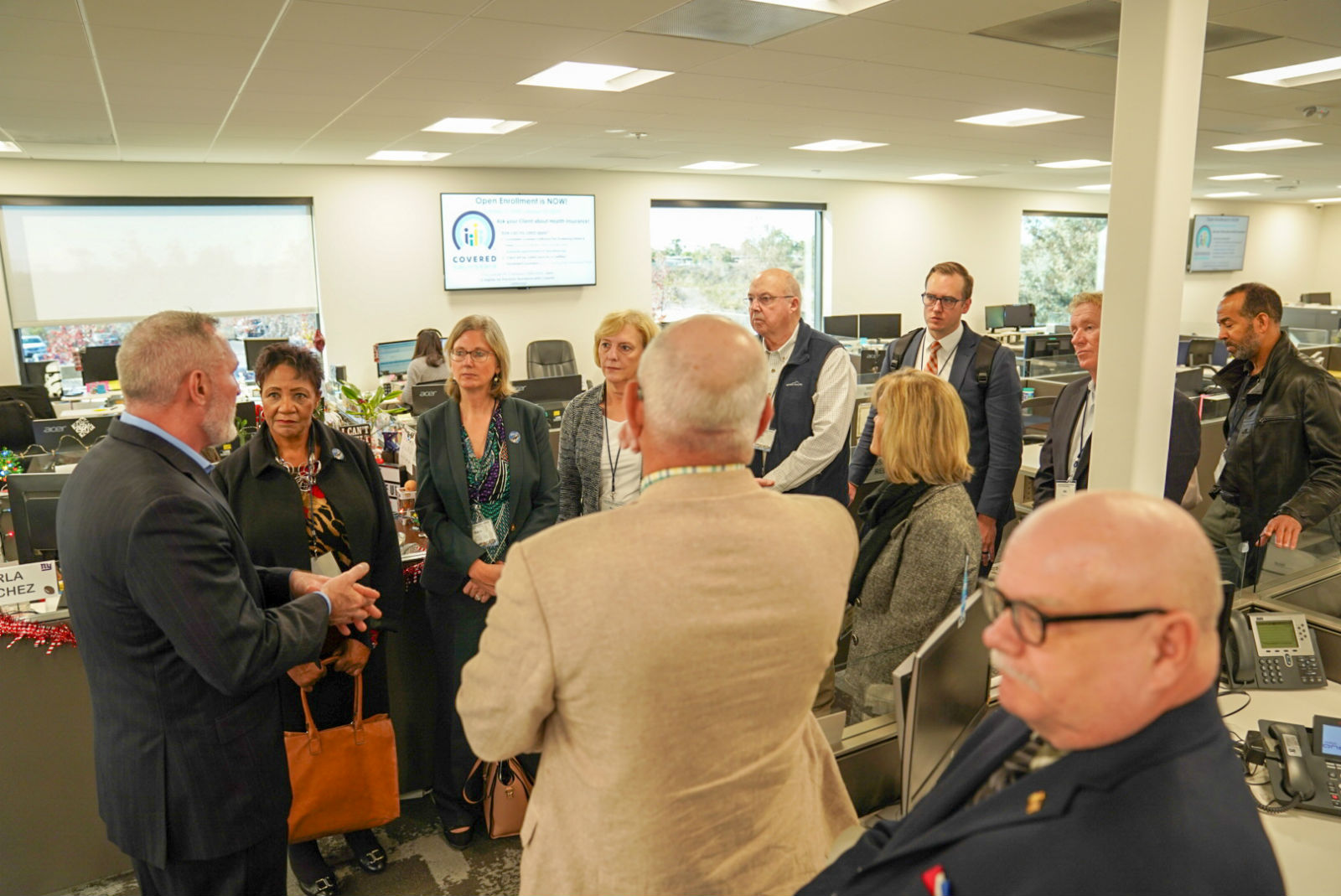 In order to filter by the "in queue" property, you need to add the Entityqueue: Queue relationship.
“We believe 211 is a starting and entry point to a service delivery system. Often times, people don’t know what they’re asking for, they don’t know it exists. Our job is to help them navigate.”

At a large building in San Diego County, rows of desks in cubicles are lined up on the second floor where operators are taking phone calls from residents in need of everything from affordable housing to their next meal.

County officials from across the country got a close-up view of the call center, 211 San Diego, in action Dec. 7 at NACo’s 2018 Large Urban County Caucus meeting in San Diego County.

County leaders visiting the center, which connects residents to non-profit and county human services programs they need, had questions about funding, how the center got started and how it operates. “Connecting the Unconnected” is the initiative that San Diego County Supervisor Greg Cox, NACo president, is championing.

“We used to have one of those 10-digit numbers that no one ever remembered,” said Cox as he welcomed county officials to the center, which has been in existence for more than a dozen years. “We got tremendous buy-in from the non-profit community.” The organization has connections to more than 6,000 community resources in the areas of health, wellness, housing, utilities, military and veterans’ services, food assistance, disaster support and community data.

“We all have a lot of vulnerable people in our communities and I think the greatest service we can provide as a county is plugging them into the services they need that is going to help establish them to become self-supportive and self-sufficient,” Cox said.

Cox made sure to highlight another benefit of 211: It helps take the load off 911 calls, especially during disasters. During an emergency, it’s helpful if a message to call 211 is added to reverse 911 calls to keep 911 lines open for true emergencies.

The nonprofit organization was started with county funding in 2005. In addition to county support, 211 San Diego now also receives fees from service providers such as First 5 San Diego and San Diego Gas & Electric to help cover its costs.

“We believe 211 is a starting and entry point to a service delivery system,” York said. “Often times, people don’t know what they’re asking for, they don’t know it exists. Our job is to help them navigate.”

There are about 248 centers across the country, he noted. “In some places, 211 is at risk” due to dwindling funding and lack of community support is threatening some of those centers, he said. “We’re on a mission to make sure that people know about 211 and its potential.”