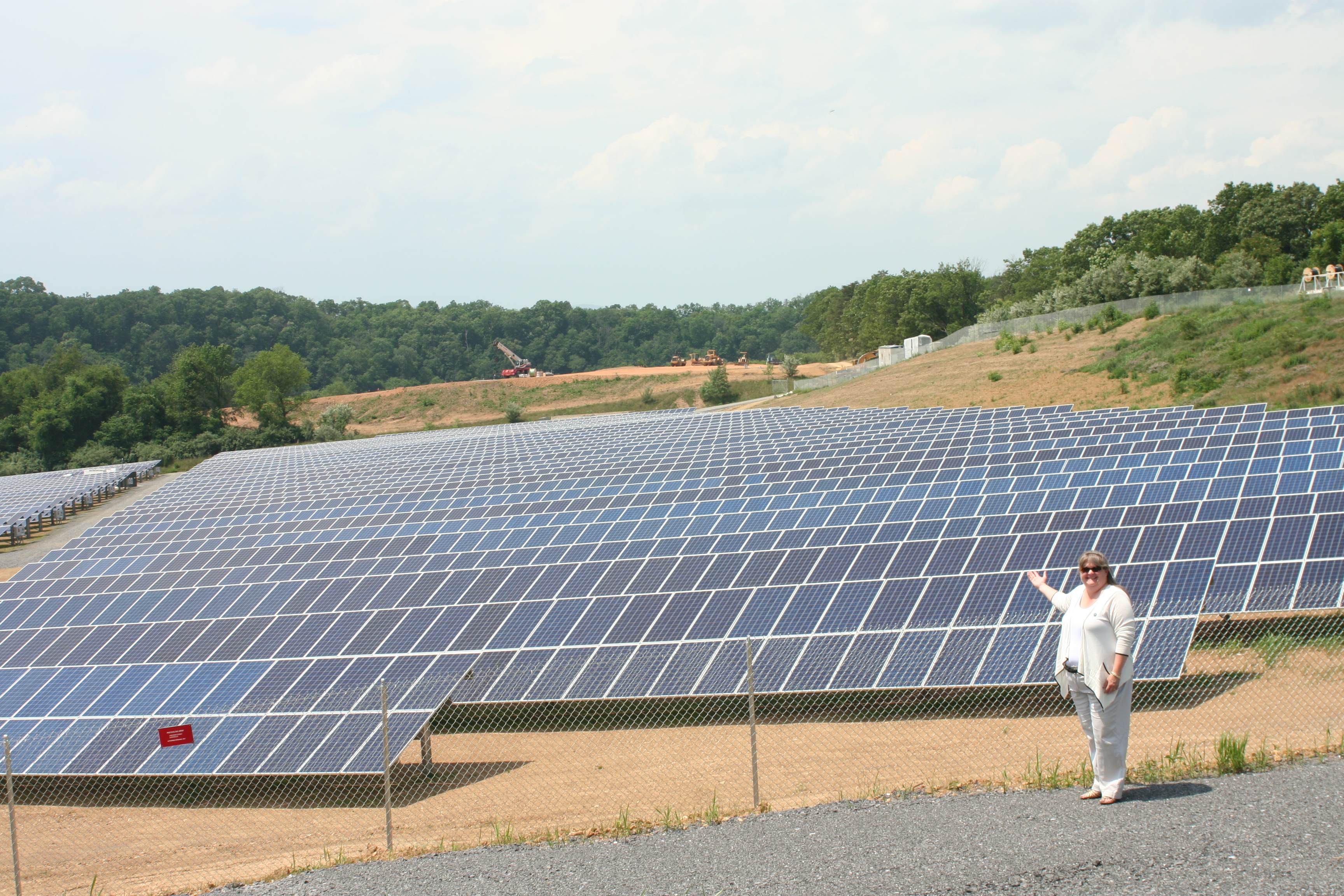 Leasing county land to solar energy companies will make Wash­ington County, Md. an entirely-solar-powered government, give its budget an almost-half million dollar boost, and in the process make it a leader in the Old Line State.

Public-private partnerships with three solar energy producers have led to construction of 130 acres of solar panels which, when com­pleted, will yield 25 megawatts of electricity, 14 megawatts of which will be purchased by the county and the school district at a reduced rate. That adds up to a savings of $100,000 a year over the previous energy contract, just for the county government.

“And it’s all sustainable,” said Julie Pippel, director of the county’s division of environmental manage­ment. “Plus, it’s all privately built and maintained.”

Montgomery County, Md.- based EPG Solar approached Washington County more than three years ago with an interest in using some of its land. Spear Point Energy and Northern Energy have followed suit. The solar field con­struction should be complete and online by the end of 2015.

“When you own a landfill with landfill space, and people are looking for solar (projects), you get people knocking on your door,” she said. “We had all of this land, we’re owning it and maintaining it. It wasn’t drawing in a tax base and we weren’t getting anything from it.”

Now those otherwise-empty acres are yielding $375,000 annu­ally in rent revenue (one penny per kilowatt-hour generated) from the three energy companies. It’s net savings and revenue of $475,000.

Local contractors are building the solar fields and will maintain them. This was precipitated in large part by a recent reorganization of the Department of Environmental Management, which grouped environmental, solid waste, water and recycling functions together, separate from public works.

“Those functions are now man­aged in a direct way that relate to each other,” Pippel said. “It put us in a position to enhance environmental initiatives in the county, bring some sustainability to the county, reduce county budget, so solar is something that could do that for us.”

The deal was held up by a ques­tion of whether counties could enter into a purchase power agreement.

“The regulations guiding utilities referred to ‘municipalities’ as viable parties in a contract, which we read as ‘local governments,’” Pippel said. “The power company read that as ‘towns and cities.’”

The Public Service Commis­sion ruled in favor of Washington County, paving the way for other counties. Pippel said Harford and Queen Anne’s counties have called with interest.

Robert Babcock, owner of EPG Solar, said the choice of Washing­ton County for a major project was an easy one.

“What wasn’t attractive?” he said. “I love working with municipal governments. They look for local solutions, and in this case it’s to generate their own power.”

The volume of open space was also appealing because of the scale on which EMPG could work,

“Using landfill space is one of the greatest uses of county resources,” he said. “What else will you do with it? It was all the land I needed.”