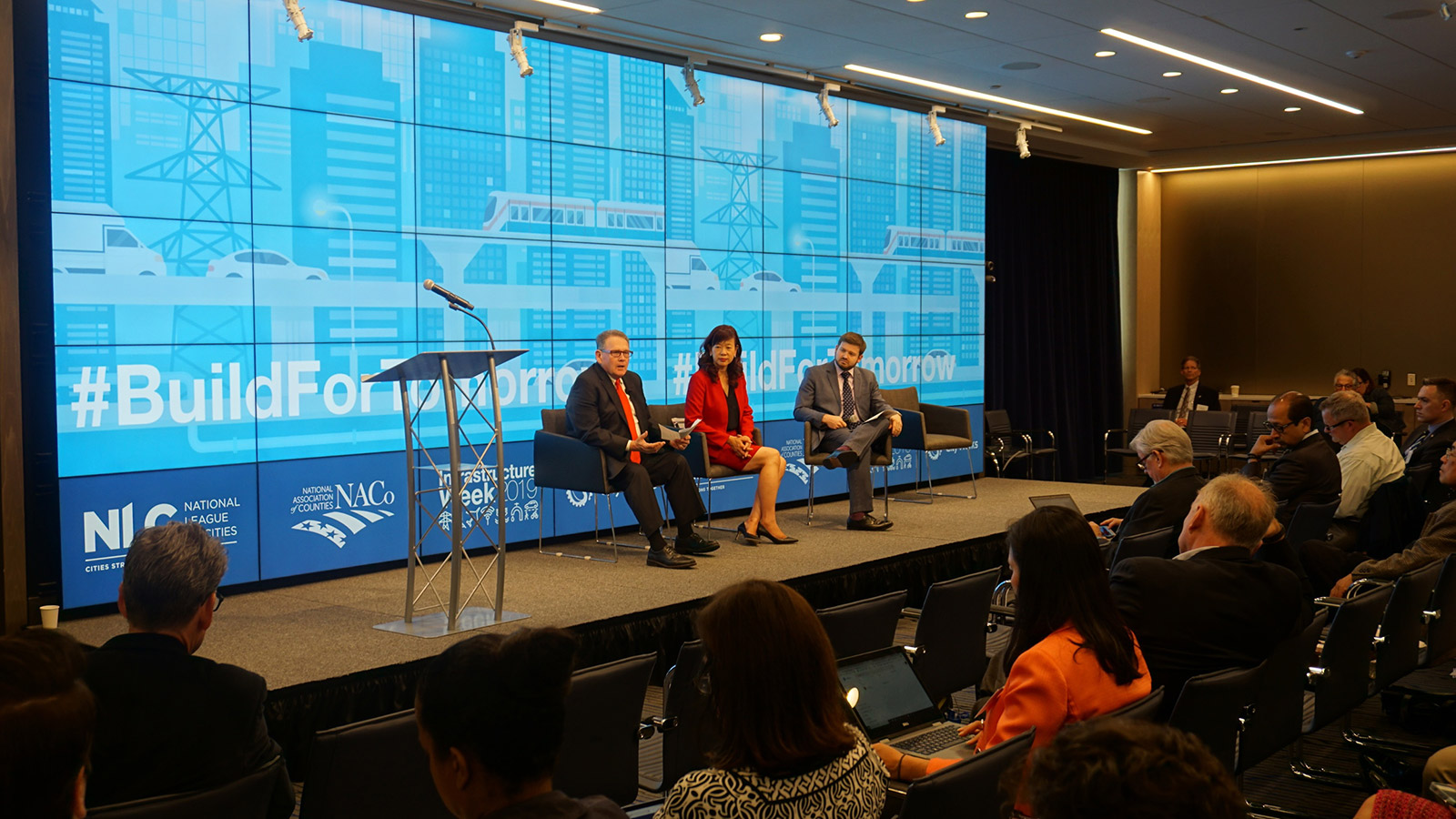 “You have to be creative to get your modernization done and you have to stick to your maintenance plan,” said Maluchnik, who described his county, located west of Minneapolis, as very rural. He explained the importance of planning and establishing a dedicated county safety plan and a dedicated maintenance plan based on evidence-based decisions to establish smart technology.

Carver County is pioneering safer road design along roads and is working with farmers to come up with a plan to prevent cars from rolling into farmers’ fields during accidents.

Maluchnik said the county has taken the lead to attract state and federal money for infrastructure needs.

“Local government has to get involved if they want to move forward with expansion and modernization of the roads,” he said.

Mei explained how Fremont is facing rapid changes and is finding ways to be innovative when using technologies and building partnerships.

The city has created a smart mobility task force, she said, “to come up with solutions where we bring people together to come up with these innovative ideas.”

“It’s an interesting time to transition from our city planning for that infrastructure and building that in and also looking at the future and how do we encourage and foster the technology adoption,” Mei said.

The ‘internet of things’

DeLoach discussed IoT, or “the internet of things,” and its relation to infrastructure. He said many IoT manufacturers have added sensors to monitor different infrastructure systems.

“Data is going to be the biggest, the most important resource that we’re going to have to deal with,” DeLoach said.

“Trusted data is the oxygen of the successful enterprise in the coming century,” he said.

She said there are five keys to successfully making innovation sustainable in government which are:

Kris Carter, co-head of the Office of New Urban Mechanics in Boston, explained how the city is using an app to combat bad drivers. The app provides data on drivers’ speeds and time distracted by a cell phone.

Lidija Sekaric, senior director of marketing and strategy with the U.S. Center of Competence in Distributed Energy Systems at Siemens, talked about what it will be like when 10 billion people live on the planet in 2050 with 70 percent of those people living in cities.

She discussed the emergence of a new energy system that supports local communities and a centralized grid, adding that communities can save on utility bills and reduce their carbon footprints with the help of the grid.

“The power grid of the 20th century was probably the greatest enabler in development in improving the quality of life in the U.S. and around the world,” Sekaric said. “Looking at the power grid of today and tomorrow, it still has that role, but it is transforming. It has to become cleaner and it has to become more resilient and flexible.”

Lisa Brown, national senior director of the Local Government and Municipal Infrastructure at Johnson Controls, shared the research her company is doing to create smarter communities and explained that the trends are moving more toward smart neighborhoods, smart innovation corridors and smart communities.

According to Stalzer, funds that work the easiest are the economic development authority bonds, but they require a project to meet certain criteria.

Johnson explained one of the barriers for securing financing for infrastructure projects is the technology obsolescence process.

“It’s very important to be intentional and to make sure that not only the governing body… but your community is investing in your policy decision,” Stalzer said. “The policy piece of it becomes your foundation for future success.”

The last two panels of the afternoon focused on technology-rich regions and protecting the data and cybersecurity of smart infrastructure.

Brooks Rainwater from the Center for City Solution with the National League of Cities said many smaller areas want to welcome tech companies, but may not understand how the technology might impact their community.

When it comes to keeping both physical and cyber systems involving smart infrastructure secure, Joe Langill, director of Industrial Security Service at AECOM, said most people view security as someone else’s problem.

Infrastructure Week continues with events through Thursday, May 16. Watch livestreams of future panels at https://www.naco.org/events/infrastructure-week-2019.