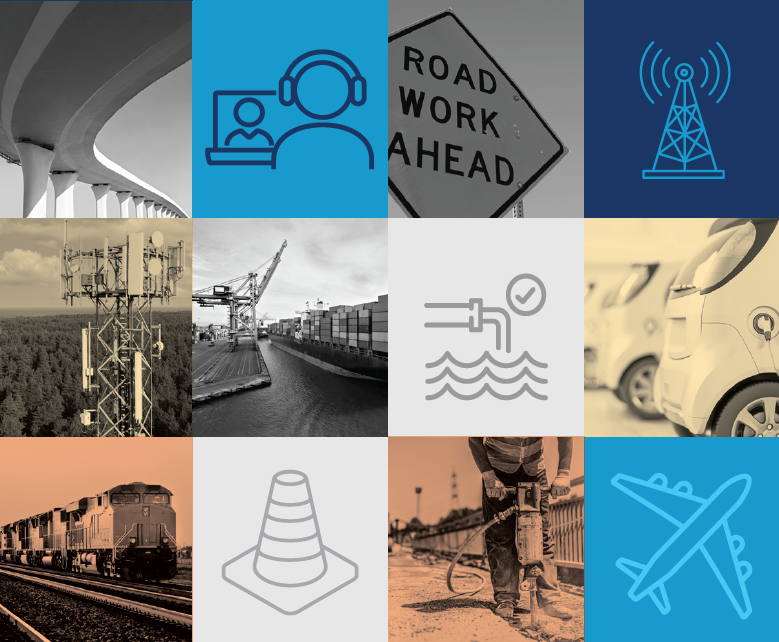 In order to filter by the "in queue" property, you need to add the Entityqueue: Queue relationship.
Still waiting on action in Congress, counties have their infrastructure priorities lined up.

For all the counties with all their varying infrastructure needs, the common theme seems to be water.

Years of deferred maintenance has left many counties feeling like making meaningful advances in their infrastructure systems is out of reach, particularly as some redefine the term as they rethink their systems.

From a wider perspective, there is cause for optimism. The American Society of Civil Engineers raised its grade for America’s overall infrastructure out of the D range for the first time in 20 years, noting improvements in aviation, drinking water, energy, inland waterways and ports, with only bridges, for lack of a better term, falling.

But 11 measures, including some of the improvements, remained a “D” on the 2021 Report Card for America’s Infrastructure. This was the first year that stormwater infrastructure was evaluated, and it too rated a D.

What did meet with approval? Voters’ willingness to support measures to fund projects, to the tune of approving 98 percent of local infrastructure ballot initiatives in 2020.

That’s a lifeline, but counties are still waiting on the House passage of the bipartisan infrastructure bill that passed the Senate and would provide $973 billion over five years, including $550 billion in new investments for all modes of transportation, water, power and energy, environmental remediation, public lands, broadband and resilience.

‘We’re just trying to catch up’

Lane County, Ore. Commissioner Heather Buch is a constituent of U.S. Rep. Peter DeFazio (D-Ore.), who is currently chairman of the House Committee on Transportation and Infrastructure. She has followed the bill closely, with hopes for what some of that funding would mean for Lane County’s needs. She is chair of NACo’s Highways Subcommittee.

“COVID-19 affects everything, but we had so much backlogged maintenance anyway, that we’re just trying to catch up, which makes this bill so important, let alone to move forward,” she said.

Big picture, Buch’s eyes are on the chance to connect the cities of Eugene and Springfield through the Glenwood neighborhood.

“It’s a nice corridor but needs a lot of infrastructure investment to bring it up to new development standards,” she said. “There’s so much opportunity for business and housing there, but they lack the things that go underground to make that happen.”

That development could be a force multiplier for the area, eventually paying for itself through the transformational development that could take place with those upgrades.

She also wants to explore development for a convention center in Eugene, eyeing large events and accompanying hotel additions that could make the central Oregon region a destination.

“Too often, people skip us to look north to Portland because we don’t have the capacity,” Buch said. “We have the scientific and athletic attractions at the University of Oregon to draw a lot of interest, but we can’t support as many visitors as we’d like.

“Or they are fine with staying in Linn County for hotel rooms, so we’re losing out,” she noted. “A developed Glenwood would make it so much easier to keep people in Lane County.”

Milwaukee County, Wis. Executive David Crowley also wants to keep people coming to his county, and right now, he is worried about his museum.

“We’re the owners of the public museum’s artifacts, and we’re on the brink of losing accreditation over how dilapidated it is,” he said.

“If we lose that, we lose one of the things that makes our county distinctive…plus, we’ll still be spending more to protect the artifacts.”

A Milwaukee County without its unique features threatens its economic vitality.

“We’re dealing with deferred maintenance across the board, and that means we haven’t been able to invest in the parks and things that make this county a great place to be,” Crowley said. “Our sheriff’s office floods, so we need to make improvements to our public safety building just so it can function properly.

“Of course, we want to take care of the bread-and-butter features like roads and bridges, so that the workforce and the commerce that we bring here have a good experience,” he noted.

In rural Dunn County, N.D., Commissioner Daryl Dukart feels good about the pace of bridge replacement and repair but worries about the state of the county’s 60 miles of paved roads.

“We’re seeing the energy industry and the agriculture equipment getting bigger and wider, and truckloads are getting longer and heavier,” he said. “We’re seeing more and more accidents involving ag equipment and residents. Little misdemeanor things, but no fatalities.”

No fatalities so far. Widening roads will help keep it that way, and those heavier loads will start to wear on the road surfaces faster than the engineers would have predicted when they were built.

Buch is seeing the same in Lane County, thanks to the longer and hotter wildfire seasons. Though central Oregon’s economy grew from logging, now most of the trucks carrying trees are hauling cleanup loads of burned trees and the accompanying hazmat trucks.

“Our main arterial roads are being used extraordinarily more than normal because we have to do all these cleanup trips,” Buch said. “That kind of heavy traffic was never expected for these roads. They’re getting battered and won’t be able to keep up — they need to be reinforced.”

That’s what Dukart is seeing from North Dakota counties who haven’t been beneficiaries of revenues from the Bakken shale extraction boom.

“Other counties in the east aren’t as lucky,” he said. “They have a lot more bridges that need refurbishing or rebuilding. And a lot of those areas have greater needs for water development and broadband.”

In Ramsey County, the smallest of the large urban counties, McGuire said planners are looking for the area of greatest impact.

“We have a ton of needs. We want to do it all, but we’re very focused on housing,” she said.

It’s a back-to-basics move for the Minnesota county where people left out in the street during the winter face potentially deadly conditions on a nightly basis.

“We’re focusing on housing affordability and the kind of housing that allows for services to be provided,” she said. “We have the most concentrated areas of poverty in the state, and until we address that, we won’t be focusing on the area of greatest impact for what we as a county can do. Why would we want these structures without the people working in them? We plan our infrastructure planning to put humans in there.”

Of course, the pandemic has forced the county to reevaluate its hard infrastructure needs in terms of office space and what it needs to maintain or even own.

“Maybe we don’t need all the buildings we did before,” McGuire said. “We’re reassessing everything we do.”