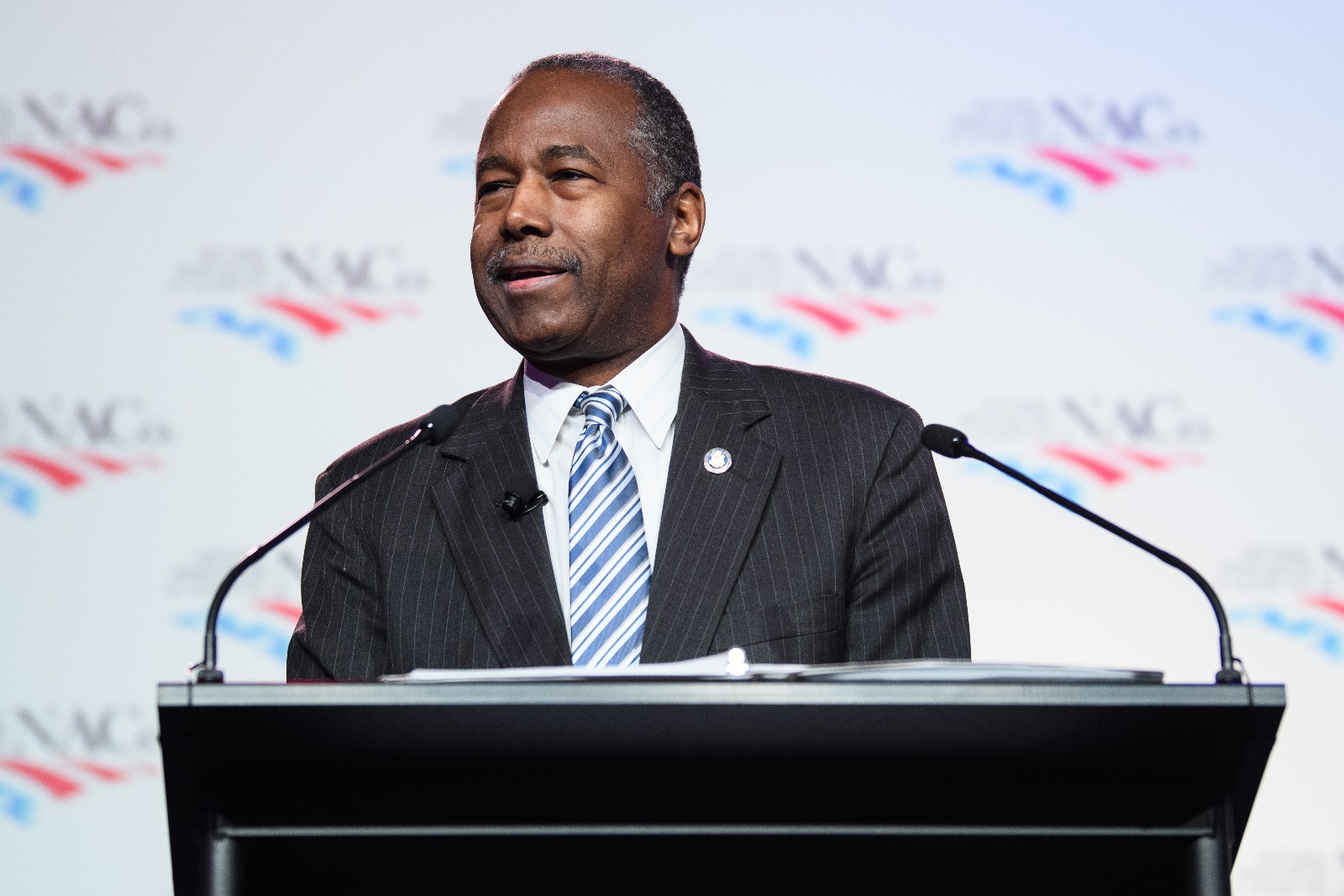 Carson said one of the biggest challenges in America is affordable housing, adding that HUD is working with local leaders to provide counties with housing affordability options.

Carson chairs the Council on Eliminating Regulatory Barriers to Affordable Housing, which President Trump established through an executive order last summer. The multi-agency council engages with state, local and tribal leaders to examine obstacles impeding the production of homes.

“Our job at HUD is not to proclaim on high what county representatives do, but rather to let local leaders lead,” he said.

NACo members have participated on the federal level on housing issues at White House councils and roundtable discussions, he noted.

“On the whole, federalism has local leaders fundamentally set the height of regulatory barriers of affordable housing,” he said.

“It’s local leaders who know their own communities much better than Washington bureaucrats and our new rule reflects that,” he said.

In an interview with County News prior to his speech, Carson said county officials are in the perfect position to tackle regulatory barriers, which are some of the biggest hurdles to affordable housing.

“When you look at federal, state and local regulations, local are about 80 percent of the barriers that prevent us from being able to create affordable housing,” he said.

He said one of the biggest challenges to affordable housing is NIMBYism, an acronym for “not in my backyard.”

“A lot of people think the government still comes in and builds these gigantic multi-family structures with little forethought or afterthought, which of course rapidly deteriorates and becomes the latest crime and poverty,” he said. “Well, government doesn’t do that anymore. Now we’re talking about public-private partnerships, mixed income developments, much smaller and consistent with the character of the neighborhood.”

“Each county official has a sphere of influence and it’s much greater than they think,” he said. “It can be used to really move counties in the right direction.”