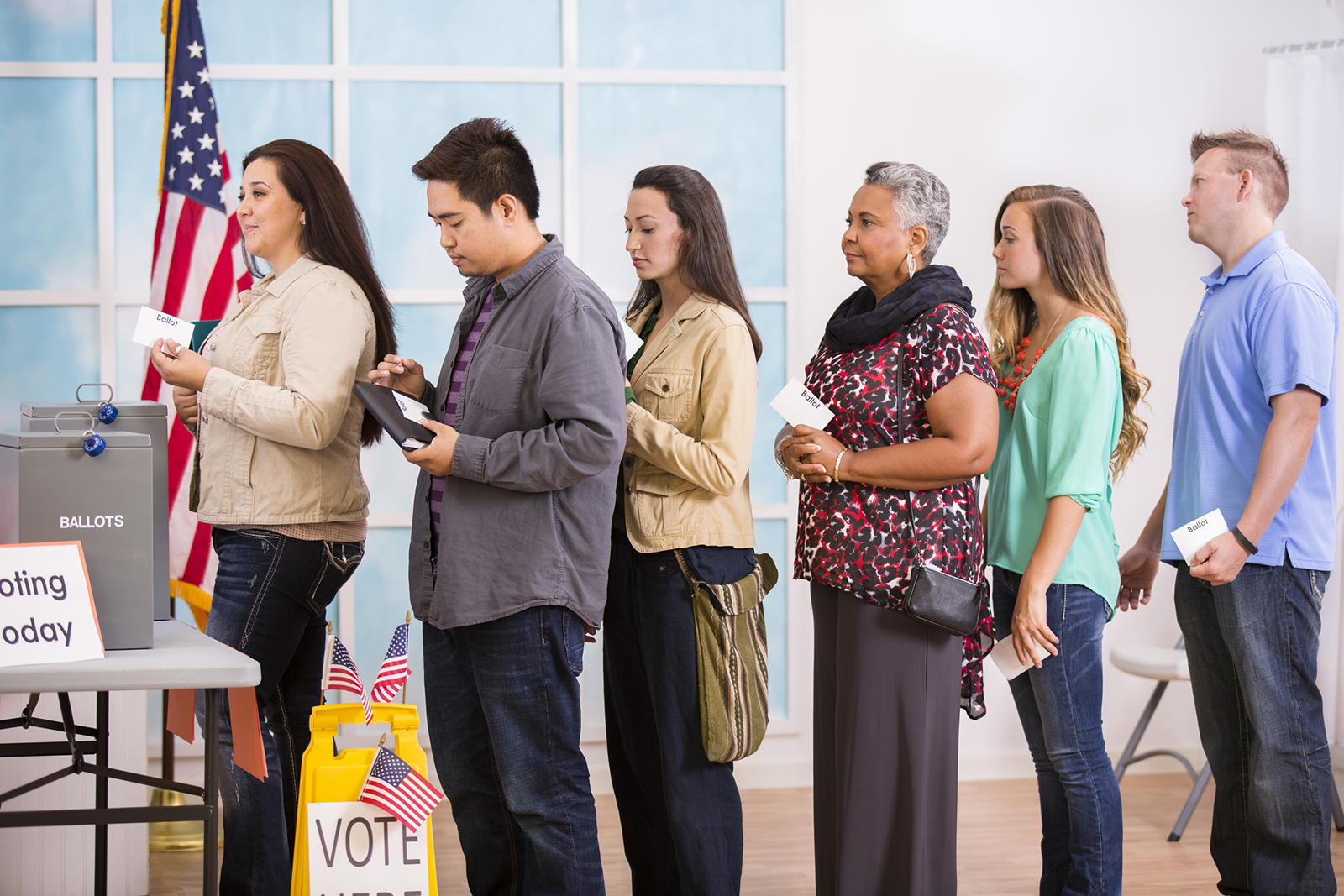 County election officials and the Minnesota Secretary of State are being sued for violating the First Amendment in Minnesota Voters Alliance v. Mansky now before the U.S. Supreme Court. In its Supreme Court amicus brief,  the State and Local Legal Center (SLLC) argues that states and local governments should be able to ban political apparel at polling places. At least eight states (Delaware, Kansas, Montana, New York, South Carolina, Tennessee, Texas, and Vermont) other than Minnesota have enacted similar bans.

At issue is a T-shirt and a political button. Andrew Cilek was temporarily prevented from voting for wearing two items of political apparel: a T-shirt that stated “Don’t Tread on Me,” with a picture of the Gadsden Flag and a small Tea Party logo; and an Election Integrity Watch (EIW) button that stated “Please I.D. Me” with EIW’s website and phone number.

The Eighth Circuit held that Minnesota’s law is constitutional citing Burson v. Freeman (1992). In that case the Supreme Court upheld a Tennessee statute that banned the solicitation of votes and campaign materials within 100 feet of the polling place.

The Minnesota Voters Alliance, which brought the suit against Hennepin County and Minnesota state election officials, argues the statute is unconstitutionally overbroad describing it as having a “breathtaking reach” that criminalizes “all political speech that can be communicated through shirts, hats, buttons, and other apparel,” even though that speech assertively “imposes no demands or burdens on others.”

The SLLC amicus brief responds to the other side’s arguments head-on. “Far from marking out a ‘breathtaking’ scope, Minnesota’s statute addresses speech in only one very limited and specialized location: the polling place.

The law is directed at a type of display that threatens to interfere with the right of voters to cast their ballots freely, without intimidation or disruption. And it states a reasonable rule that has been applied by numerous states — without challenge or, for all that appears, any significant limitation on political debate — for over a century.”

The case was heard Feb. 28. A decision is expected before the end of the term.